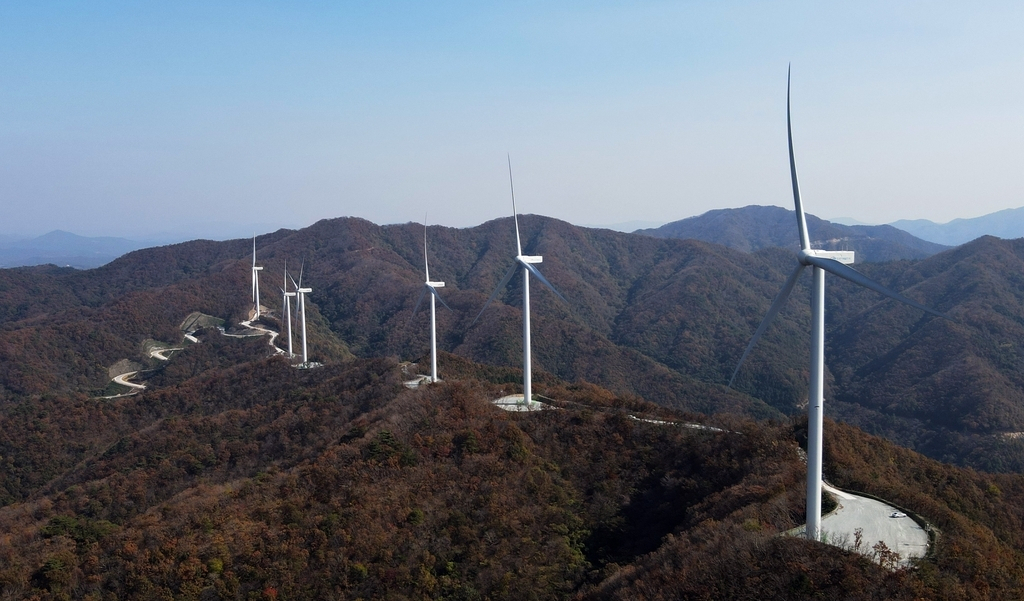 The ratio was three times higher than that a decade ago. It marked the first time for the share to surpass the 7 percent level.

The volume of power generated from solar power, wind power and other renewable energy sources was also up 3.5 times from 10 years earlier.

The proportion of electricity coming from liquefied natural gas (LNG) surged to 29.2 percent from 22.7 percent over the cited period.

In contrast, coal-fired thermal power accounts for 34.3 percent of the country's electricity output last year, down from 40.8 percent in 2011.

The ratio for nuclear power plants also declined to 27.4 percent from 31.1 percent due to the previous government's policy to cut back on nuclear power generation.

But the new Yoon Suk-yeol administration, which took office May 10, is committed to expanding the proportion of electricity generated from nuclear power. Asia's fourth-largest economy presently operates 24 nuclear reactors. (Yonhap)