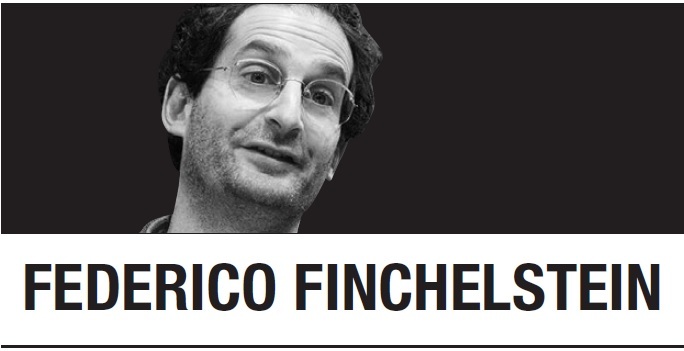 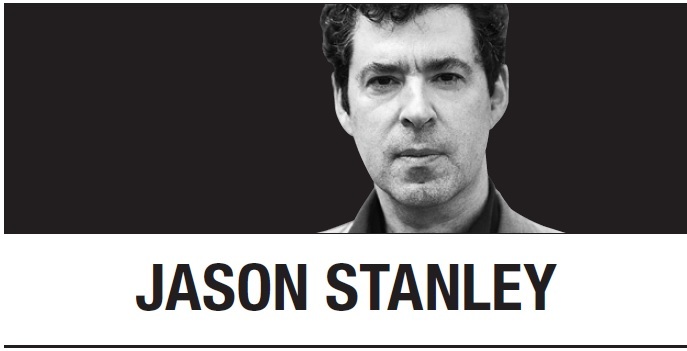 Since Anders Breivik killed 77 people in Norway in 2011, mass murders in the name of white replacement theory (WRT) have become prevalent. Many of these killers, including Breivik; Brenton Tarrant, the Christchurch shooter; and Payton Gendron, the suspect in the massacre in Buffalo, New York, are self-identified as fascists.

And yet, it’s easy to miss or even downplay WRT’s fascist origins and its current manifestations.

It’s not surprising that this resurgence of WRT comes as fascist political tactics -- banning books and viewpoints associated with the political left, demonizing and then imprisoning members of the political and minority groups, creating tiers of citizenship between members of the dominant racial group and destroying democratic processes -- are on the rise. WRT and its ideological predecessors have been central to fascist movements in Europe, Asia, the United States and elsewhere.

Today we’re seeing an emergent wave of new right-wing populist leaders throughout the world. And as with fascist leaders of the past, much of their political power is derived from questioning reality; endorsing myth, rage, and paranoia; and promoting lies. In this context, WRT is increasingly normalized. From Donald Trump to Viktor Orban, prime minister of Hungary, these fascist ideas are shared at the highest level of so-called illiberal politics.

WRT, for instance, is central to Orban’s explicit governing ideologies and also to the messages of powerful public figures such as Fox’s Tucker Carlson. Just days before addressing the Conservative Political Action Committee, which chose to convene in Budapest, Hungary’s capital, Orban placed WRT at the center of state ideology, declaring: “I see the great European population exchange as a suicidal attempt to replace the lack of European, Christian children with adults from other civilizations -- migrants.”

These major figures have normalized WRT. The distortion of truth in the name of promoting an alternate reality is a phenomenon common in fascist history. In this context, the idea of replacement as a form of corruption and contamination is central to understanding the history of fascist thought.

In “Mein Kampf,” Adolf Hitler wrote: “This pestilential adulteration of the blood, which hundreds of thousands of our people take no account, is being systematically practiced by the Jew today. Systematically these black parasites in our national body corrupt our innocent blond-haired girls and thus destroy something which can no longer be replaced in this world.”

Mussolini, likewise, advocated racial paranoias about the decline and replacement of the “white race.” In 1934, Mussolini wrote that defending the white race was a “matter of life or death” and posed this as a key political issue: “It is a question of knowing whether in the face of the progress in number and expansion of the yellow and black races, the civilization of the white man is destined to perish.” This text laid the ground for the racism and segregation imposed by Italians during the war against Ethiopia in 1935 and later the racist and antisemitic laws of 1938.

In the United States, the fantasy of racial replacement goes back centuries. In 1892, Ida B. Wells, in “Southern Horrors,” sources the justification of the racial terror of lynching in white male horror at the prospect of white women having children as a result of consensual relationships with Black men.

Madison Grant’s highly influential 1916 book, “The Passing of the Great Race,” focused on the replacement of whites in America by intermingling with Black people, as well as with immigrants, such as “Polish Jews.” All of these groups were considered by Grant to be existential threats to Nordic Americans, the most important of America’s “native class.” (Grant, it should be noted, was fine with the presence of Black people in America, as long as they played a subordinate role).

Grant’s book was an exercise in scientific racism, arguing that “Nordic whites” are superior intellectually, culturally, and morally. The manifesto written by the alleged Buffalo killer had 10 pages on scientific racism.

Democracy is essentially a system based around two values -- freedom and equality. Fascists promoted the idea of replacement as a way of arguing that democracy and its ideals were incompatible with the nation. The very first chapter of Grant’s book is “Race and Democracy,” in which he contends that democracy is a threat to Nordic supremacy, because democracy leads inevitably to greater immigration and equality between races.

In fascist ideology, true national consciousness is pitted against domestic “enemies,” who are against national forms that are racially, ethnically or religiously homogeneous. These domestic “enemies” are invariably institutions and individuals who champion democracy and its ideals. The Indian nationalist ideologue M.S. Golwalkar, the ideological founding father of BJP, the right-wing Hindu party of Narendra Modi, argued against the idea that a nation was composed of all of its inhabitants and rejected the idea that every citizen of India had equal rights to freedom. Like Grant, Golwalkar regarded democratic ideals as a clear threat to his vision of the nation.

If enemies are people who either look, think or behave differently and their mere existence poses a threat to the imagined homogeneity of the nation, it is not surprising that the most radicalized believer would carry out mass murders.

And, of course, we see it in Russia’s invasion of Ukraine. Ideas of replacement are central to Russian extremist, nationalist, antisemitic and fascist traditions. They motivate the nature of its attack in Ukraine, such as wiping out Ukrainian identity culturally and physically. Vladimir Putin also considers liberal democracy as an existential threat to Russian cultural greatness, and, by extension, to the Russian nation.

The link between WRT and fascism is not accidental. WRT is a relatively recent label for old fascism. In terms of propaganda, it is a rebranding of the same thing, namely long-standing fascist paranoias and lies about invasion and racial and political replacement. WRT’s logic justifies mass violence. When it is normalized, it poses an existential threat to democracy and its ideals. It targets the very idea of common humanity that underlies them.