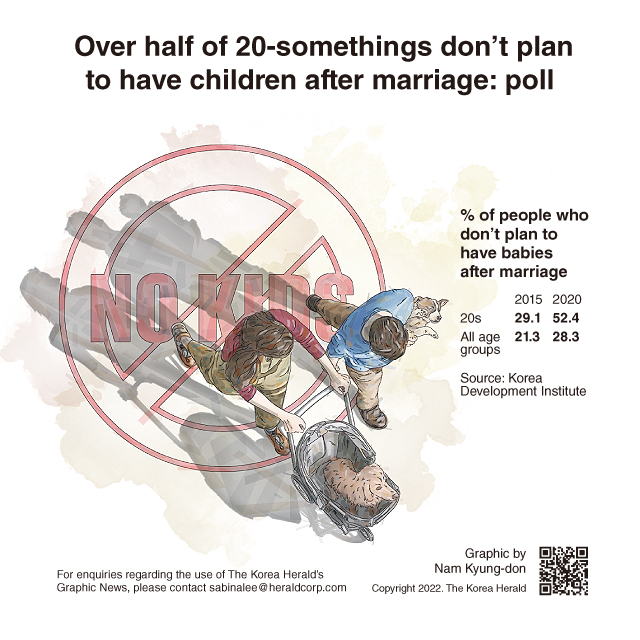 More than half of single 20-somethings in South Korea do not want to have babies after marriage apparently due to concerns over high child-rearing costs in the country, a poll showed.

According to a survey reported in a monthly economic journal by the state-run Korea Development Institute, 52.4 percent of unmarried Koreans in their 20s think it is OK not to have children after tying the knot.

The percentage is sharply up from 23.3 percent in the same survey conducted five years earlier.

In contrast, 28.3 percent of the surveyed said they plan to have children after marriage, up seven points from five years ago.

The findings are widely seen as showing a change in young Koreans’ perception that having babies after marriage is not a must, but an option. (Yonhap)