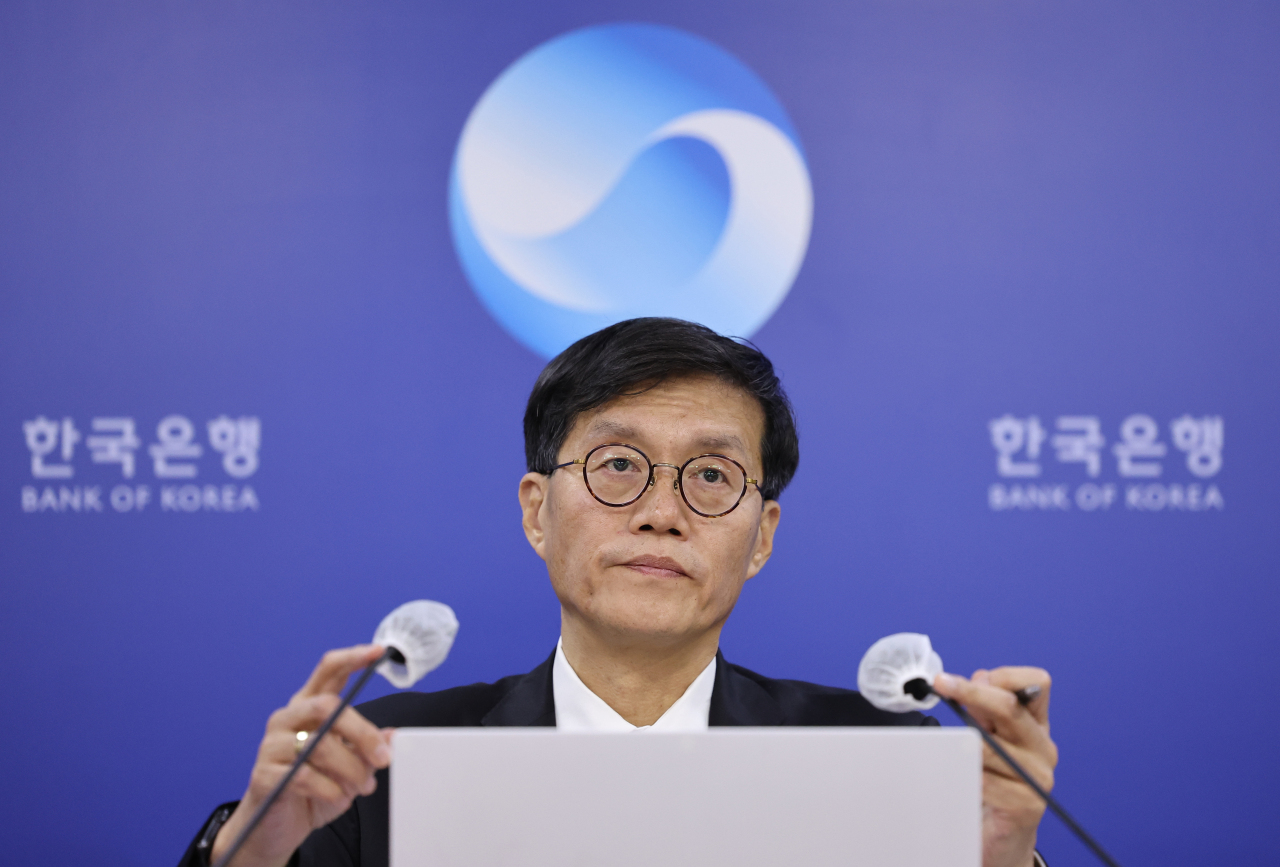 Bank of Korea Gov. Rhee Chang-yong. (Yonhap)
Self-employed workers will likely bear the brunt of the Bank of Korea’s rate hike on Thursday, the fifth raise since August last year from the central bank’s record low of 0.5 percent amid persistent inflation, a credit ratings agency said Friday in a report.

The self-employed in 2020 spent 46 percent of their annual income amid falling earnings to settle debt while households used 34 percent on average to do the same, according to Korea Investors Service.

Korea would see the number jump to 51 percent this year, if their earnings continue falling and interest rates jump 2 percentage points on-year, the agency said.

Analysts said the BOK could lift the rate up to 2.75 percent by year-end -- a 1.75 percentage point jump from 1 percent as of end-2021-- to tame soaring prices and keep the rate premium over the US, which is expected to back raises taking the target range to between 2.75 percent and 3 percent by 2022.

About 23 percent of self-employed people were considered unable to pay interest on their maturing loans in March last year and that the number of those who default on loans could jump to 29 percent, the agency added.

Korea Investors Service also warned of a spillover of defaults by self-employed individuals who had to borrow money from nonbanking institutions, such as insurance and card companies, because their credit ratings were lower than their peers using bank money.

Four out of 10 self-employed people took out loans from nonbanking institutions last year, according to the agency.

Meanwhile, BNP Paribas expected Korea’s benchmark rate to rise to 2.75 percent by year-end, saying the bank was eyeing a “second round of effects.” The BOK’s upward revision of its inflation forecast was a sign the central bank would keep to its tightening policy, the bank noted.

The BOK raised its inflation forecast for this year to 4.5 percent from the previous 3.1 percent, betting on a 4 percent range next year. It was the first time the target was set at a 4 percent range since July 2011, when the central bank projected 4 percent.

Morgan Stanley said the BOK would back three more rate raises -- all by 25 basis points -- to fix the rate at 2.5 percent by 2022. The hikes to come represents a “normalizing policy” rather than aggressive tightening, the investment bank said.