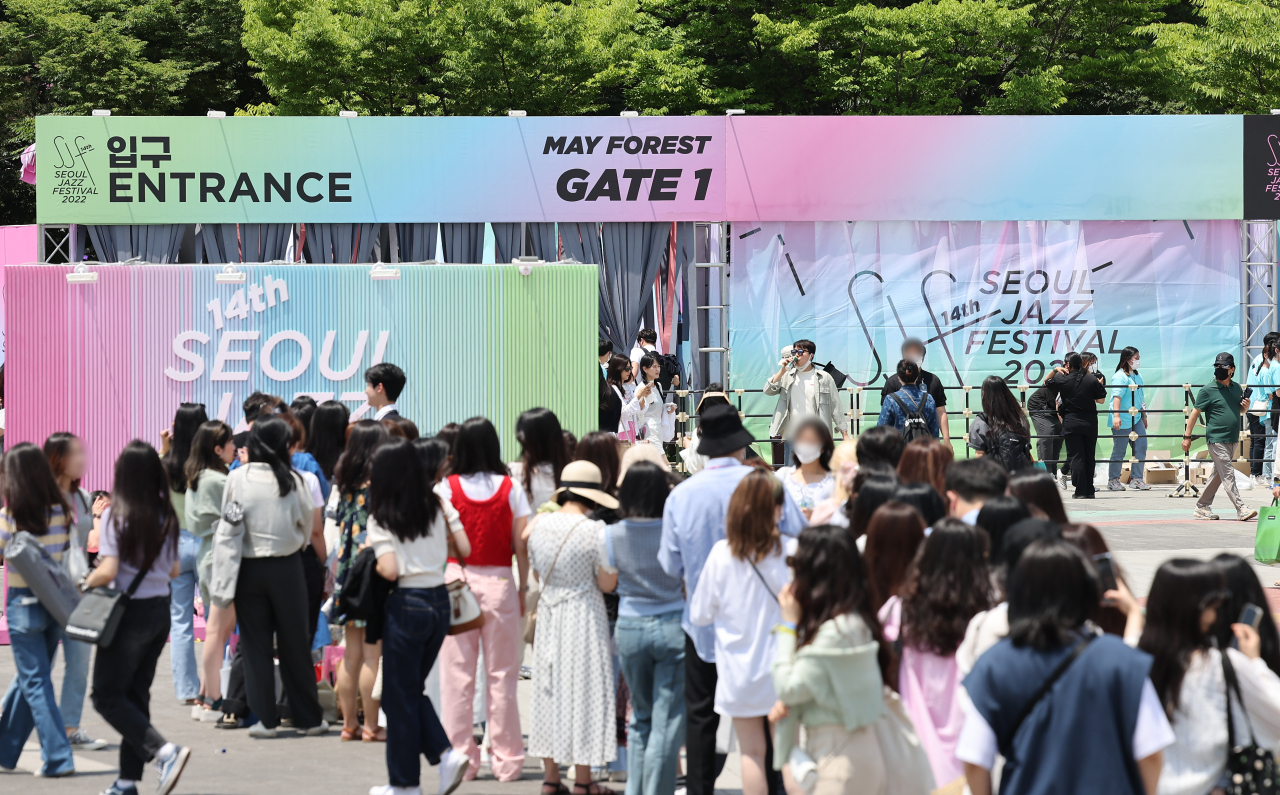 People wait in line to enter the venue of Seoul Jazz Festival, which took place at the Olympic Park’s 88 Jandi Madang, in southeastern Seoul, on Friday. (Yonhap)
Seoul Jazz Festival, a landmark annual outdoor jazz fest, kicked off its three-day concert series on Friday. The in-person festival resumed after a two-year break as South Korea scrapped most of its COVID-19 social distancing restrictions.

This year’s Seoul Jazz Festival took place at the Olympic Park’s 88 Jandi Madang in southern Seoul. While Friday’s performance was set to run from 1 p.m. to 10 p.m., some of the audiences came as early as 8 a.m. to get in a line to reserve the best spots.

The first day of the festival began with Los Angeles-based jazz trio Moonchild, who visited Korea for the first time to meet local fans. It was followed by British singer-songwriter Etham, who was also in the country for the first time. The artist performed his new song, “You’re the Reason,” which was released an hour ahead of his performing schedule. 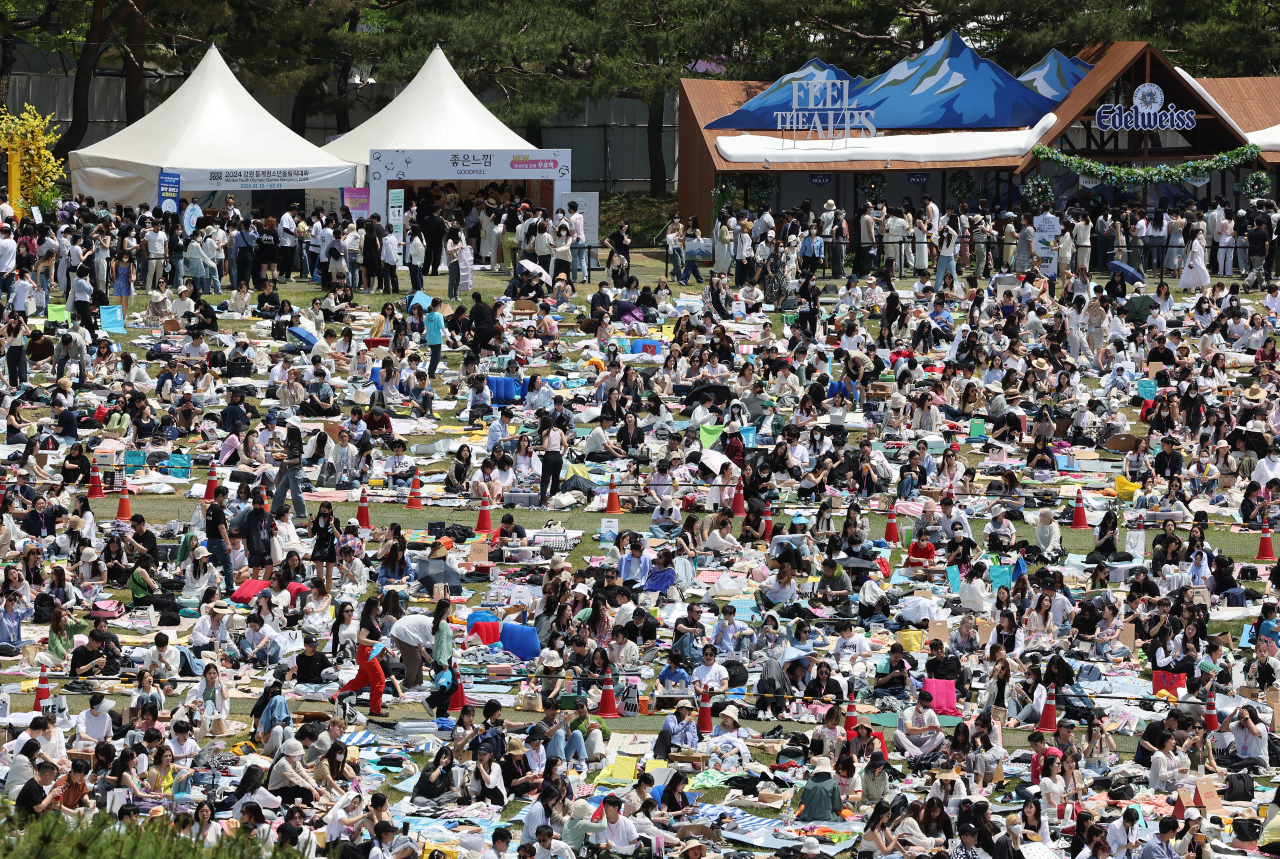 On Thursday, the singer-songwriter held a press conference with local reporters in Seoul and hinted that he is going to be a “spontaneous” performer onstage on Friday evening.