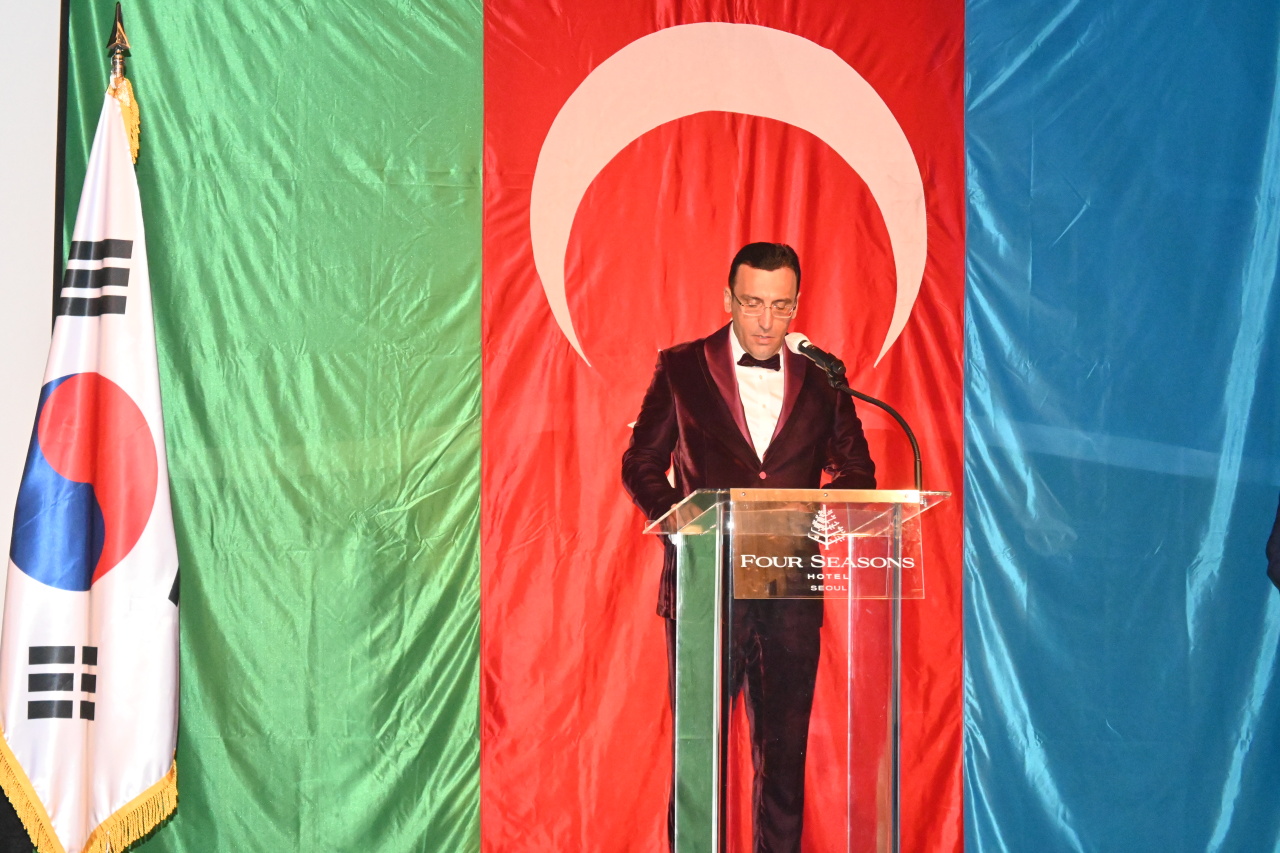 Outlining his country’s recent history -- from becoming the first democratic republic in the Muslim East in 1918 to being incorporated into the Soviet Union and regaining independence in 1991 -- Teymurov applauded Heydar Aliyev, the third president of Azerbaijan from 1993 to 2003, for his far-sighted policy in leading the then-newly independent Azerbaijan.

The ambassador also highlighted the 30th anniversary of Azerbaijan-Korea diplomatic relations, contacts and exchanges and achievements between the two countries.

“The new Korean government will contribute to the further development of bilateral relations between our countries,” the minister added.