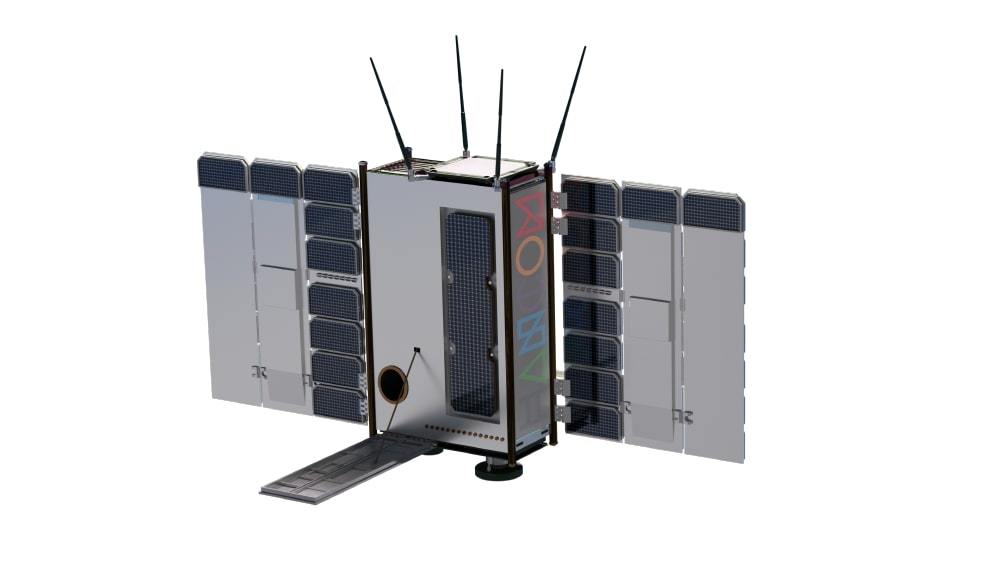 According to the firm, the satellite named Sejong-1 was carried on a Falcon 9 rocket developed by US firm SpaceX. The rocket blasted off from the Kennedy Space Center in Cape Canaveral, Florida at 2:35 p.m. on Wednesday.

A Hancom official confirmed that the satellite entered its targeted orbit and successfully made communication with the ground control station about eight hours after liftoff.

Sejong-1 is a 10.8-kilogram low-orbital satellite. It will orbit the Earth 12 to 14 times a day at 500 kilometers above the ground. Hancom built the satellite through a partnership with US space data firm Spire Global.

"The satellite will undergo a testing phase for a month before it begins its mission to secure image data of Earth observation," said the official.

The company said it will first target regions in Asia and the Middle East, where agricultural countries and conflict areas have higher demand for satellite image data, and expand services to other areas.

Through the launch of Sejong-1, the company aims to set up the world's only video data service belt that covers space, aviation and ground based on satellites, drones and ultra-high-resolution sensors.

According to the group, Hancom plans to launch four more satellites through 2024. The next, Sejong-2, is scheduled for blastoff in the first half of next year. The company said the goal is to have 50 or more satellites in space within the next five years to have a cluster satellite system.

Hancom acquired InSpace, a local firm specialized in space and drones, in 2020 to strengthen its space businesses.

"With the recent outbreak of war and rising issues of national security, the demand for satellite image data has been increasing quickly and related markets have been growing rapidly," said Choi Myung-jin, CEO of Hancom InSpace.