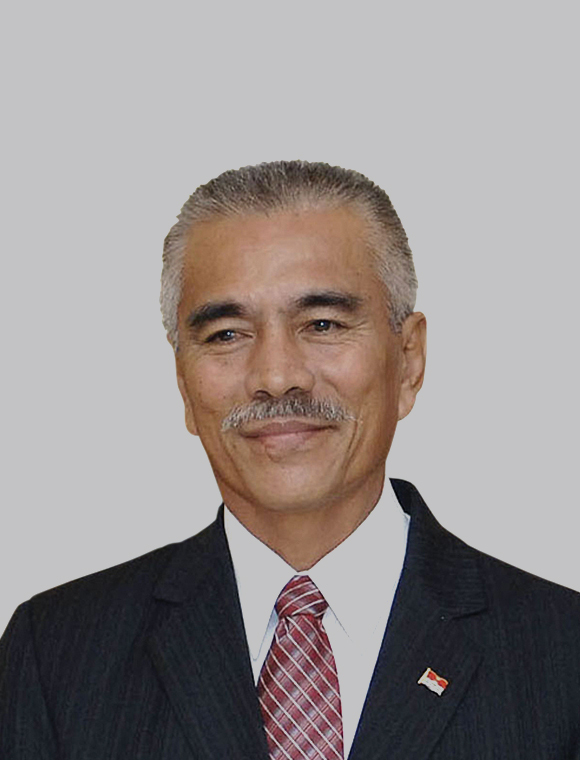 “Hurricane Katrina hit the southeastern US in 2005, at a time when many parts of the country were still in denial of climate change,” Tong said. “The scale of destruction caused by that hurricane left even the most economically developed country on the planet struggling.”

Citing bush fires in the western US and Australia, unprecedented wildfires in the Amazon and Siberia, melting of ice sheets in Greenland and the Arctic region, Tong says that the crisis affects the entire world.

“(The developed world) which once regarded climate change as not only irrelevant but inconvenient to its economic priorities, were beginning to wake up and realize that climate change is a threat to them as well -- not only to those of us in low-lying island countries,” he said.

“They’re starting to see that the impacts of climate change are not confined to a rise in sea level,” he said.

He said that the UN Intergovernmental Panel on Climate Change was slow to attribute climate change to human activity, but a general consensus that humans were causing climate change has been in place since 2007.

“Since then the subsequent reports of the IPCC, including the latest one released in February this year, made it clear that the window for action was closing,” Tong said. “Unless the global community can arrest the continuing rise in emissions and keep global temperatures below 1.5 degrees Celsius, our future will be in serious jeopardy.”

The sixth assessment report by the IPCC say small island countries have until 2050. Even if greenhouse gases were reduced to zero, sea levels will continue rising, rendering small island nations uninhabitable within this century.

“It is a cry of frustration and of anger at the gross injustice of what is happening -- but more so at the casual dismissal of the plight of those of us on the front line of climate change by the very privileged who continue doing and benefitting from what science now confirms to be an attack on the future of our people, and soon enough, all of humanity,” Tong said.

At climate protest marches, the young people of the Pacific island nation Kiribati shout, “We are not sinking. We are fighting,” he said.

“It is a cry of anger and frustration against the complicit acquiescence of governments which have the capacity to remedy the situation but have instead chosen to become willing participants in this immoral chain of action.”

People of Kiribati and the rest of the Pacific islands have been relocating due to climate change for years.

“People fled from their once thriving villages, and moved to safer locations.”

Then eventually they were having to move out of the country, with many moving to Fiji, Australia, New Zealand and even to the US, he said.

“For our people climate-induced migration is already inevitable,” he said.

“The realities facing small island countries were loud statements to the international community that climate change is real, and that it’s threatening our survival.”