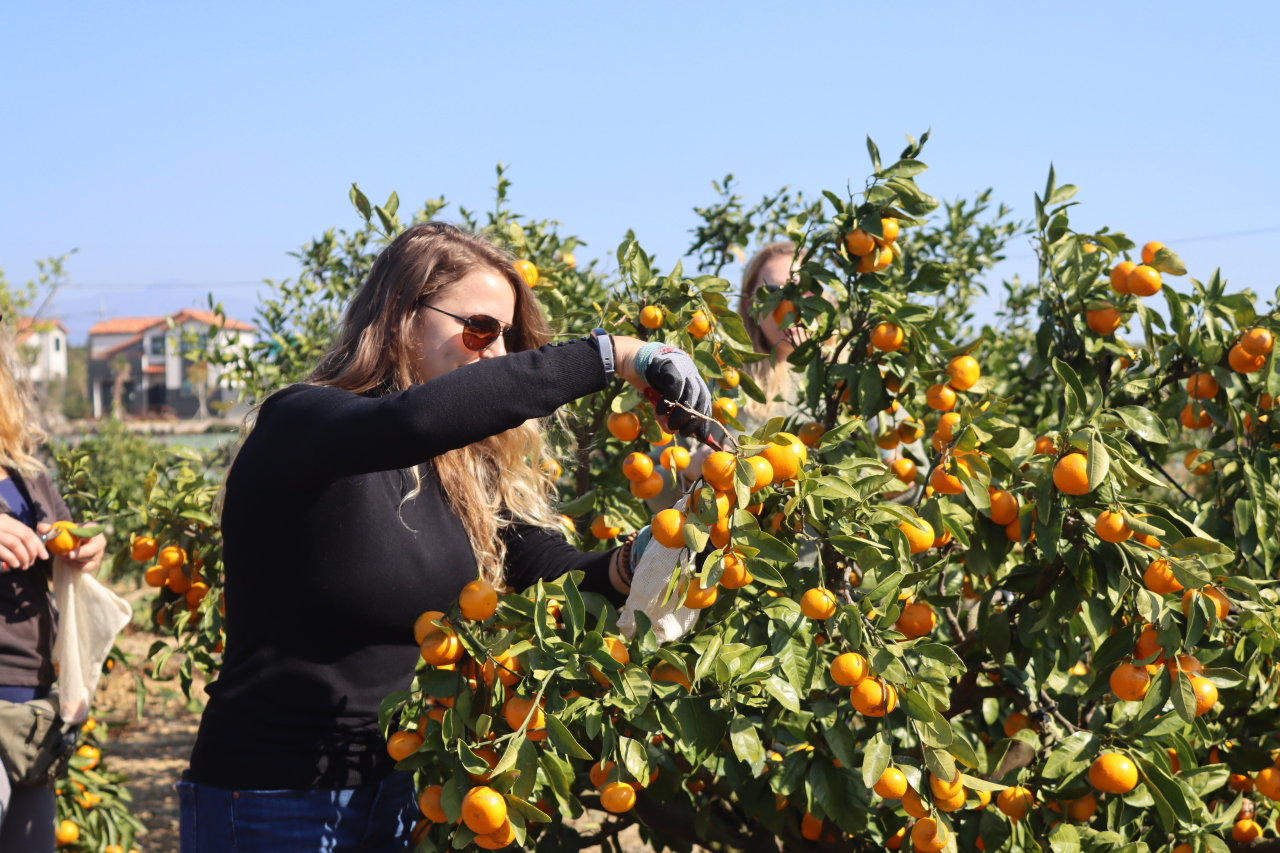 Visitors at Murung Farm pick mandarin oranges. (Murung Farm)
JEJU ISLAND -- The island of Jeju in recent years has become a popular destination among young people who go museum-hopping, try out new water sports and party the night away at guest houses.

However, getting to know the people of Jeju and their lifestyles can be an eye-opening experience that will make you appreciate the volcanic island that is more than just a getaway destination.

As a way to enjoy Jeju, online travel platform Jeju Pass connects users with Jeju residents with their own stories to tell about the island.

Jeju Pass was launched in 2016 by Jeju born-and-raised founder and CEO Yoon Hyung-jun. Seeing Jeju’s nature and traditions being damaged by travelers who are unaware of the island’s culture, Yoon started the tourism platform as a way to make tourism sustainable.

The platform offers a one-stop service, from rental car to accommodation bookings, and cafe recommendations as well as suggestions on places to visit. If you sign up to become a Jeju Pass Green Ambassador, and complete some eco-friendly tasks along your trip, you can donate points earned to Jeju communities and get a package of eco-friendly goods marked with Jeju symbols. 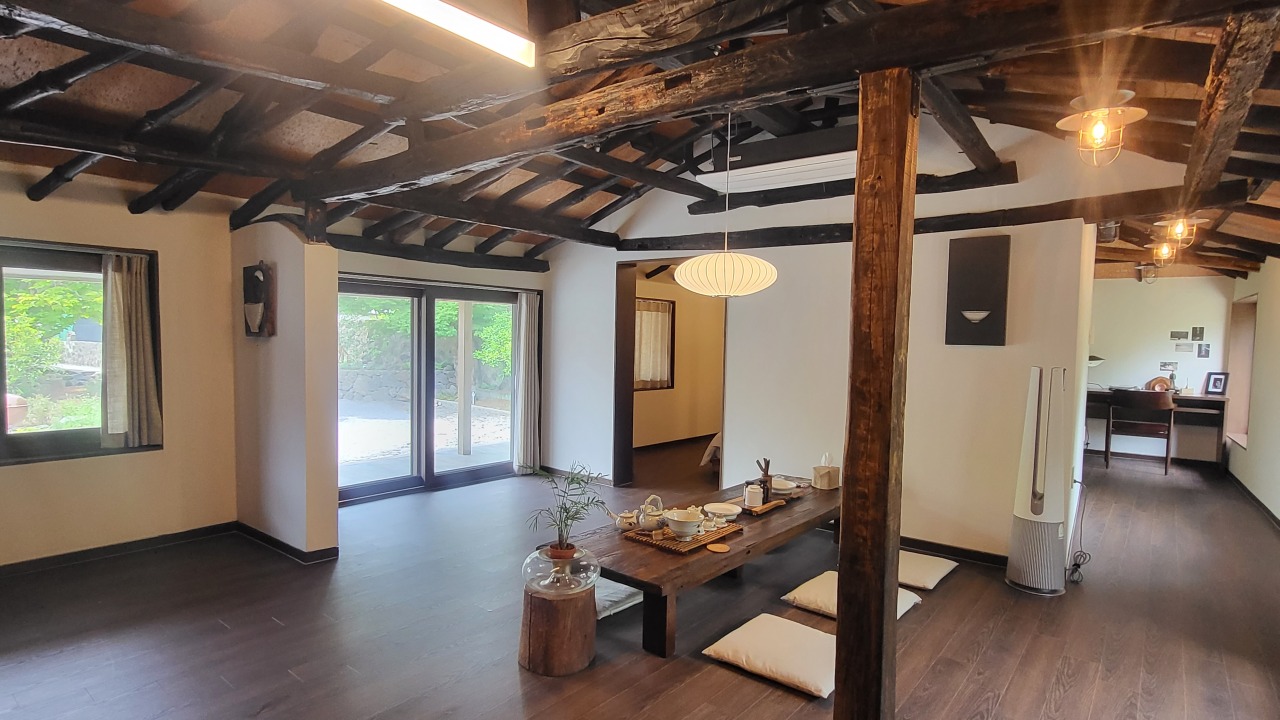 Hacheon House of Wind, which was once abandoned, has been remodeled into an accommodation available for booking on Jeju Pass. The venue will be run as a guesthouse for 10 years before it is given to a Jeju resident in need. (Kim Hae-yeon/ The Korea Herald)
“The list of duties might seem cumbersome at first, but we have received amazing reviews and handwritten letters from our guests who remember Jeju as the most memorable and fulfilling trip,” Yoon said.

Details on Jeju Pass and the Green Ambassador membership can be found at its official website or through the Jeju Pass app.

Below are two destinations that The Korea Herald explored as a Green Ambassador for two days. 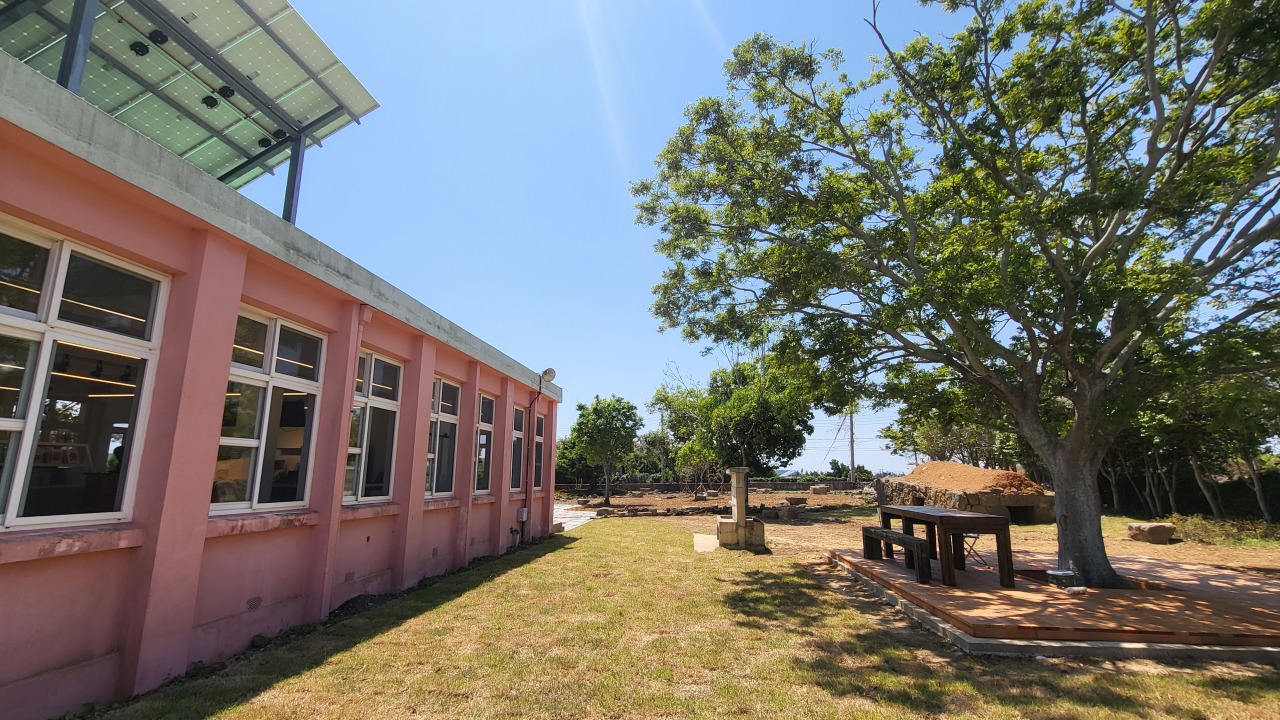 The village enterprise started out as an online subscription service in 2009 and in 2014, expanded to an offline market.

Managed and operated by a group of some 54 village famers and seven staff members who came from outside of Jeju, the agricultural cooperative has grown into a unique destination for visitors who drop by. 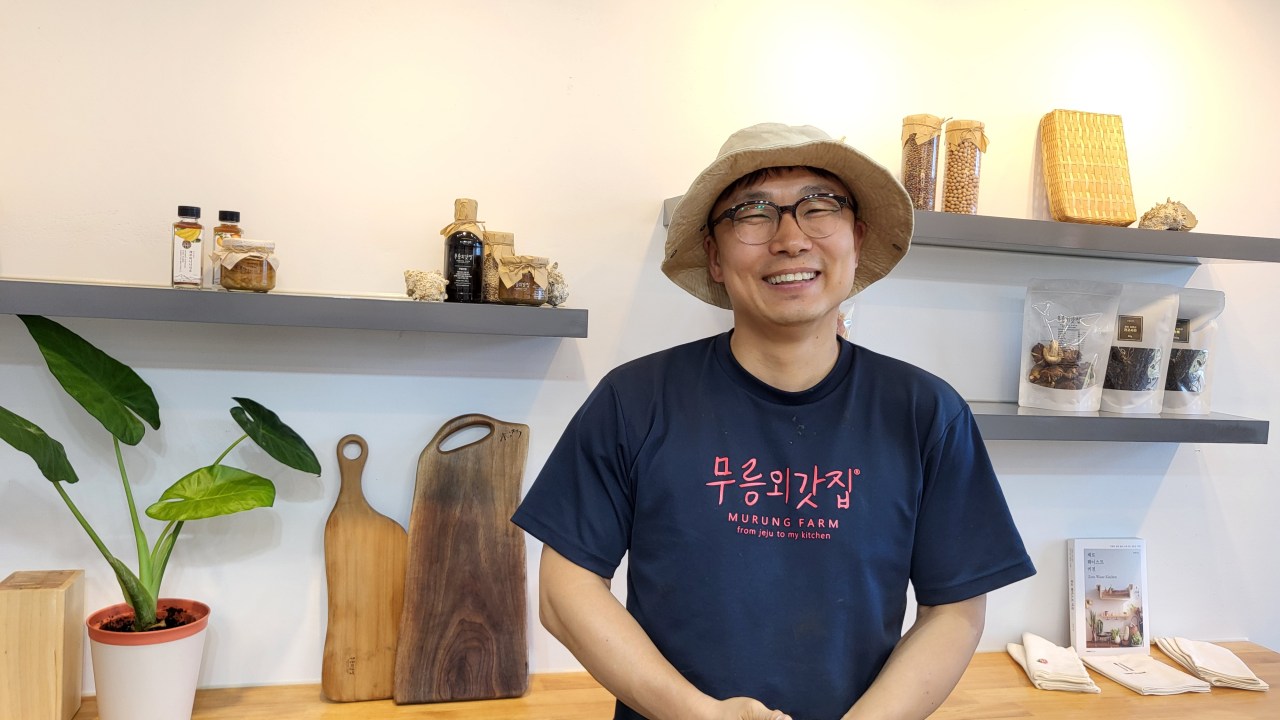 Stepping into the lively market, once an abandoned school building, on a Friday afternoon, music and laughter filled the air and the staff were busy preparing for a cooking class. Kim said that a big part of the community work consists of holding regular gatherings and experiential programs. 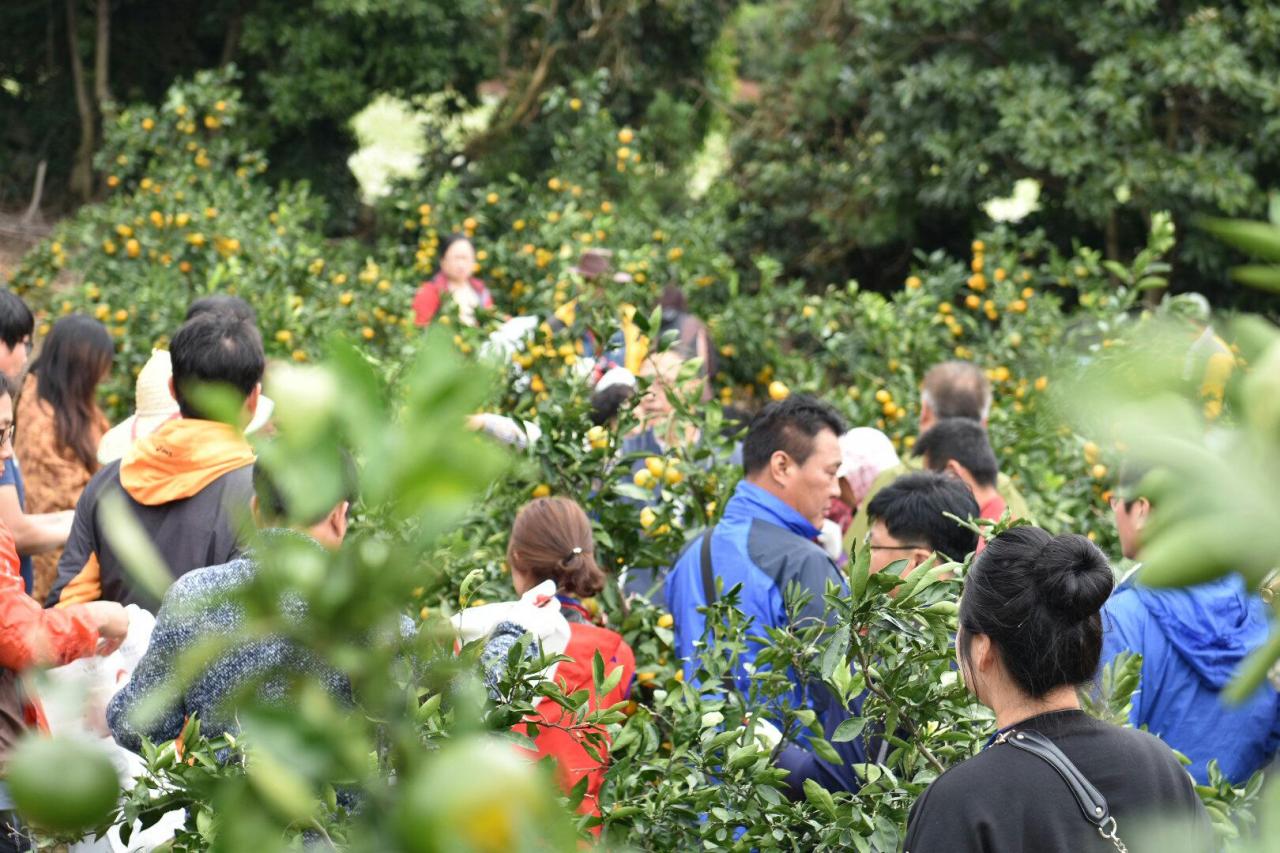 A poster of farmers at Murung Farm who produce, yield and select monthly crops delivered to subscribers. (Murung Farm) 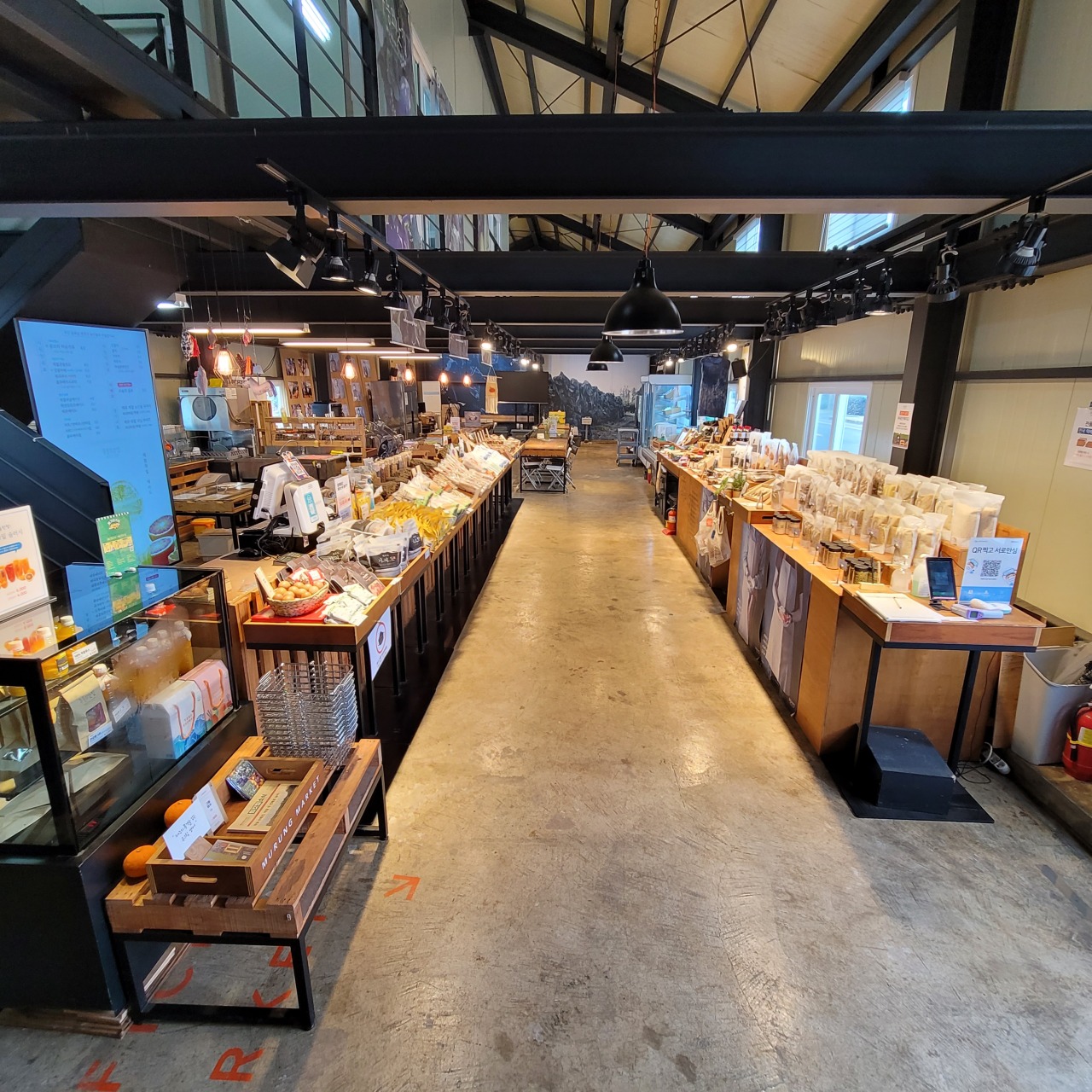 A view of the Murung Farm and its office, located in Mureung-ri, Seogwipo, Jeju Island. (Murung Farm)
“It is not only a matter of consuming our crops, but also encouraging consumers to make thoughtful choices, after watching and enjoying the process of harvesting crops, a rare experience today with people living in hustling cities,” Kim said.

The produce that are to be shipped out are selected by a vote among farmers after a tasting session, a regular evening fixture at the market where the produce the farmers want to present for the month are tasted. 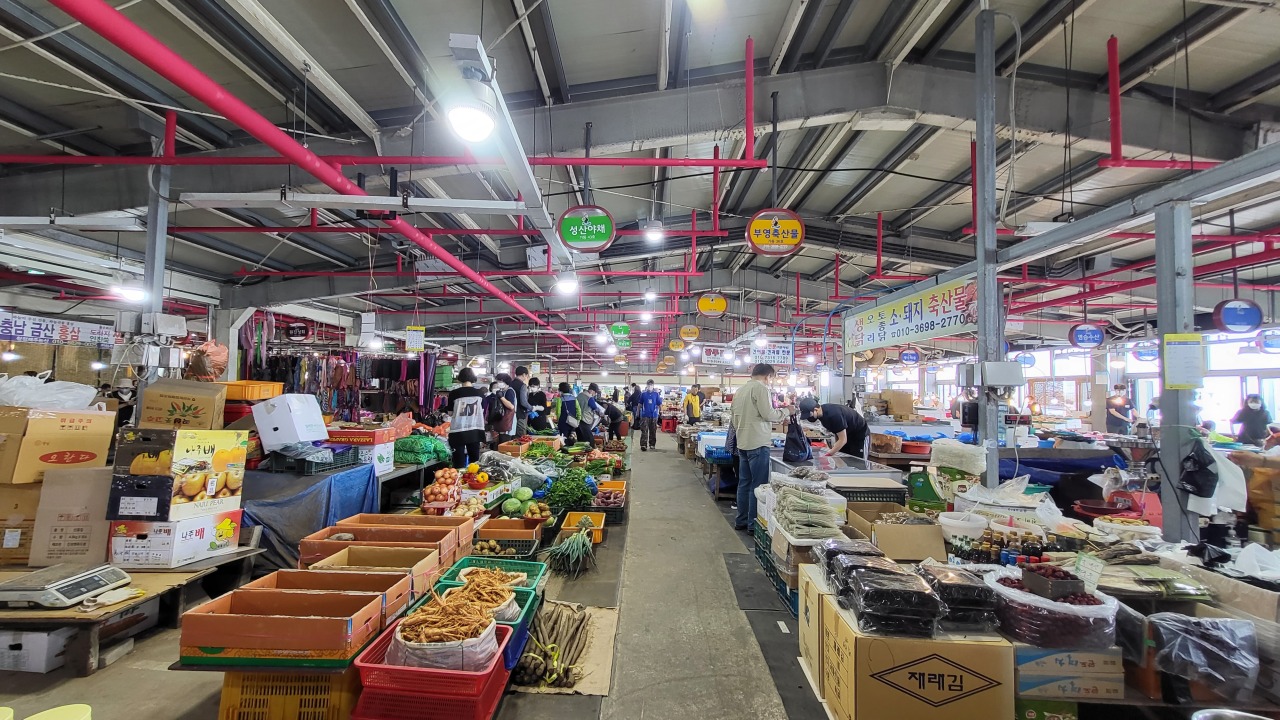 Sehwa is one of the many markets in Jeju, including Hamdeok, Hallim, Goseong, Seongsan, and Pyoseon area, that are known as “oiljang,” which means “market that opens every five days.”

Located near Sehwa Beach and Darangswi Oreum, Sehwa Market opens every five days starting on the fifth day of each month, then on the 10th, 15th, and so on. 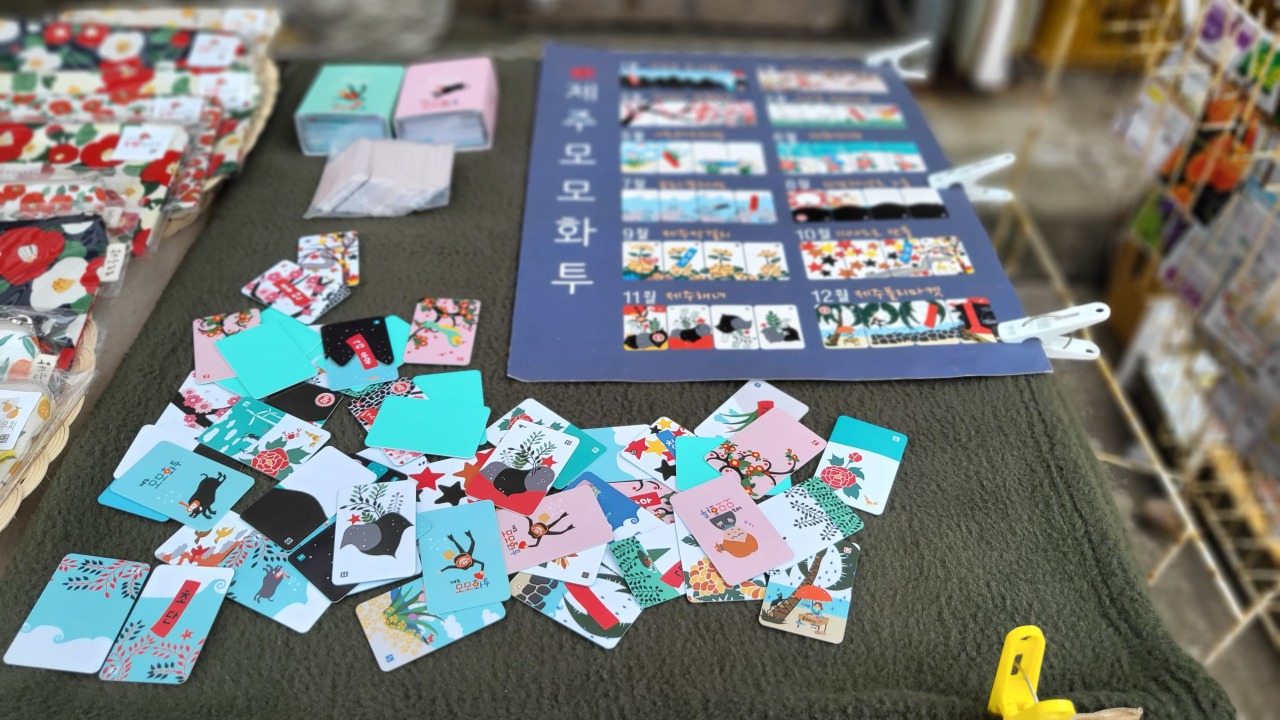 Sets of hwatu, game cards, are on display at Sehwa Market. (Kim Hae-yeon/ The Korea Herald) 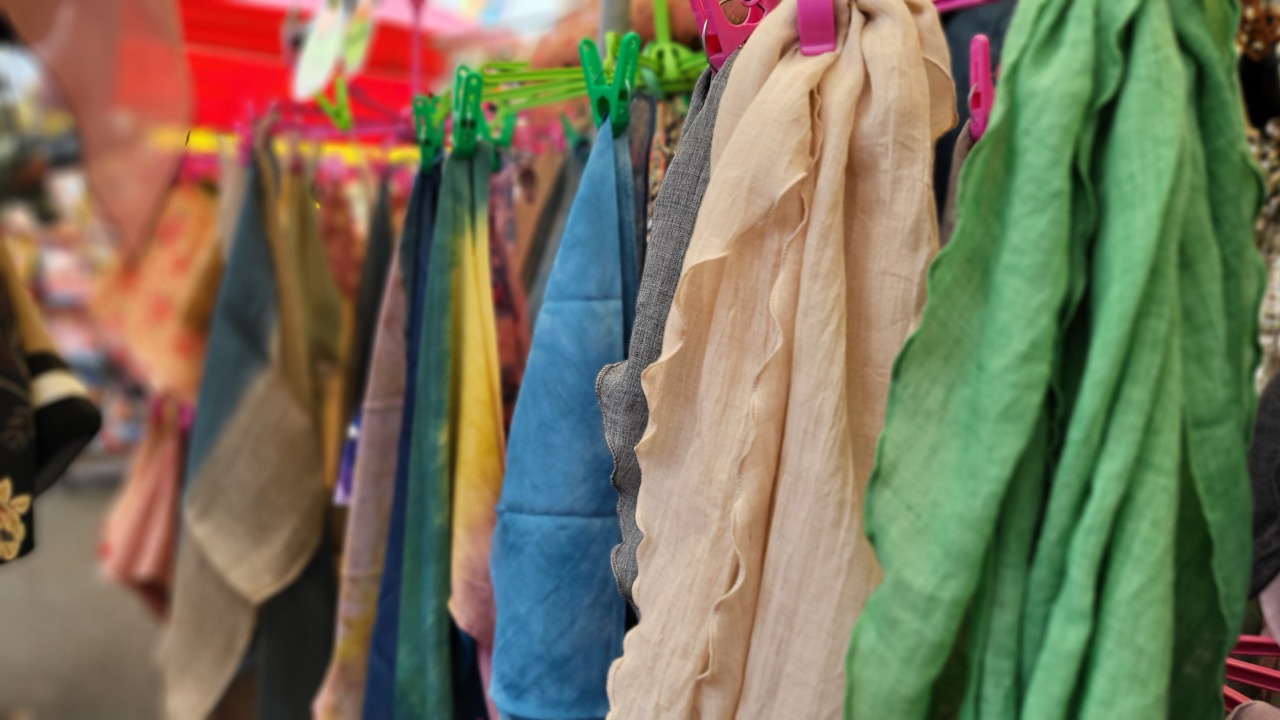 Jeju’s signature gammul scarves, made of natural pigments from persimmon. (Kim Hae-yeon/ The Korea Herald)
The market opens at 3 a.m. and closes by 2 p.m., so a visit after sunrise is recommended as it is when the market is at its most vibrant.

The market seems to hold virtually everything -- seafood and agricultural goods, household items, cooking utensils, clothes and accessories and more.

When you walk toward the end of the market, you will see white chalk marks with numberings. They are called “halmang jangteo,” meaning “grandmothers’ market.”

The oiljang markets on the island have special zones for the elderly, as a form of respect for the people who have lived through painful episodes in the island’s contemporary history.

“I know some folks purposely come to our spots to shop for products that are also displayed in the front aisles. I am grateful to them and to the market staff for such thoughtfulness,” Lee Chan-soon, a merchant in her late 70s, told The Korea Herald.

While all that moving about can be physically taxing, Lee said she feels energized after meeting villagers from different parts of Jeju, and interacting with tourists.

“When foreign visitors come, I use my hands and body gestures to explain each of the spices that I sell,” she said. 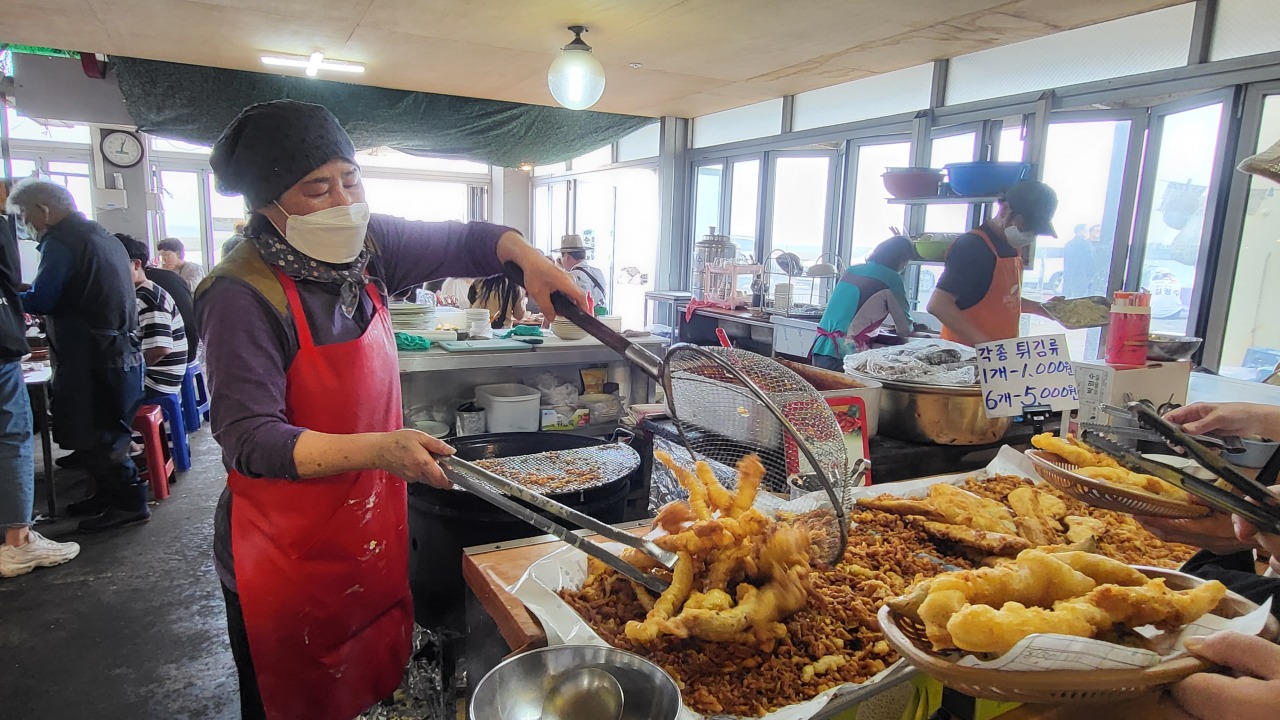 Snack stands are located at the beach side of the Sehwa market, selling assorted fries, dumplings, noodle soups and bingtteok. (Kim Hae-yeon/ The Korea Herald) 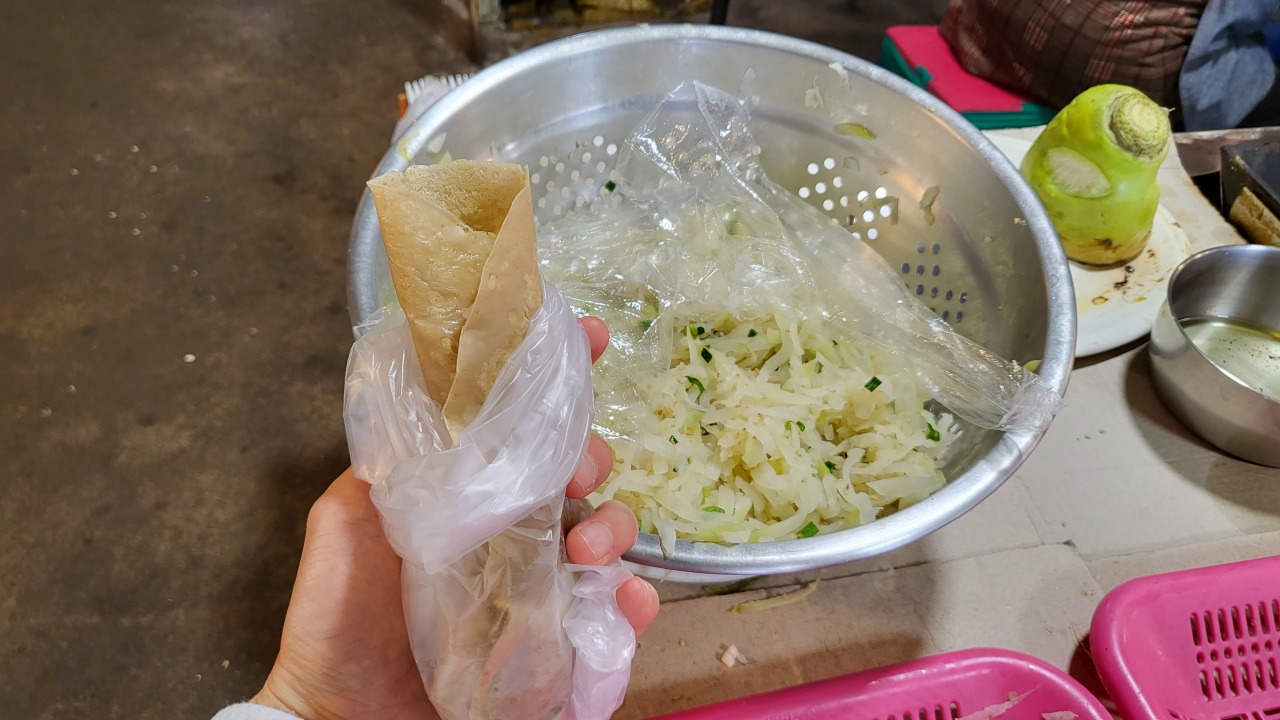 A typical bingtteok sold at Sehwa market for 1,000 won a piece. (Kim Hae-yeon/ The Korea Herald)
If you do not have time to cook during your trip, look for the market’s snack corners. If you are a fan of crepes, try the freshly made “bingtteok,” Jeju’s buckwheat wraps stuffed with radish that costs only 1,000 won apiece.