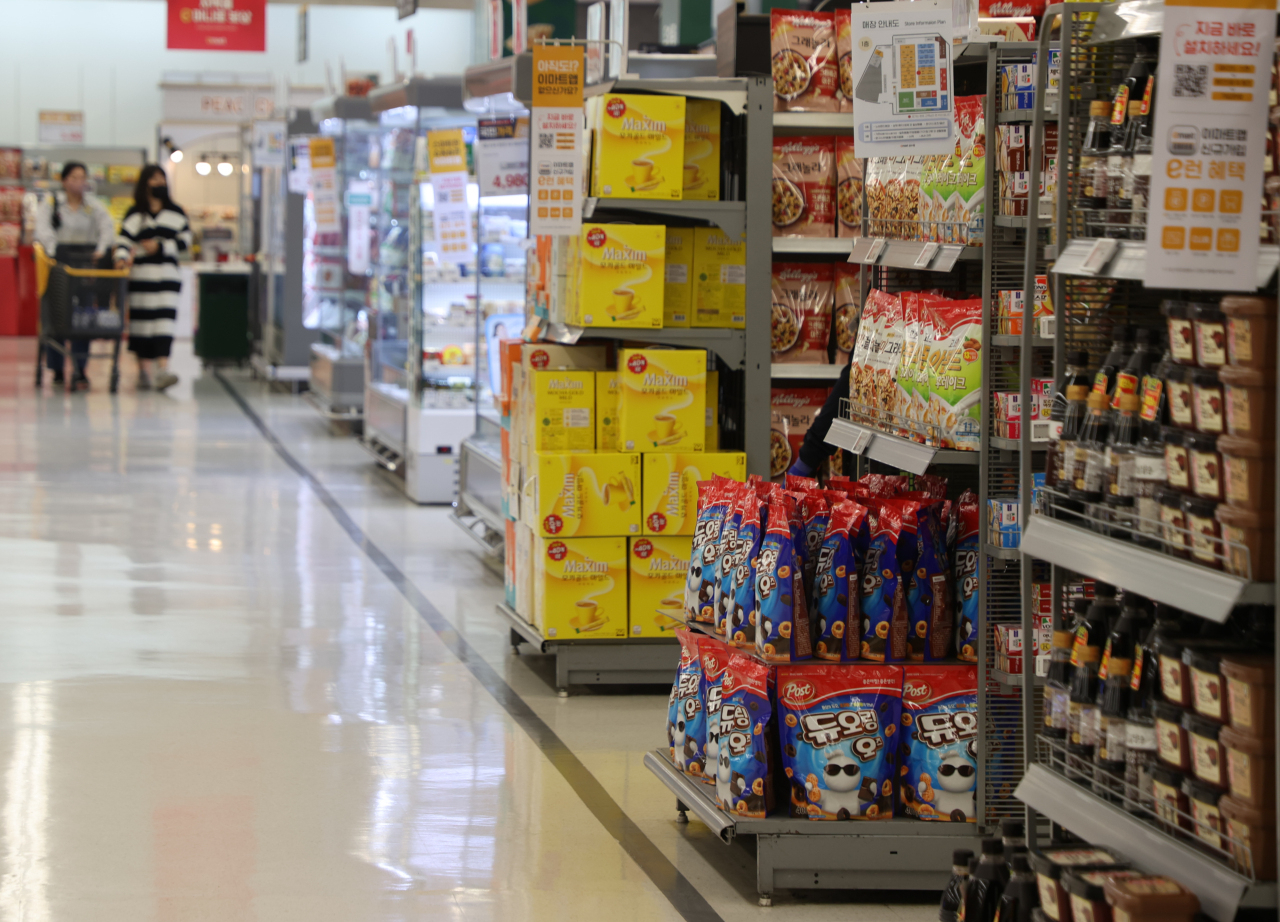 A supermarket in Seoul. (Yonhap)

South Korea plans to announce a set of measures to tame inflationary pressure and stabilize people's livelihoods next week amid the prospect that the growth of consumer prices could top 5 percent, a senior government official said Thursday.

The country faces the urgency to stabilize prices of food and other items closely linked to people's lives, according to First Vice Finance Minister Bang Ki-sun.

"Some experts forecast consumer inflation could exceed 5 percent in May, accelerating from the growth rate in April," Bang said at the government's vice ministerial meeting on the economy.

Consumer prices spiked 4.8 percent on-year in April, the fastest increase in more than 13 years, due to soaring energy costs and a rebound in demand from the pandemic. The April figures followed a 4.1 percent rise in March.

If inflation growth tops 5 percent in May, it would be the first time since September 2008 that consumer prices climbed to the 5 percent range.

The International Monetary Fund forecast South Korea's 2022 inflation would grow 4 percent, doubling from the central bank's 2 percent target. The Bank of Korea (BOK) sharply raised its inflation projection to a 14-year high of 4.5 percent for this year, from its previous 3.1 percent estimate.

Earlier in the day, the BOK conducted the first back-to-back rate hike in 15 years to tame inflation. The central bank raised the policy rate by a quarter percentage point to 1.75 percent, the fifth rate hike since August last year.

In an effort to help stabilize people's livelihoods, the government is considering extending a cut in consumption tax of passenger cars for another six months.

A 30 percent cut in the consumption tax on the purchase of passenger cars is supposed to expire at the end of June. The tax rate stands at 3.5 percent. The government has extended the measures by six months since the second half of 2020. (Yonhap)