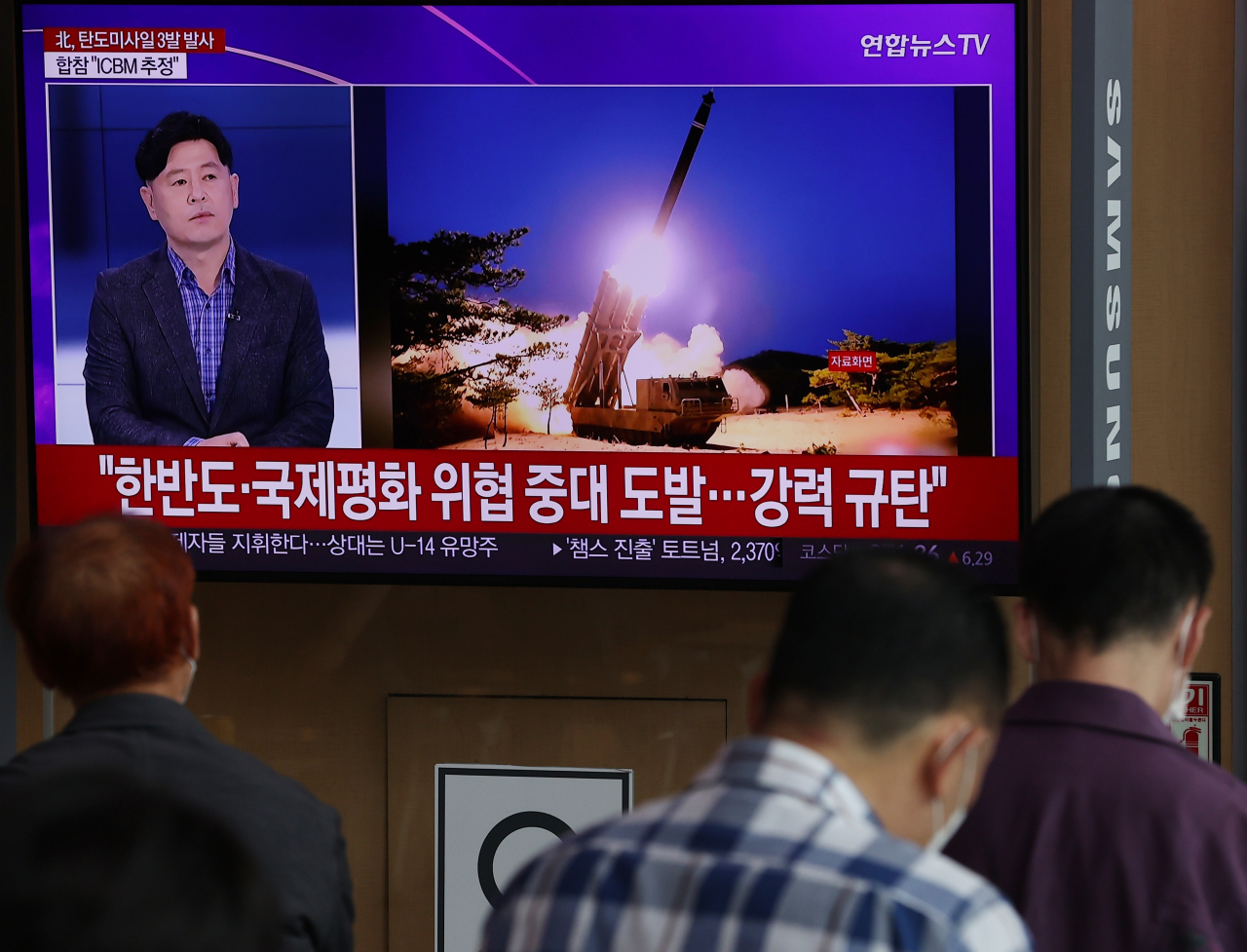 This photo, taken Wednesday, shows a news report on a North Korean missile launch being aired on a TV screen at Seoul Station in Seoul. (Yonhap)

As of 9 a.m., the North's official Korean Central News Agency (KCNA), Korean Central Television and Rodong Sinmun, the daily of the country's ruling Workers' Party, had made no mention of the launches, which marked the North's 17th show of force this year.

The South's Joint Chiefs of Staff said Wednesday the North fired the suspected ICBM and two apparent short-range ballistic missiles into the East Sea in the morning. The first of the three missiles appears to be the North's newest Hwasong-17 ICBM, according to sources.

The North's silence on the launches appears to suggest it would continue to forge ahead with its defense development scheme regardless of domestic or external reactions, analysts said. It could also seek to routinize such provocations as "self-defense" efforts, they added.

On March 25, the North's media outlets even released a video where leader Kim, flanked by top military officers, strutted with a road-mobile ICBM behind him -- a highly choreographed move to claim success in an ICBM test the previous day.

The North's media, however, has tended to remain silent when a launch was deemed to have failed.

On March 16, the country conducted an unsuccessful test-firing of a suspected long-range missile. The following day, the KCNA and others did not issue any reports on the test.

Particularly this month, the North has not released any report on weapons tests. (Yonhap)