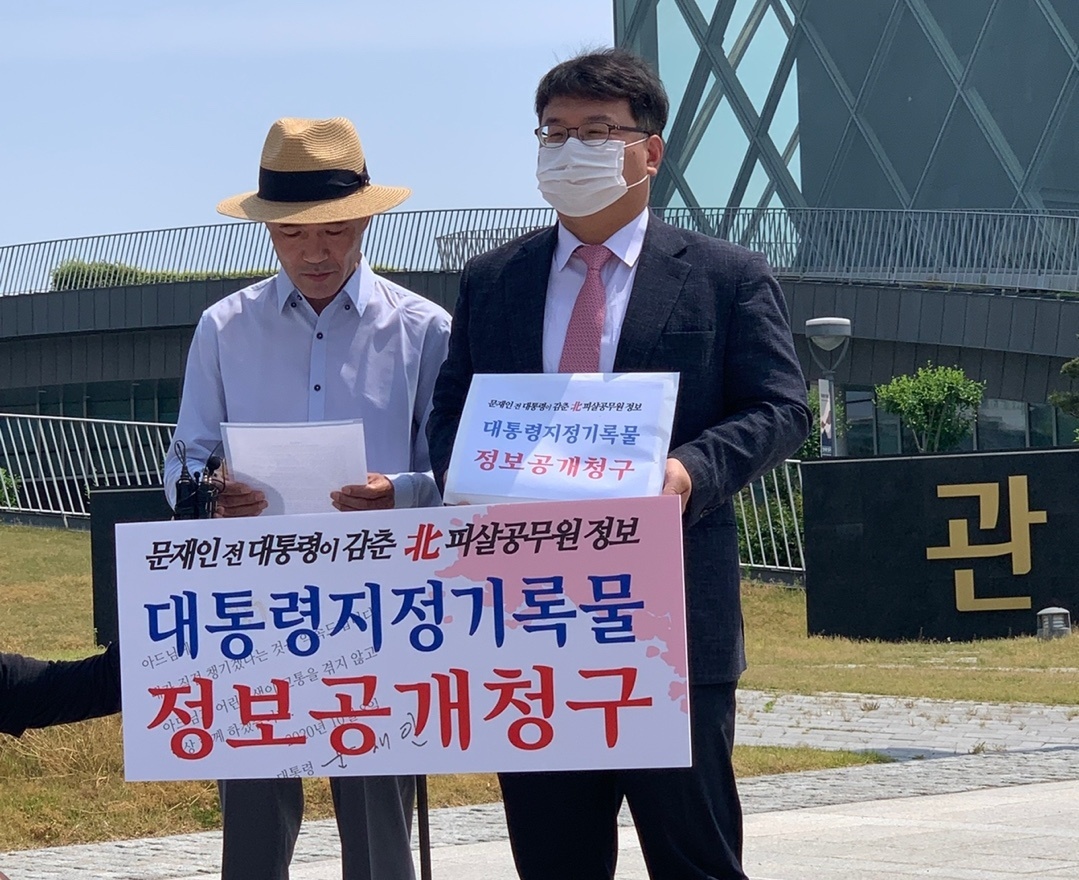 Kim Ki-yun, attorney representing the Lee family, speaks to reporters outside the Presidential Archives building in Sejong, North Chungcheong Province, on Wednesday. On his left is Lee Rae-jin, the deceased man’s older brother. (courtesy of Lee)
The family of Lee Dae-jun, the man killed by North Korean soldiers at sea about a year and a half ago, filed for the release of information now archived as presidential records on Wednesday.

“The court sided with the family last November, and ordered Cheong Wa Dae to release the information on the case,” the attorney representing the family, Kim Ki-yun, told reporters outside the Presidential Archives building in Sejong, North Chungcheong Province.

According to data from the Ministry of Interior and Safety, the number of records archived by Moon to be kept secret stands at 393,000 -- nearly double that of his predecessor Park Geun-hye’s 204,000, who was impeached before she could finish her term.

It’s unlikely that Wednesday’s request would lead to a disclosure.

Unlocking presidential records requires approval from more than two thirds of the National Asssembly or a warrant issued by the chief justice of a high court.

The family is seeking the information in hopes it could aid court efforts in holding the people responsible accountable, including those in North Korea. The attorney said the family also has the right to know the run-up to, during and after what would constitute an extrajudicial killing of a loved one.

Among the information the family has asked for the release of are the first reports made to the Coast Guard and the defense authorities at the time Lee went missing, and what the Cheong Wa Dae was doing in the hours leading up to the incident.