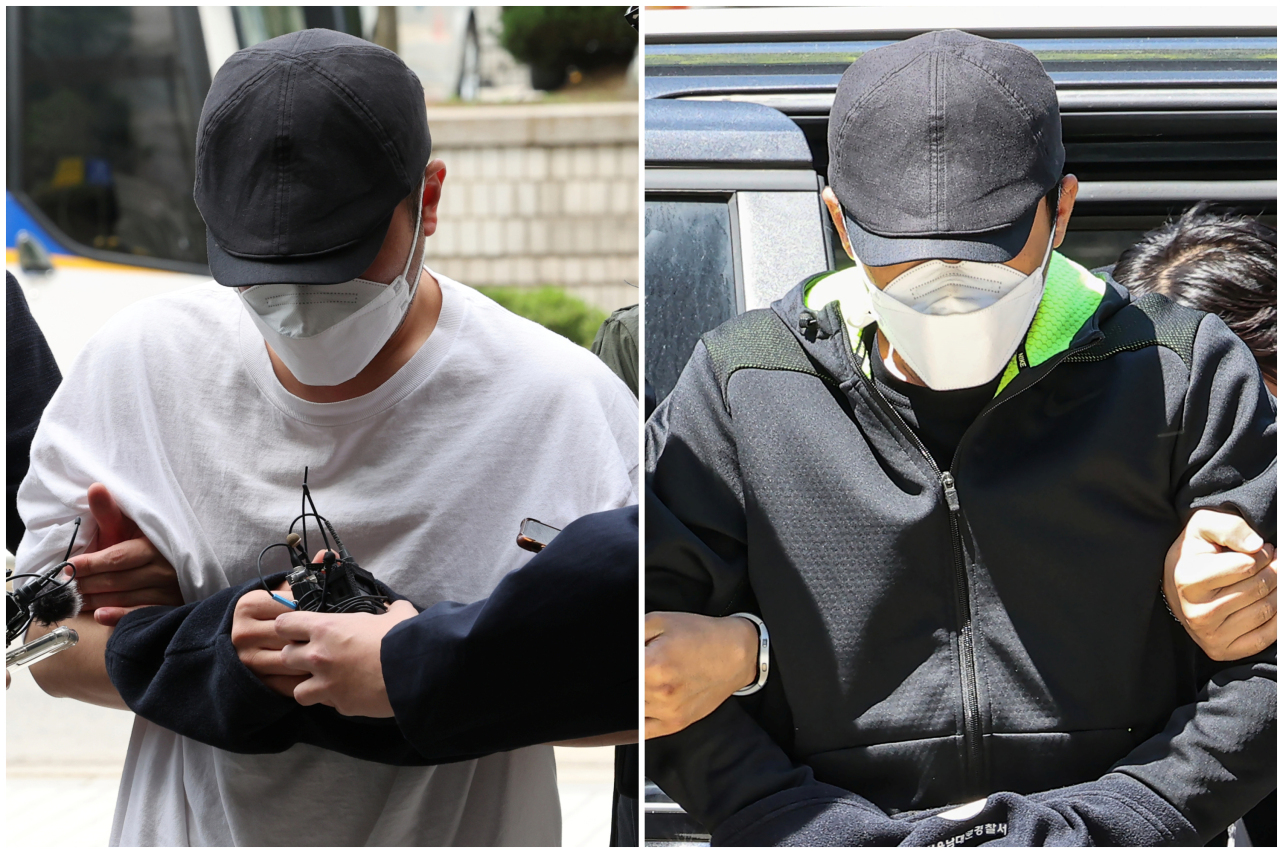 These photos show two brothers, including an employee at Woori Bank, who were indicted for embezzling 61 billion won. (Yonhap)

An employee of Woori Bank and his brother were indicted on Tuesday on charges of embezzling more than 60 billion won (US$47.4 million) from one of the nation's largest commercial banks.

The Seoul Central District Prosecutors Office said it indicted the brothers for embezzlement and violating the law on flight of domestic property. The employee, identified only by his surname Jeon, was also charged with forgery of documents.

The employee was arrested on April 30 on charges of embezzling the funds from the nation's fourth-largest commercial bank between October 2012 and June 2018. His younger brother, who is not a bank employee, and a former employee of a Woori Bank affiliate have also been arrested as co-conspirators.

Most of the stolen money was found to be from a 57.8-billion won contract deposit that Woori Bank has to return to Iran's largest consumer electronics maker, Entekhab Industrial Group, in connection with a failed acquisition deal.

The prosecution added charges of flight of property after it learned that the brothers transferred 5 billion won to a shell company's account overseas.