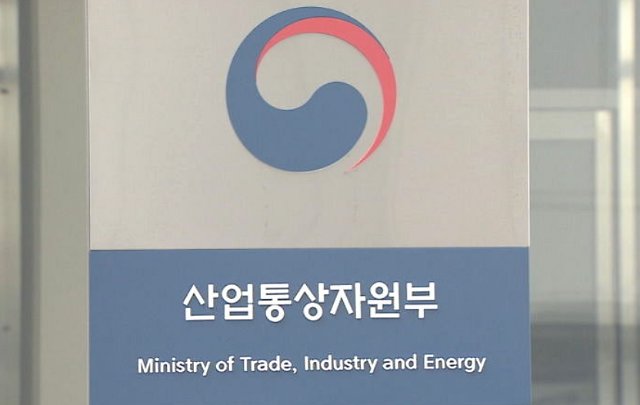 Signboard of the Ministry of Trade, Industry and Energy at Government Complex Sejong (Yonhap)
SEJONG -- The government has mapped out a measure to address the mounting deficit of the state-run Korea Electric Power Corp., which posted an all-time high operating loss of 7.7 trillion won ($6.1 billion) in the first quarter of the year.

The Ministry of Trade, Industry and Energy said Tuesday that it would place a cap on the “system marginal price,” the price KEPCO pays when purchasing power from private power generation companies.

The cap would be placed temporarily whenever the marginal price climbs unreasonably, the ministry said. It plans to compare the average SMP for the preceding three months to monthly averages over the past 10 years.

The surge is due to a spike in international fuel prices amid the Ukraine-Russia war, as well as sharply growing demand as Korea transitions to a post-pandemic period of normalization, according to market insiders.

Policymakers have scrapped a method of conducting rate hikes on households and businesses, in light of serious inflationary pressure. The cap on SMP, as an upper ceiling of prices, is an alternative to stem KEPCO ’s further losses.

In 2021, KEPCO posted the largest deficit based on yearly performance with an operating loss of 5.8 trillion won due to high import prices of international crude, which is used for power generation.

The figure outstripped its deficit of 2.7 trillion won in 2008, when the global financial crisis rocked the nation. The power company posted an operating profit of 4.8 trillion won in 2020 on the back of then-low oil prices.

A market forecast predicts that KEPCO would see an all-time high operating loss of 17 trillion won in 2022, as this year’s growth in international crude prices far outpaced last year’s.