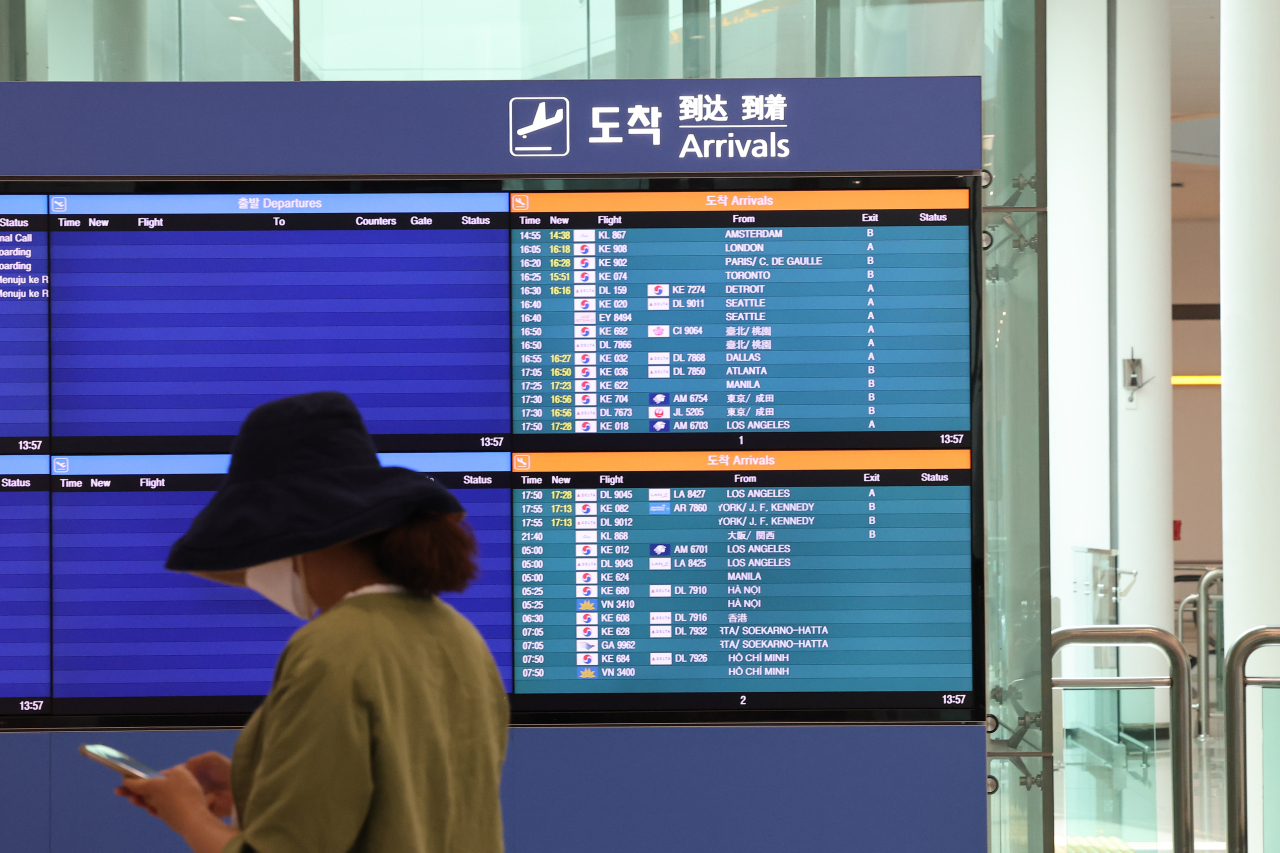 Lee Sang-won, heading the Korea Disease Control and Prevention Agency’s epidemiological analysis division, said at a news briefing that while traveling carries risks, bringing back mandatory quarantines for all passengers was not being considered at the moment.

“Monkeypox hasn’t reached South Korea yet and although no travel is risk-free, reciprocity must be taken into account before imposing additional rules,” said Lee Sang-won.

The agency said a new set of travel rules would be introduced after the World Health Organization declares a public health emergency of international concern. COVID-19 was first declared as such on Jan. 30, 2020, a status that has still remains.

“We have had diagnostic tests for monkeypox ready since 2016, and are in the process of expanding testing capacity at laboratories across the country,” Lee said.

To avoid contracting monkeypox, the agency urged Koreans to refrain from visiting countries where monkeypox cases have been identified.

As of Monday, 171 laboratory-confirmed cases and 86 suspected cases were under investigation in 18 countries where monkeypox is not endemic. The list includes Argentina, Australia, Austria, Belgium, Canada, Denmark, France, Germany, Israel, Italy, Morocco, Netherlands, Portugal, Spain, Sweden, Switzerland, the UK and the US.

If travel is unavoidable, wearing face masks and other protective equipment as well as frequent handwashing are recommended as a precaution. Contact with wildlife or people presenting symptoms is strongly discouraged.

After traveling to countries where monkeypox has been reported, people are advised to monitor their health for at least 21 days upon their return. In the event of symptoms such as fever, body aches, chills, swollen lymph nodes, raised spots, rash or scabs, they must inform their district public health center or the agency via its hotline 1339 and isolate from others.


Which vaccine does Korea have, and who can get it?

The only brand of smallpox vaccine available in Korea is HK inno.N’s Cell Culture Dry Smallpox Vaccine, which was granted approval here in December 2008, according to the Ministry of Food and Drug Safety.

This vaccine is derived from the New York Board of Health strain of vaccinia virus, the same strain used by ACAM2000 -- one of two licensed smallpox vaccines in the US. Vaccinia virus belongs to the pox family, which includes smallpox and monkeypox.

Not everyone is eligible to receive this particular brand of smallpox vaccine. Among groups who cannot receive them are infants under 12 months of age; pregnant or breastfeeding women; people on immunosuppressants, people using steroids for eye treatment; people with an allergy to gelatin; people with acute or chronic exfoliative dermatitis; and people with a history of cardiac disease.

Vaccines made from the NYCBOH strain have been associated with serious heart problems in rare cases.

The agency said all of the 35 million doses are within their shelf-life, although the chances of their being put to use appears unlikely.

Korea stopped vaccinating its populations against smallpox in 1979 after the disease was considered eradicated. The agency said it was unclear whether people still retained immunity from vaccination given before that time.