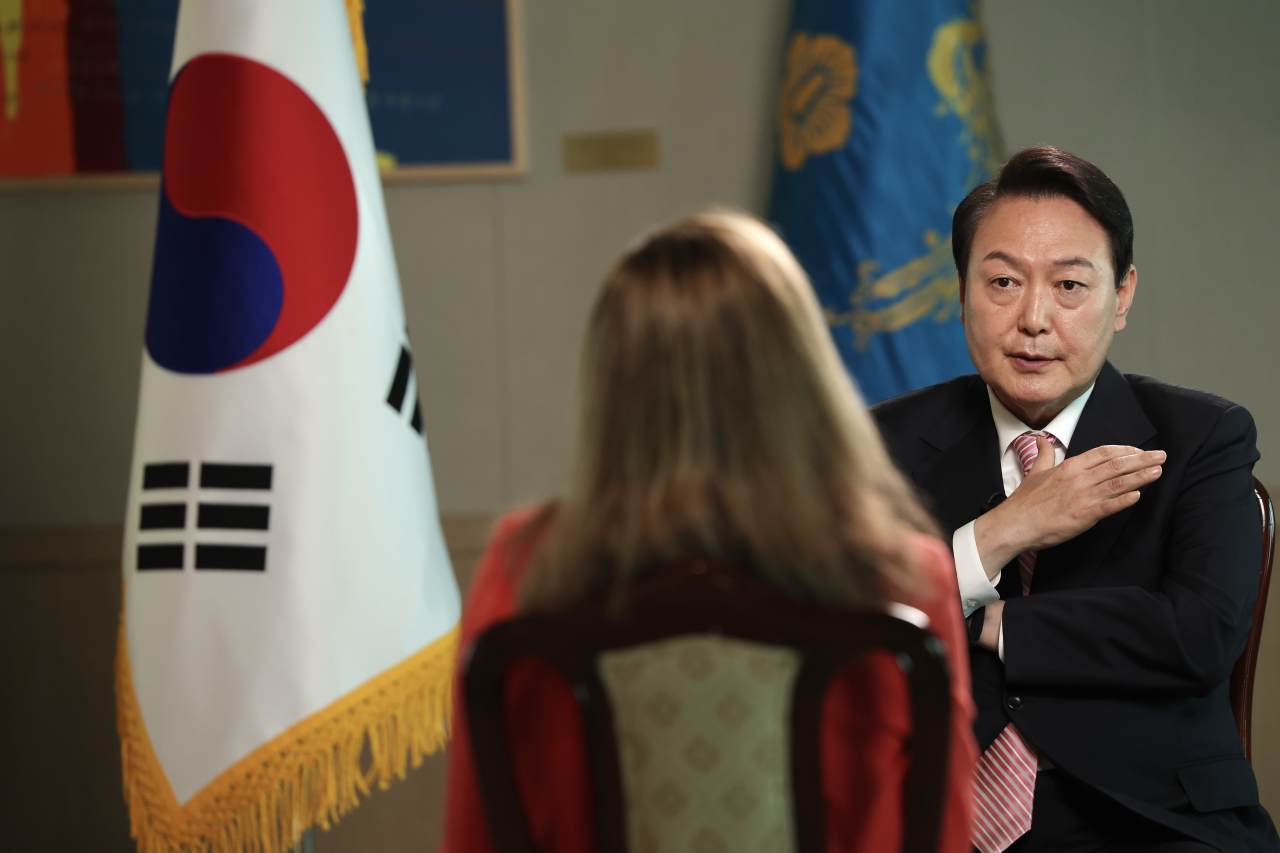 President Yoon Suk-yeol has ranked among US magazine Time's 100 most influential people of 2022, its website showed Tuesday.

Yoon, who was inaugurated two weeks ago, was chosen in the category of leaders.

He was introduced as a "a former prosecutor with little foreign policy experience" who is "determined to take on the challenge" of North Korea's nuclear weapons program.

"On the campaign trail, Yoon, of the conservative People Power Party, called for a tougher stance in relation to his country's northern neighbor, compared with that of his predecessor, who had pushed for greater engagement with North Korea," the magazine said.

"In his May 10 inauguration address, Yoon offered an 'audacious plan' to strengthen North Korea's economy in exchange for complete denuclearization. It's a deal that analysts say Kim Jong Un is unlikely to accept," it added, referring to North Korea's leader.

Time noted that Yoon has said he wants to align more closely with the United States, which will likely create friction with China.

"But if Yoon has big aims internationally, he will also need to prove himself at home," according to the magazine. "The populist leader promises to heal economic and political divides, something that will be necessary after a campaign in which he inflamed divisions by weaponizing anti-feminist rhetoric to gain support."

It went on to add, "Not everyone is confident in his abilities," and cited a Gallup Korea poll from April that found only 55 percent of respondents expected Yoon to do a good job in office.

Meanwhile, Hwang Dong-hyuk, the director of the hit Netflix TV series "Squid Game," ranked among the most influential people in the Titans category.

Lee Jung-jae, the lead of the series, attributed Hwang's success to "his ability to illuminate the feelings of the characters and to build believable lives for them from the ground up."

"As a television and film director, he knows how to weave a story so that no matter what choice a character makes, it feels natural," Lee wrote for the magazine, saying he knew he would have an interesting experience when he received the script for "Squid Game."

"Director Hwang was brilliant in visualizing this intricate and savage world that looked like a game but revealed piercing truths about society and humanity," Lee said. "He was able to take something brutal and make it beautiful." (Yonhap)