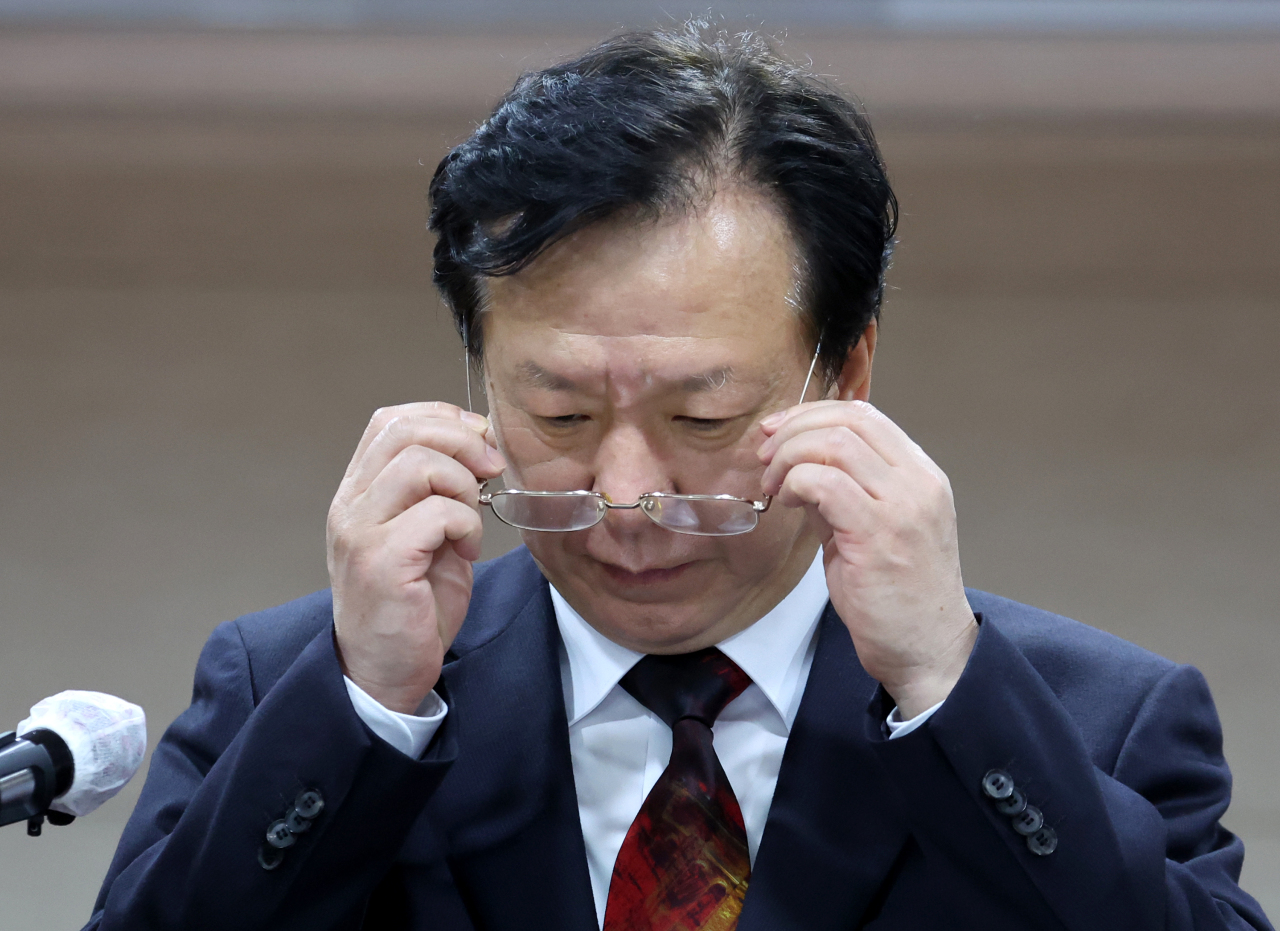 The former chief of Kyungpook National University Hospital has been under pressure to step down from both the ruling and opposition parties.

"I will serve as a nest egg for the success of the Yoon Suk-yeol administration and the cooperation between the ruling and opposition parties," he said in a statement.

Chung was nominated in April to head the health and welfare ministry.

He immediately came under fire from the main opposition Democratic Party over allegations he used his position to help his daughter and son gain admission to the university's medical school and exempt his son from active duty military service.

On Monday, the ruling People Power Party joined the call for his withdrawal amid concerns that his appointment could hinder the party's chances in the June 1 local elections.

"I listened to many lawmakers in the party, and many of them showed objections to Chung's appointment," PPP floor leader Rep. Kweon Seong-dong told reporters. "He needs to decide his future."

Kweon added that he has also delivered the party's opinion to Yoon's office.