From British Cornish pasties to Turkey’s traditional milk cream “kaymak,” here are three dessert cafes that reporters of The Korea Herald visited to help you expand your taste palate. 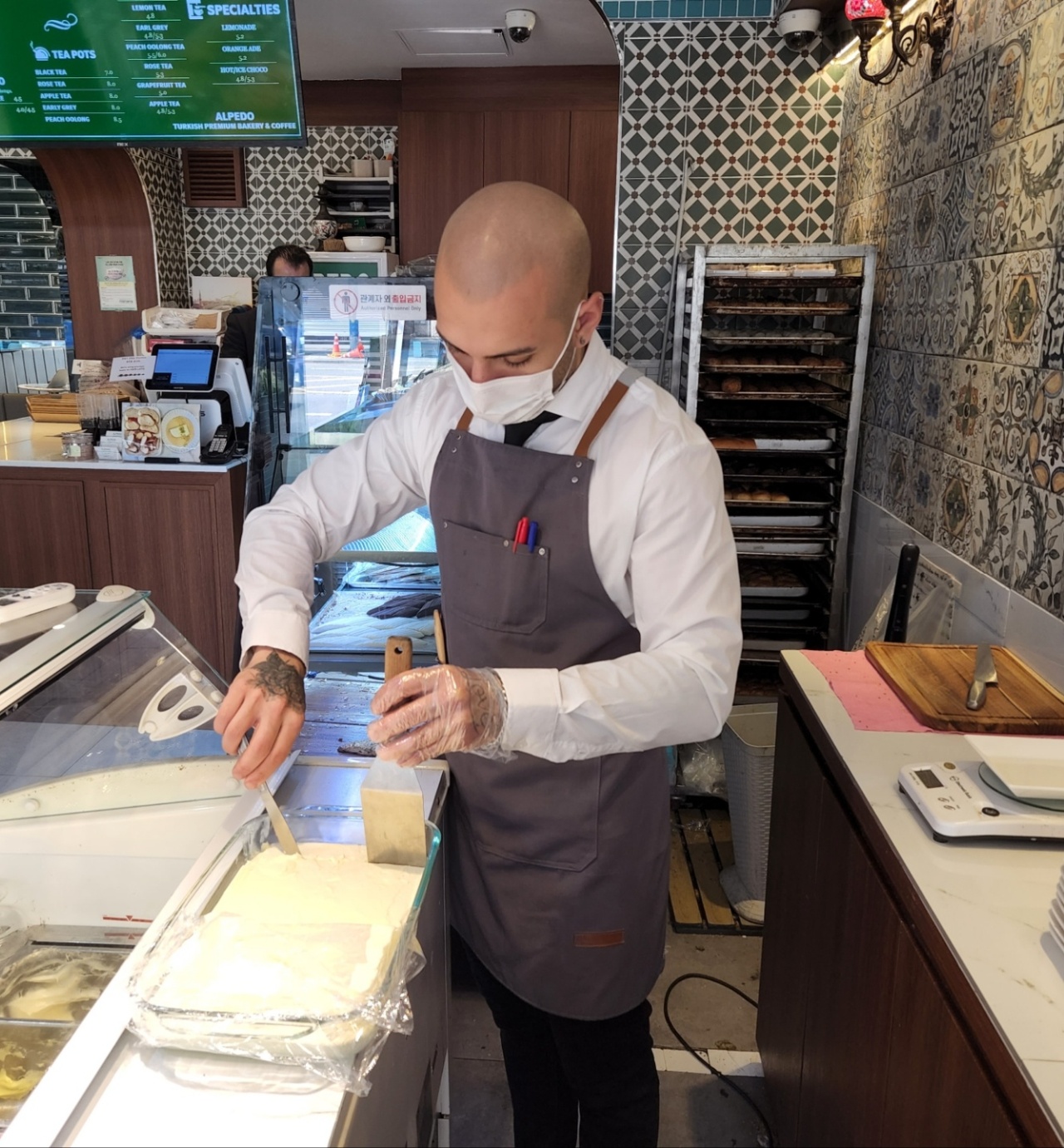 Tolgahan, a Turkish part-time worker at Alpedo, skims layers of kaymak off the top. (Choi Jae-hee /The Korea Herald) 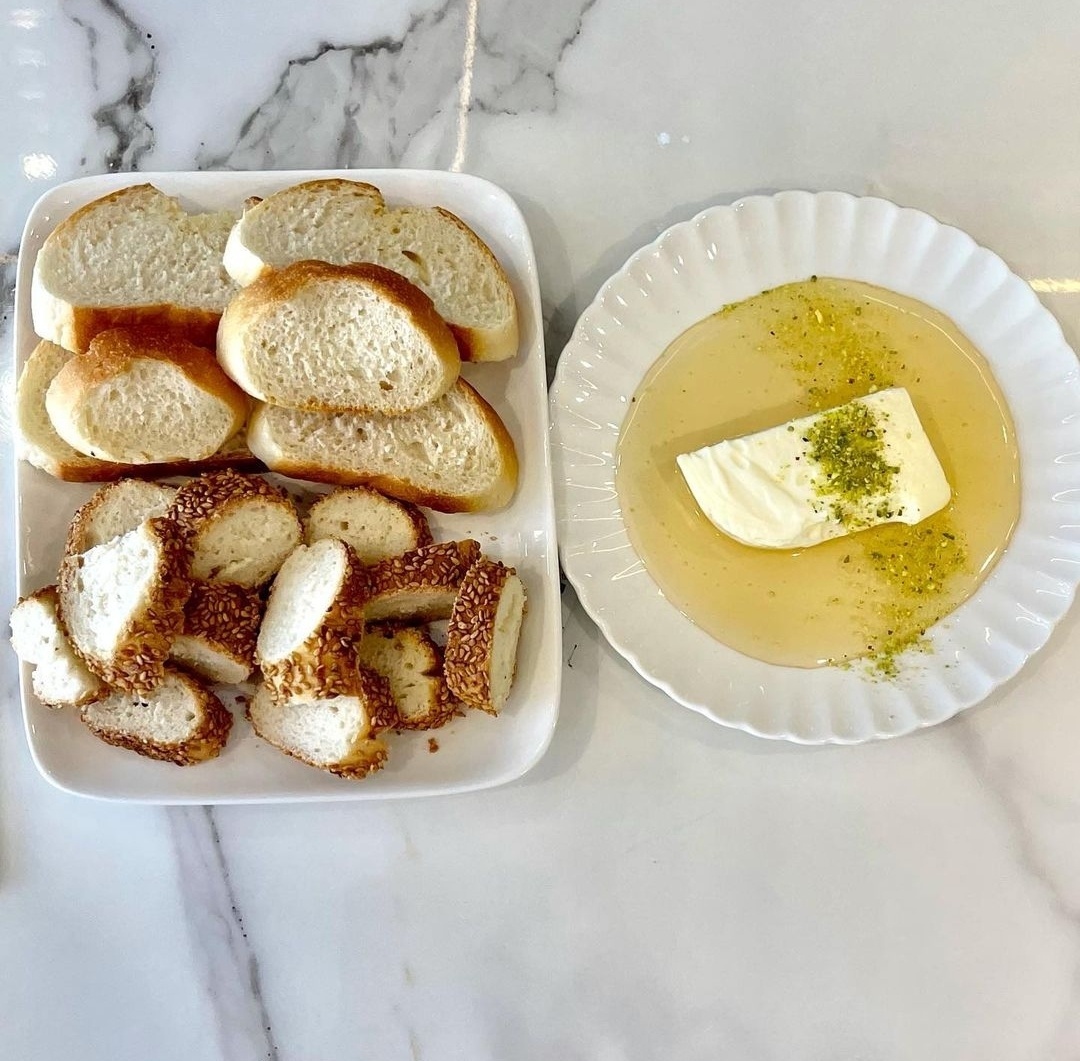 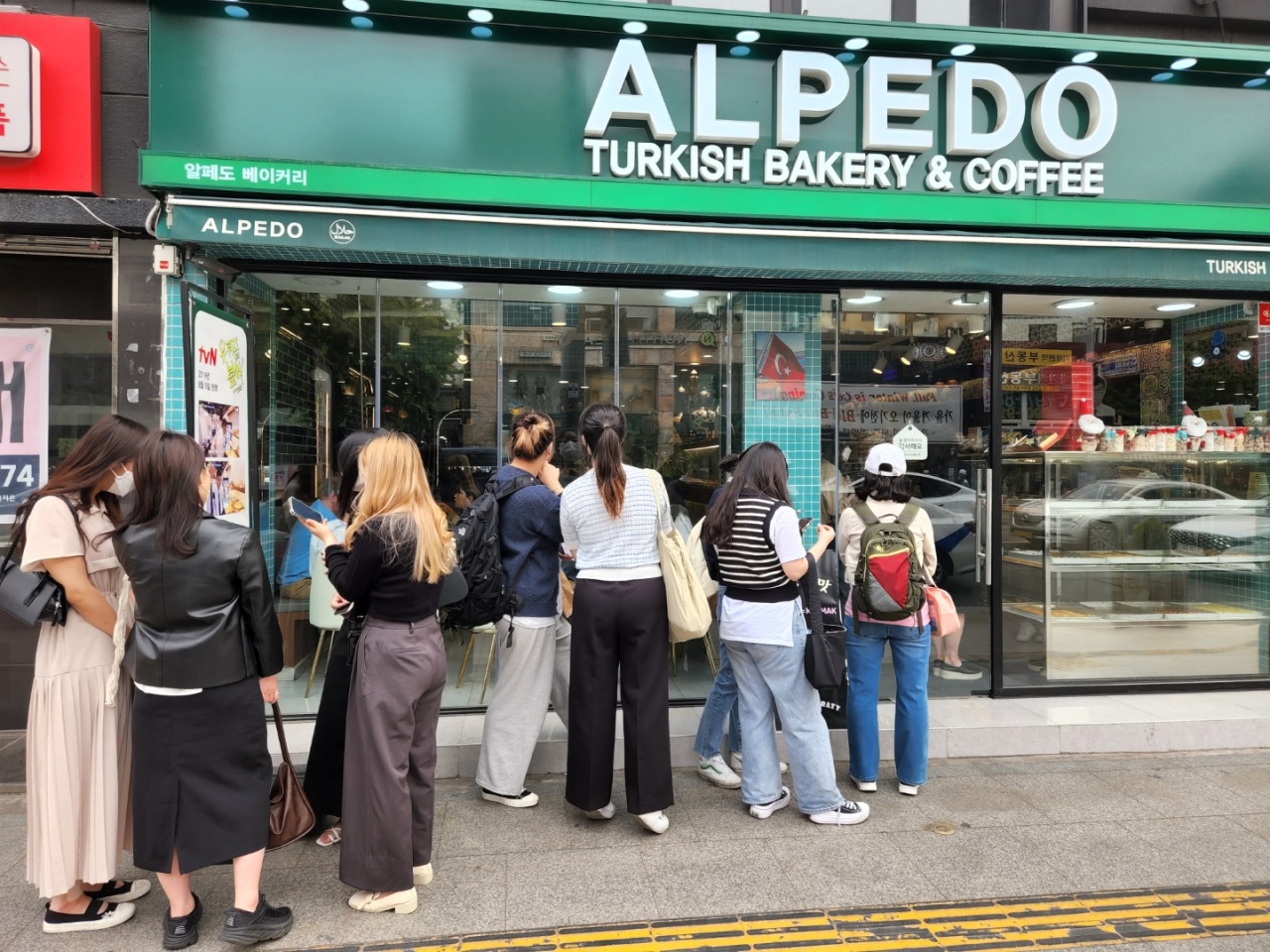 It was around 1 p.m. on Thursday afternoon and a group of people -- mostly young women -- were lining up in front of a Turkish bakery in Itaewon, Seoul. The reason: A Turkish traditional dairy product called kaymak.

Meaning “to melt” in Turkic, kaymak is made from the milk of water buffalo, cows, sheep, or goats and is popular not just in Turkey, but in many other countries in the Middle East and the southeast portion of Europe.

The creamy dairy product is a beloved Turkish breakfast staple usually served with honey and various local pastries, including “simit,” a circular sesame bread and traditional flatbread “ekmek,” according to Ahmet, 42, who has run the Turkish dessert cafe Alpedo near Exit 4 at Itaewon Station on subway Line No. 6 since 2018.

With a dense and velvety texture, somewhere between butter and cream cheese, kaymak is not sickly sweet at all, going perfectly well with honey and the classic Turkish bread.

Upon first bite, it slowly melts, filling your mouth with a light milk flavor and buttery goodness. It looks similar to clotted cream, but has a much richer taste.

The traditional method of making kaymak is to boil fresh milk slowly and simmer it over a very low heat for approximately two hours. Then you should let it rest in the refrigerator for at least two hours. After skimming off a thick layer of cream on the solidified milk, you’ll get the Turkish version of clotted cream.

Alpedo started to sell kaymak in the same year and its continued popularity has had a positive effect on sales, Ahmet said.

“Most Korean customers come here to get kaymak. Our store’s kaymak combo is usually sold out as early as 2:00 p.m.,” said Tolgahan, a part-time worker in his 20s at Alpedo.

The bakery shop offers a combo of 50 grams of kaymak, dipped in honey, and served with some 20 pieces of sliced Turkish baguette, and a cup of coffee for 9,800 won.

The bakery’s owner found it interesting that many Koreans eat kaymak as dessert after lunch or supper, while the cream is a breakfast treat in Turkey.

“Kaymak has recently become popular among Koreans as they are eating more bread compared with the past. As it is made with pure ingredients and delivers a soft, farm fresh taste in every bite, many seem to enjoy it without worrying about calories,” Ahmet said.

Sweet as: Give Kiwi sweet treats a try 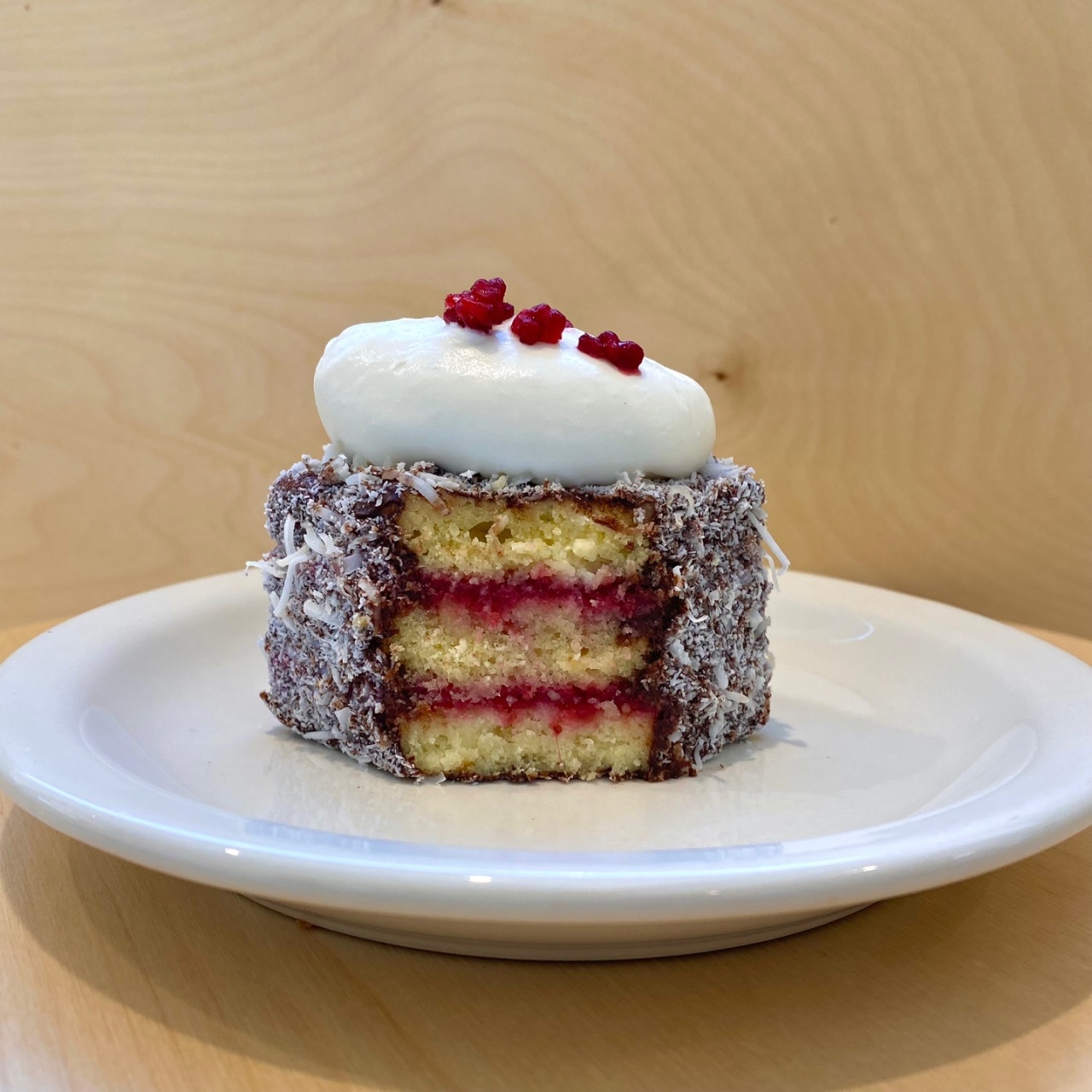 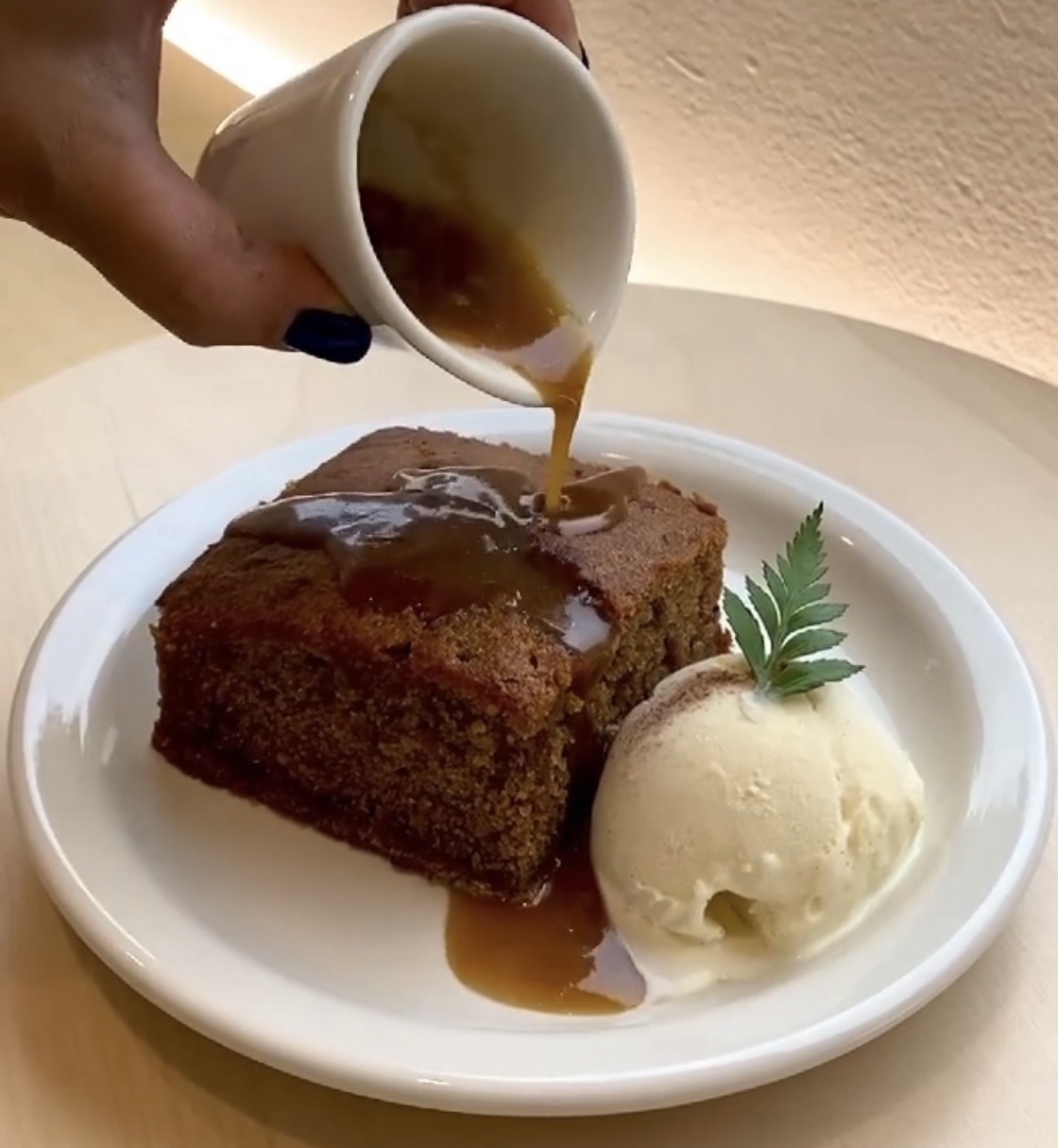 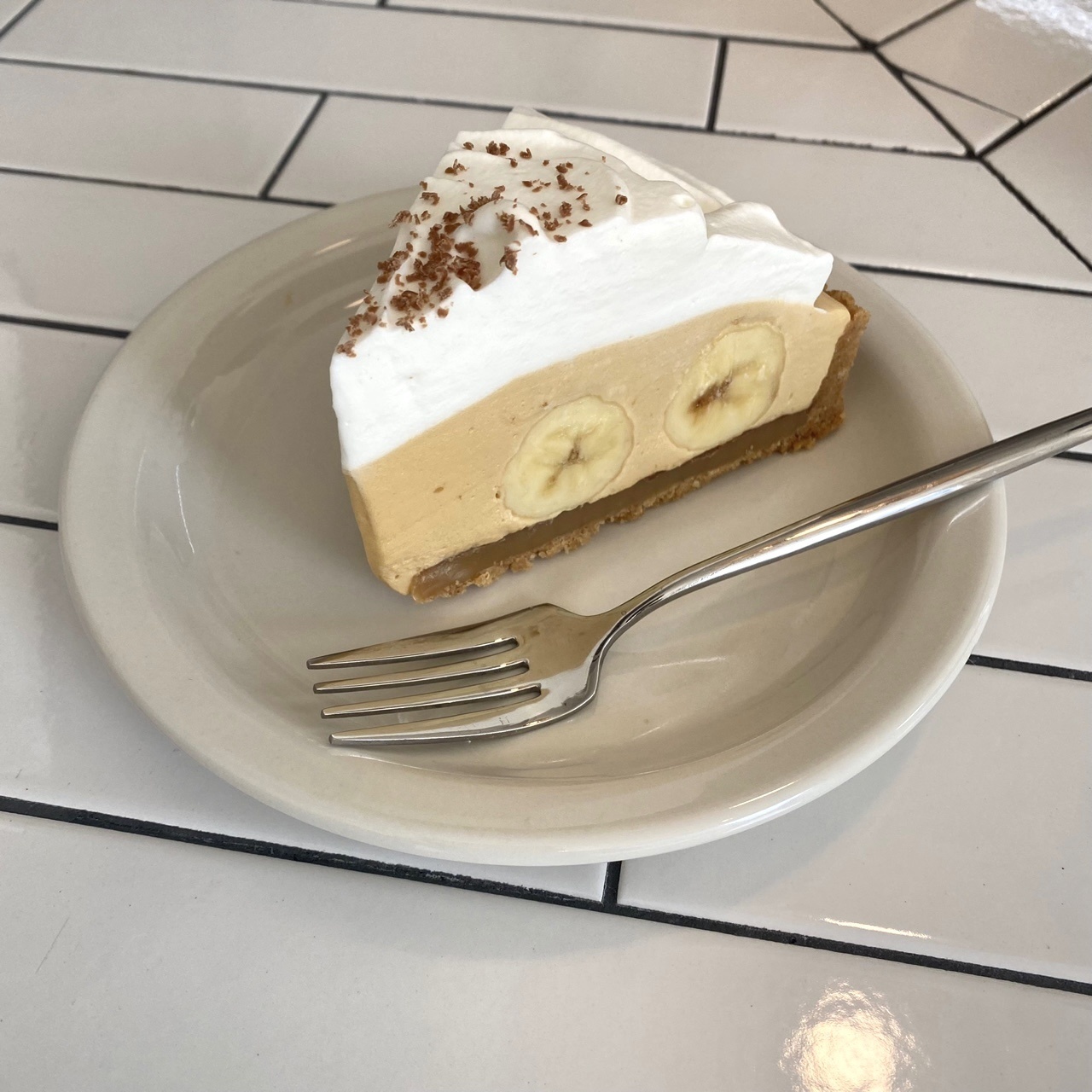 Banoffee pie (Stoked)
As desserts of New Zealand have a strong British influence and share similarities, there have been not many bakeries introducing sweet treats of the country in South Korea.

“I wanted to introduce New Zealand’s desserts. Some customers find it unfamiliar with warm dessert we serve here,” said Jan Ryu, the owner of the shop, adding that she explains about the dessert in details when needed.

People from the embassies of New Zealand and Australia as well as those who have been to the two countries were main customers of the shop in the first months after the opening. Now they bring other sweet tooths who are curious about new flavors.

“I want people to constantly crave for the desserts once they try them here. Something that goes well with any kind of drink like wine or tea,” she said.

The signature dessert at Stoked is its banoffee pie, a perfect balance of sweetness, saltiness and creaminess.

A cookie crumb crust is filled with layers of caramel, Valrhona chocolate and sliced bananas nestled in caramel mousse, and then topped with whipped cream.

To make banoffee cake more palatable to Korean customers, Ryu said the shop adjusted the sweetness to a much lower level than those in New Zealand while keeping its rich flavor.

Panna cotta Lamington is another kiwi dessert Stoked serves. It is a cube-shaped vanilla sponge cake soaked in panna cotta coated with chocolate and desiccated coconut. 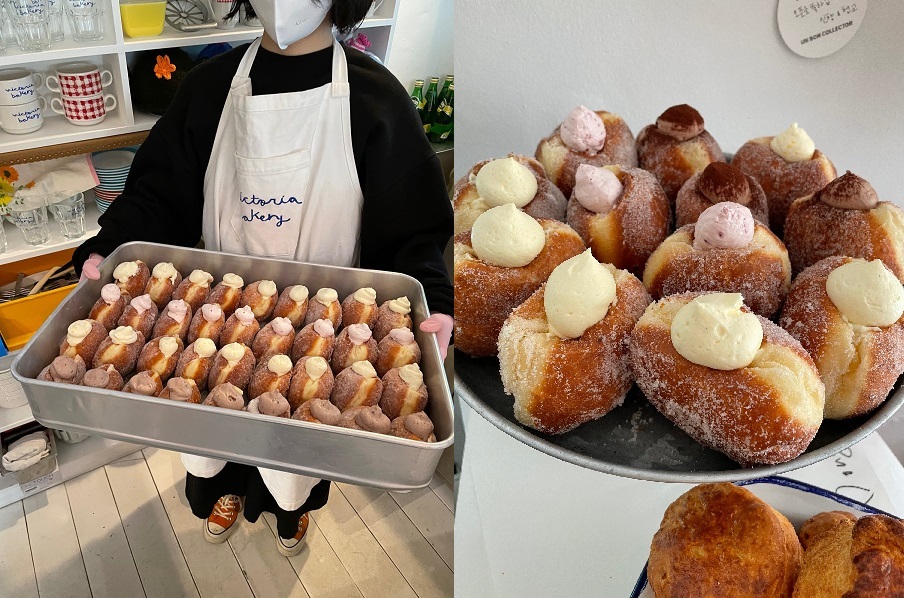 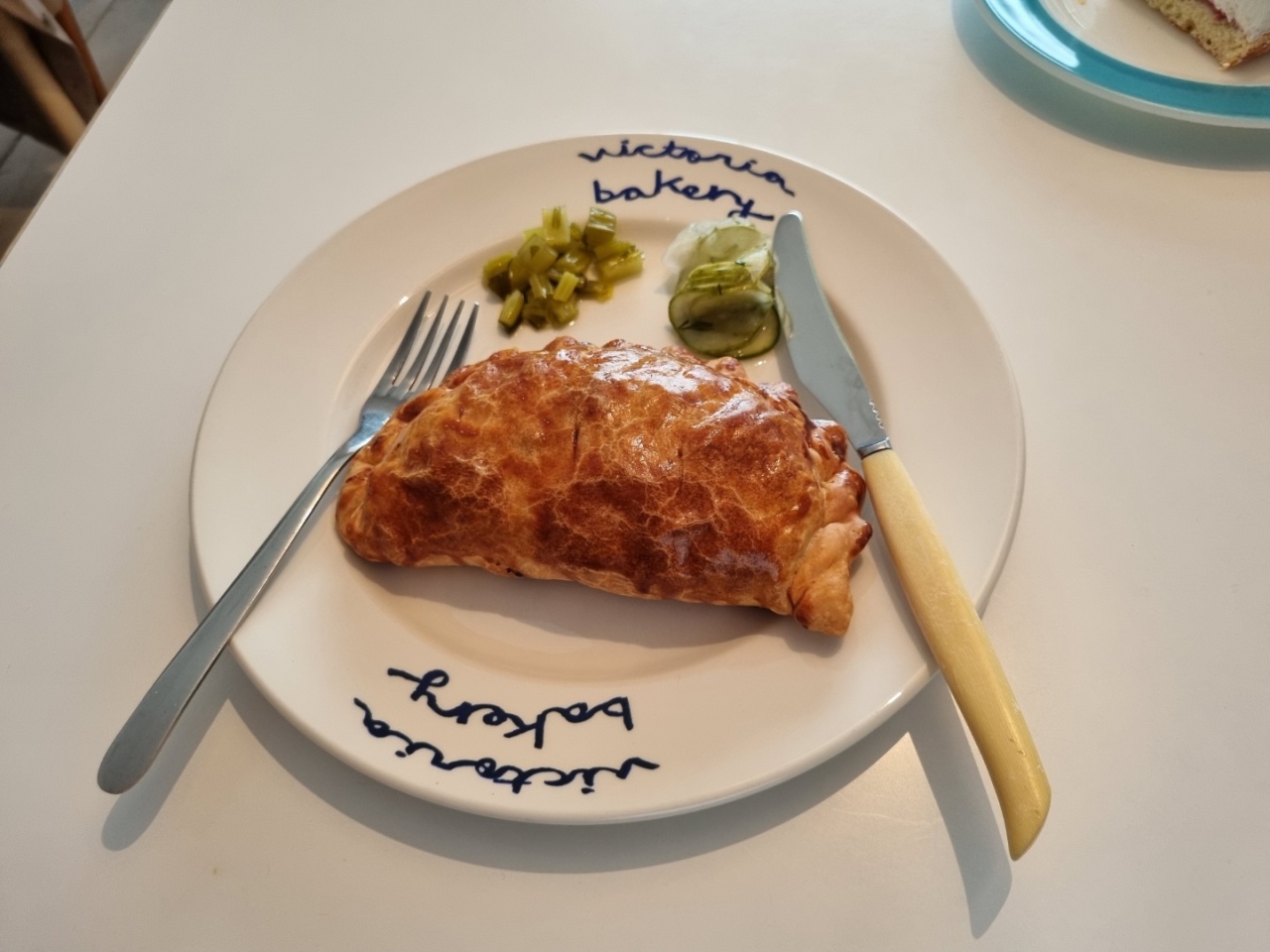 Victoria Bakery, situated in a small alley cornering Seochon Village in the west of the historic center of Seoul, offers a quick transit to the countryside of the United Kingdom, with British desserts like Victoria sponge cake and Cornish pasty.

“Each country has their distinctive dessert. Whenever I visit the United Kingdom, I had a strong feeling that British desserts are like mom’s homemade treats,” Kim Kyung-jin, the owner of the bakery, said.

For Kim, she has a love-hate relationship when it comes to the bakery’s signature menu donuts. It takes two days to make the donut’s chewy dough that is filled with cream.

“I fell in love with the donut that my friend bought me from London’s Borough Market. I ended up taking a class to learn how to make it,” she said.

Cornish pasty, which is originally from Cornwall, southwest England, but has spread all over the British Isles, is something that not many bakeries in Seoul serve. It is a turnover-shaped baked shortcrust pastry filled with chunks of beef, onion and potatoes and wrapped in a buttery crust.

Served with cucumber and pickled celery, Cornish pasties are chock full of protein and carbohydrates to keep you satiated.

The bakery has gathered quite the following on Instagram for its cute interior design and unique menu items. But the owner wants to be known for what it makes, not how it looks on the outside.

“Our original concept for the shop is ‘a mother who loves dessert.’” We have been picky on choosing ingredients like the type of butter and chocolate we use -- even down to the pinch of salt,” Kim said.