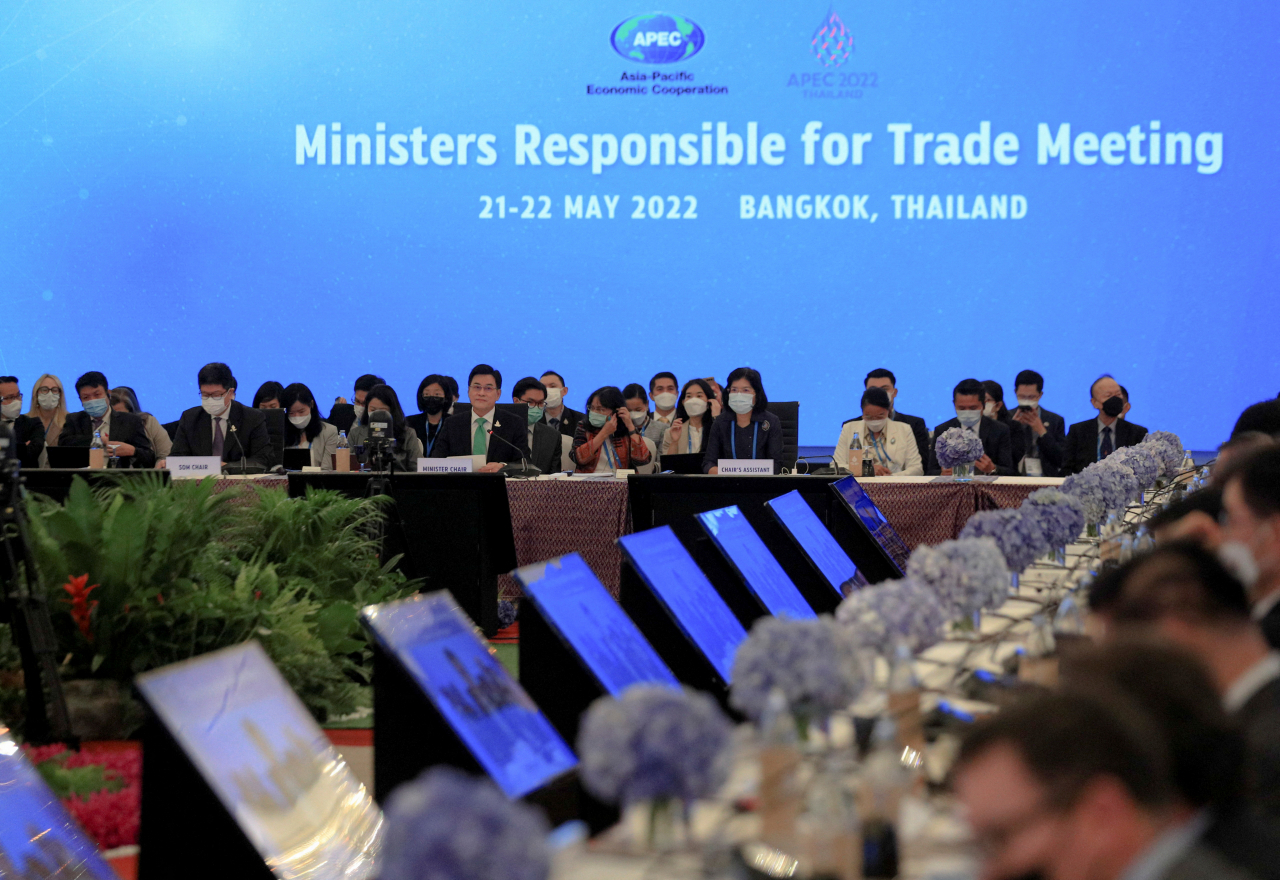 This Reuters photo from last Saturday, shows the opening ceremony of the Ministers Responsible for Trade Meeting during the Asia-Pacific Economic Cooperation in Bangkok, Thailand. (Reuters-Yonhap)

South Korea, the United States and five other countries on Monday condemned Russia for its invasion of Ukraine in the latest diplomatic pressure on Moscow to end the unprovoked war of aggression.

Russia's war in Ukraine has destabilized the global economy and global supply chains and caused a rise in food insecurity and volatility in energy markets.

The seven countries, which included Australia, Canada, Chile, Japan and New Zealand, also urged Russia to immediately cease its use of force and completely and unconditionally withdraw all of its military forces from Ukraine.

"We condemn in the strongest terms, the unprovoked war of aggression by Russia against Ukraine," the seven countries said in a joint media release, a day after a two-day APEC trade ministers' meeting that ended Sunday in Bangkok, Thailand.

They also expressed "grave concern at the deteriorating humanitarian situation and at the threatening of food and energy security in the world caused by Russia's actions."

APEC, launched in 1989, is an inter-governmental framework among 21 member economies, including South Korea, the US, China and Japan, to promote free trade throughout the Asia-Pacific region. (Yonhap)