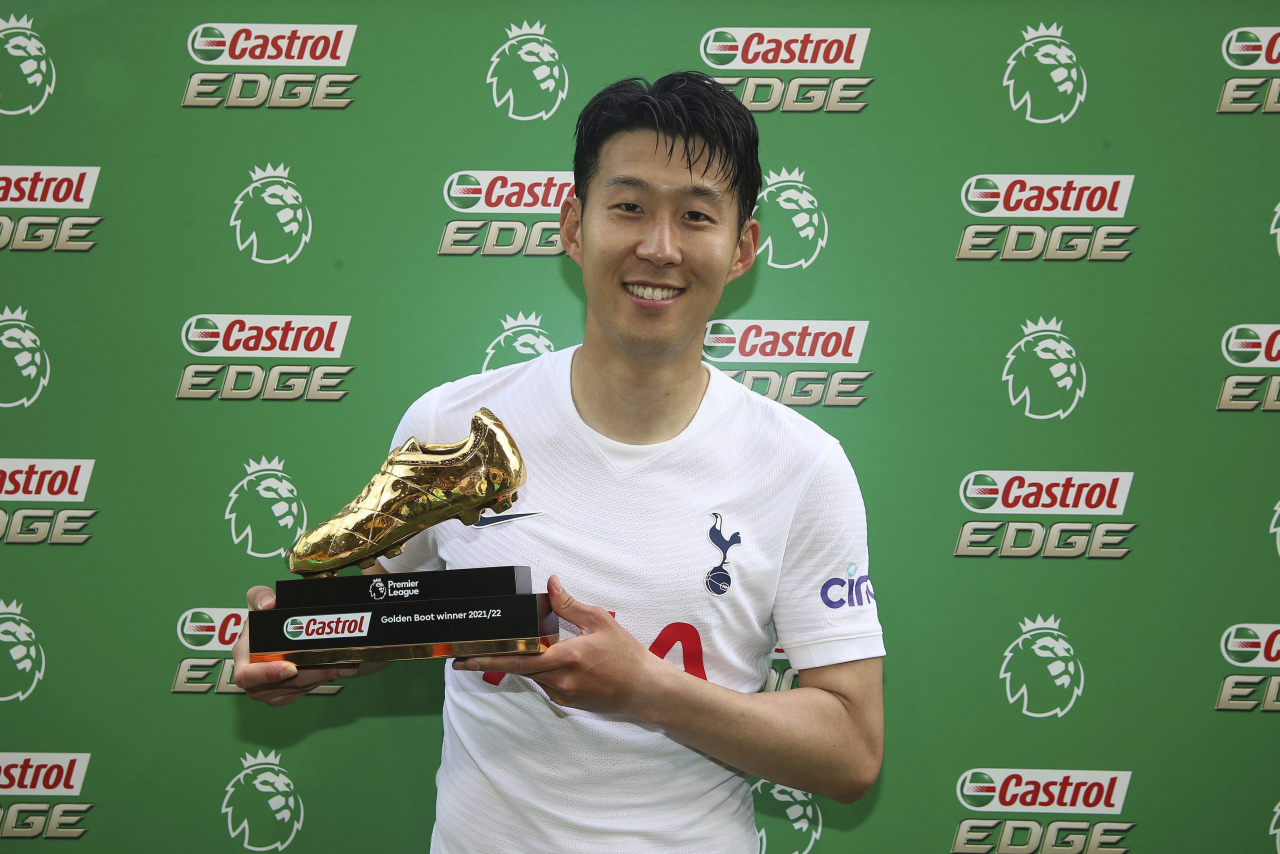 In this Press Association photo via Associated Press, Son Heung-min of Tottenham Hotspur poses with the Golden Boot award after sharing the goals scoring lead in the Premier League with Mohamed Salah of Liverpool, following Tottenham's 5-0 victory over Norwich City at Carrow Road in Norwich, England, on Sunday. (Associated Press)

Son scored twice in Tottenham's 5-0 rout of Norwich City at Carrow Road in Norwich, England, on Sunday (local time), and finished the 2021-2022 season with a career-high 23 goals.

The player shared the Golden Boot with Mohamed Salah of Liverpool, who scored late in his team's 3-1 win over Wolverhampton Wanderers on Sunday.

"I believe this award is the result of your passion after having devoted yourself and worked endlessly for your team all season," Yoon wrote in a message to Son, posted on his Facebook page. "(The title) is not only a personal honor for you, but a joyous occasion to be celebrated by the entire Asian football community."

The president said the news was "a message of hope" for the people amid the COVID-19 pandemic.

He also said he would continue to root for Son together with the people and look forward to his performance with the South Korean national team at this year's FIFA World Cup in Qatar in November. (Yonhap)