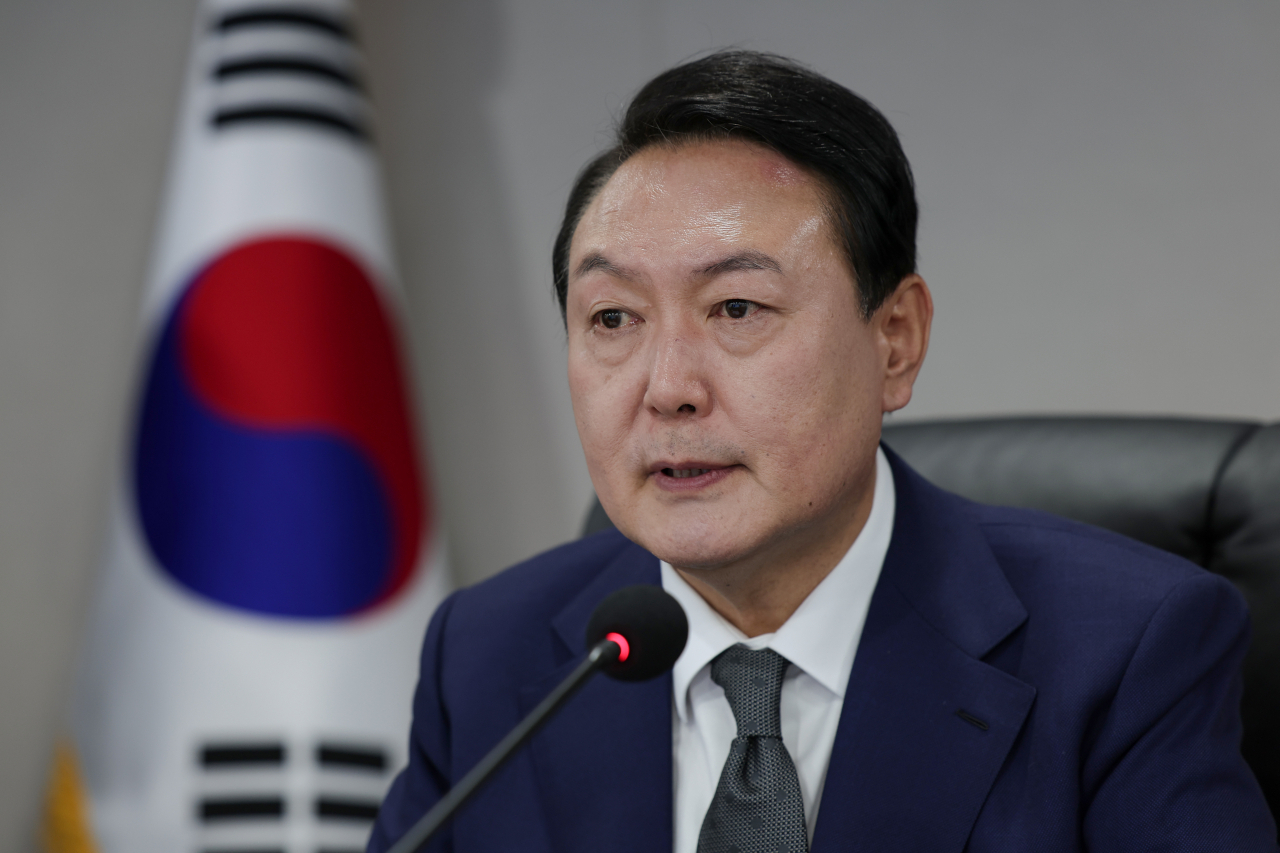 More than 52 percent of South Koreans gave a positive assessment of President Yoon Suk-yeol's handling of state affairs in the first poll on Yoon's approval rating since he took office on May 10, the pollster Realmeter said Monday.

In the poll of 2,528 people aged 18 or above nationwide conducted from Monday to Friday of last week, 52.1 percent said Yoon did a good job, while 40.6 percent said he did not.

Contributing to the approval ratings were believed to be Yoon's first summit with US President Joe Biden and his attendance in a ceremony marking the 1980 pro-democracy uprising in the southwestern city of Gwangju, Realmeter said.

It marks the first time the PPP's approval rating surpassed the 50 percent mark since the third week of February 2020 before it changed its name from the United Future Party.

The poll has a margin of plus or minus 1.9 percentage points at a 95 percent confidence level.

In a separate poll of 1,002 voters conducted by the Korea Society Opinion Institute (KSOI) over the weekend, Yoon's job approval rating was 55.7 percent.

The IPEF is a framework unveiled by Biden at the East Asia Summit last October to strengthen US economic cooperation with Indo-Pacific partners in key areas, such as fair trade, supply chain resilience, infrastructure, clean energy and decarbonization. (Yonhap)