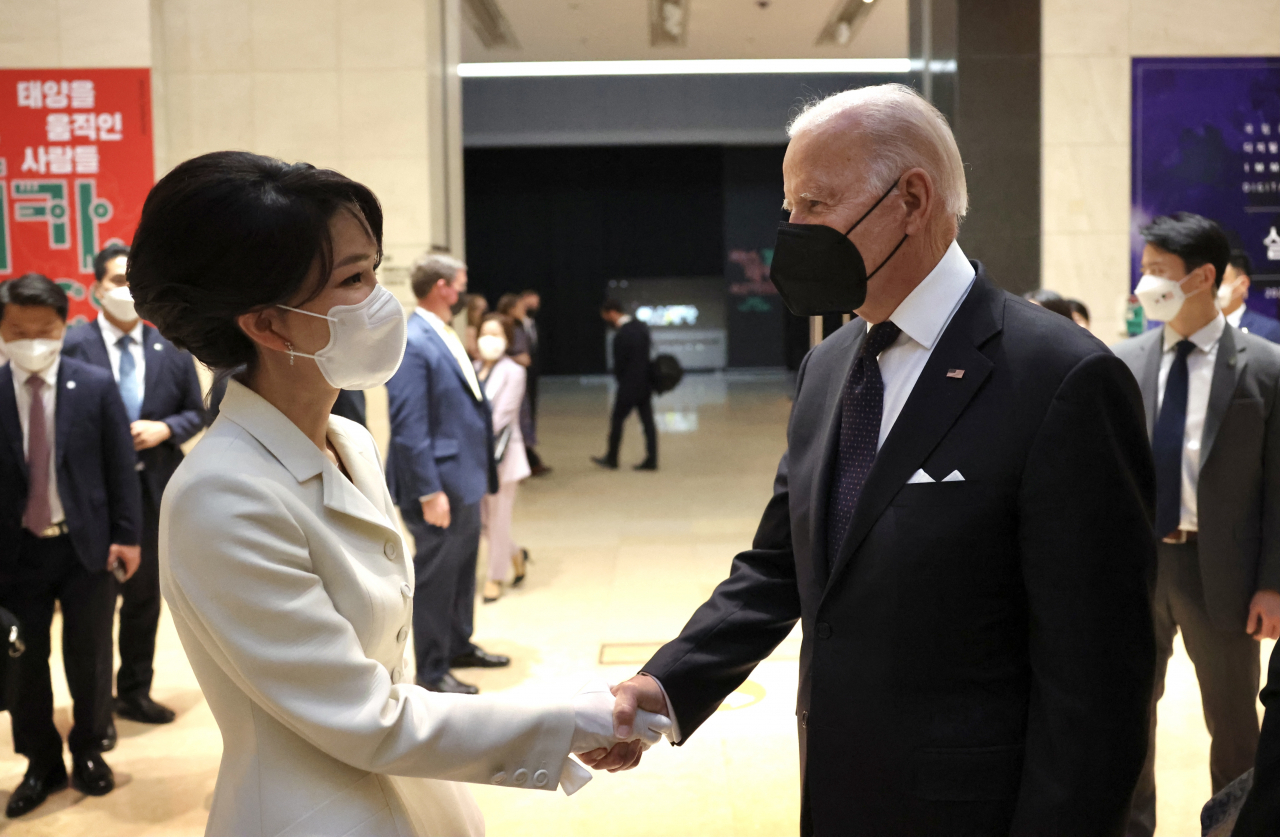 This photo, provided by the presidential office, shows first lady Kim Keon-hee (L) and US President Joe Biden shaking hands ahead of a state dinner at the National Museum of Korea in Seoul last Saturday. (Presidential office)

In meeting with first lady Kim Keon-hee for the first time this past weekend, US President Joe Biden had a few good words to say, according to sources Monday.

Biden was greeted by first lady Kim Keon-hee when he arrived at the National Museum of Korea for a state dinner Saturday.

He told President Yoon Suk-yeol and Kim the two men had something in common: Both had "married up."

Kim said she hoped to see him again soon, and Biden replied that he hoped to meet her when she visited the United States, the sources said.

Biden was in South Korea from Friday to Sunday on his first visit to the country as president and less than two weeks after Yoon took office.

The two men held a summit Saturday, agreeing on a range of security and economic issues, such as expanding combined military exercises.

A joint statement issued after the summit said Biden also invited Yoon to visit Washington "at a time of mutual convenience."

Biden's wife, Jill, did not join the US president on his trip to South Korea, which, under a principle of reciprocity, precluded Kim from attending official events during his stay.

She did not stay to attend the state dinner. (Yonhap)