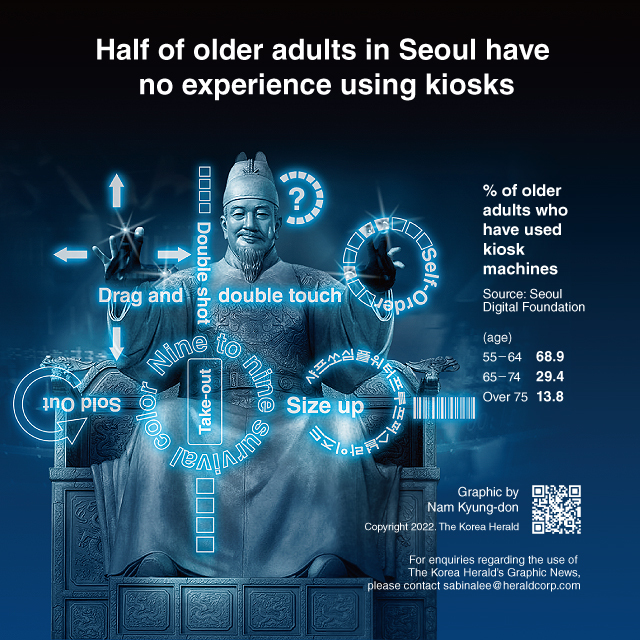 Half of older adults in Seoul have no experience using digital kiosks, a survey showed, despite a rising number of businesses adopting such self-service electronic machines amid the pandemic.

The poll released by the Seoul Digital Foundation, a digital arm of the city government, showed 45.8 percent of people aged 55 or older living in Seoul said they have used kiosk machines, compared with 94.1 percent of those aged less than 55.