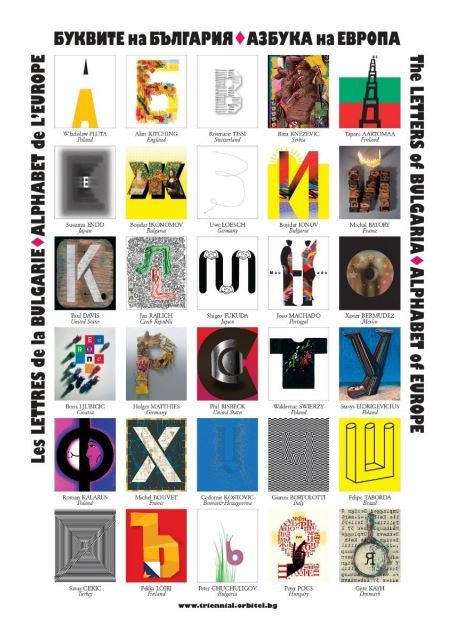 (Bulgarian Embassy in Seoul)
To commemorate Bulgarian alphabet day, the Bulgarian embassy in Seoul, Bulgaria’s Education and Culture Ministry and Busan metropolitan city is co-hosting an exhibition titled “The Letters of Bulgaria - Alphabet of Europe.”

The exhibition runs from May 16-30 and aims to introduce ancient Cyrillic script, which originated in the ninth century.

According to the Bulgarian embassy, visitors will be able to Cyrillic-inspired art, learn how Bulgaria helped spread Orthodox Christianity and literature throughout Europe and how the Bulgarian alphabet took its rightful place alongside Greek and Latin as one of the continent‘s three main scripts.

Bulgaria and Korea both celebrate the creation of their native alphabets – Hangeul on Oct, 9 and Bulgarian Cyrillic on May 24, said Draganov.

The project was created by the International Triennial of Stage Poster - Sofia and carried out with the support of the Sofia Municipality’s Culture program, according to embassy.

The embassy said in a press release that the 30 posters on display were created by 30 renowned artists from 20 countries, each reflecting one of the 30 letters of the Bulgarian alphabet.

“Each letter was chosen by drawing lots during the international adjudication of the fifth International Triennial in October 2007 in Sofia,” read the release.

“One of the letters, “Ь”, was recreated after a contest among young Bulgarian artists and students, in which more than 60 authors aged 35 and under took part. All posters feature four colors in a 70х100 cm format, and have identical typographic designs,” it said.