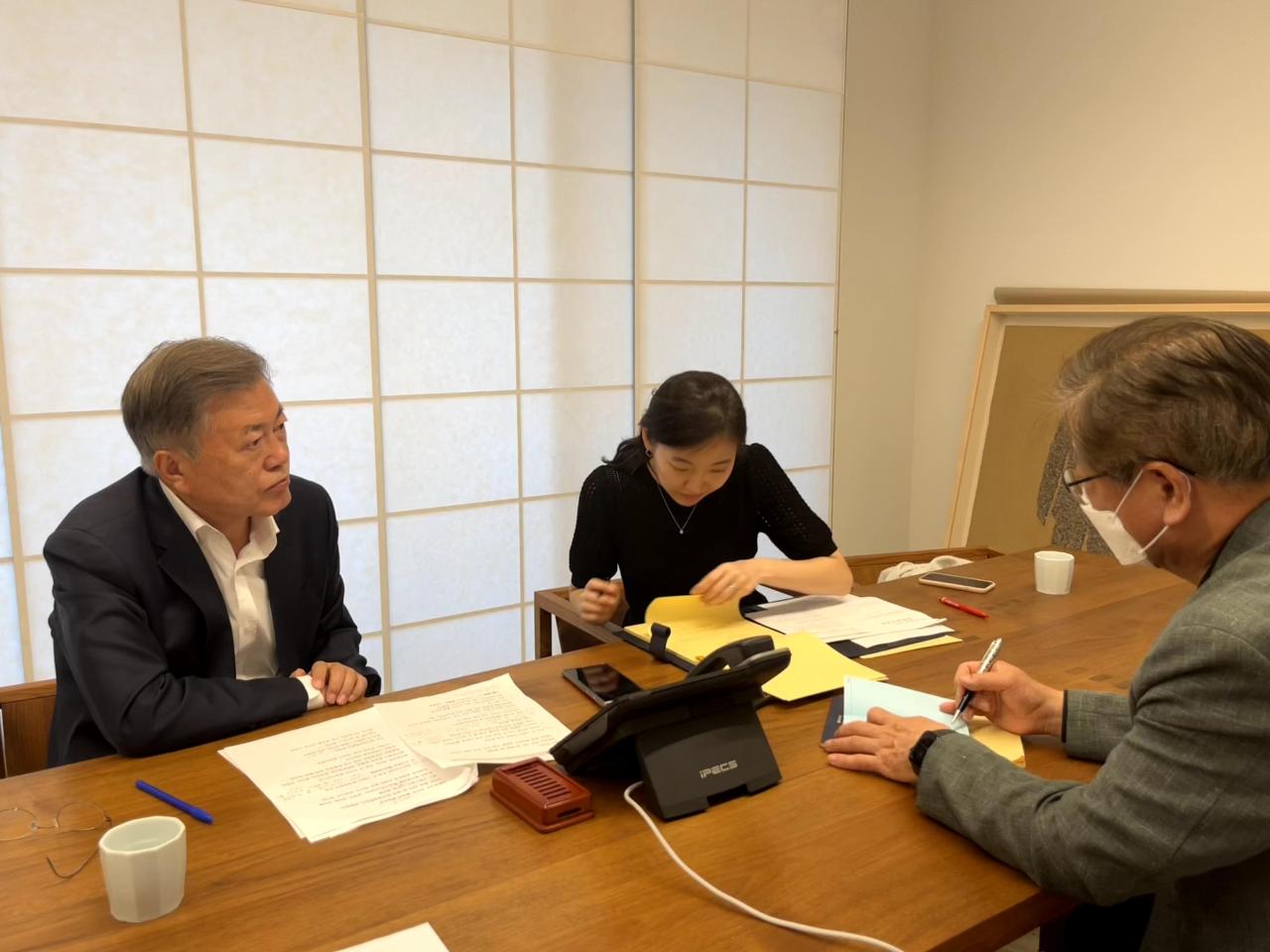 According to Rep. Youn Kun-young of the main opposition Democratic Party of Korea, Moon and Biden held a phone conversation lasting about 10 minutes from 6:52 p.m. on Saturday, and exchanged friendly messages.

Youn said that Biden referred to Moon as a “good friend,” and Moon welcomed the US leader and said “I appreciate this call as I wanted to greet you myself in my retirement.”

Moon and Biden also recalled their last official summit held at the White House in Washington D.C., with Biden saying he keeps it as a “good memory” where the two countries could build a historic foundation for stronger Korea-US alliance.

“I thank you for making efforts to bolster US-Korea alliance,” Biden was quoted as saying in the Korean press release.

Moon also responded, “I would like to show my appreciation for visiting South Korea as the first destination in Asia, and that, it shows the firmness of the alliance.”

The former president also congratulated Biden for successfully finishing his first official summit with the current South Korean President Yoon Suk-yeol, and expressed anticipation for further development of the alliance between the two countries.

Biden thanked Moon for Korea’s response to the Ukraine War, of how the country contributed in the formation of stonger bonds of the international society. Moon said it is “a duty that must be carried out by a democratic country.”

Moon gave Biden a Crucifix made with melted down barbed wire from the demiltarized zone separating the two Koreas, which symbolizes peace on the Korean Peninsula, Youn said.

Former First Lady and Moon’s wife Kim Jung-sook sent a personal letter and a silk blanket to US First Lady Jill Biden, and a tranditional Korean clothing hanbok to their grandson Beau Biden.

The two also expressed their anticipations to meet again in the future.

Moon retired from office on May 9, and moved to Yangsan, a southeastern city in South Gyeongsang Province.

Moon and Biden were previously anticipated to hold a face-to-face meeting during the US president’s trip to Seoul, but the US side confirmed earlier this week that it had not scheduled a meeting between the two.

The US President arrived in Seoul on Friday for a three-day trip, to hold his first summit with Yoon.