[ The Korea Herald – Send E-mail ]
Seoul-Tokyo relationship will change amid ‘competition between democracies and autocracies’
Biden reiterates his ‘democracy-versus-autocracy’ framework to emphasize on need for recovery of ties between Seoul and Japan
By Jo He-rim
Published : May 21, 2022 - 18:34
Updated : May 22, 2022 - 16:11 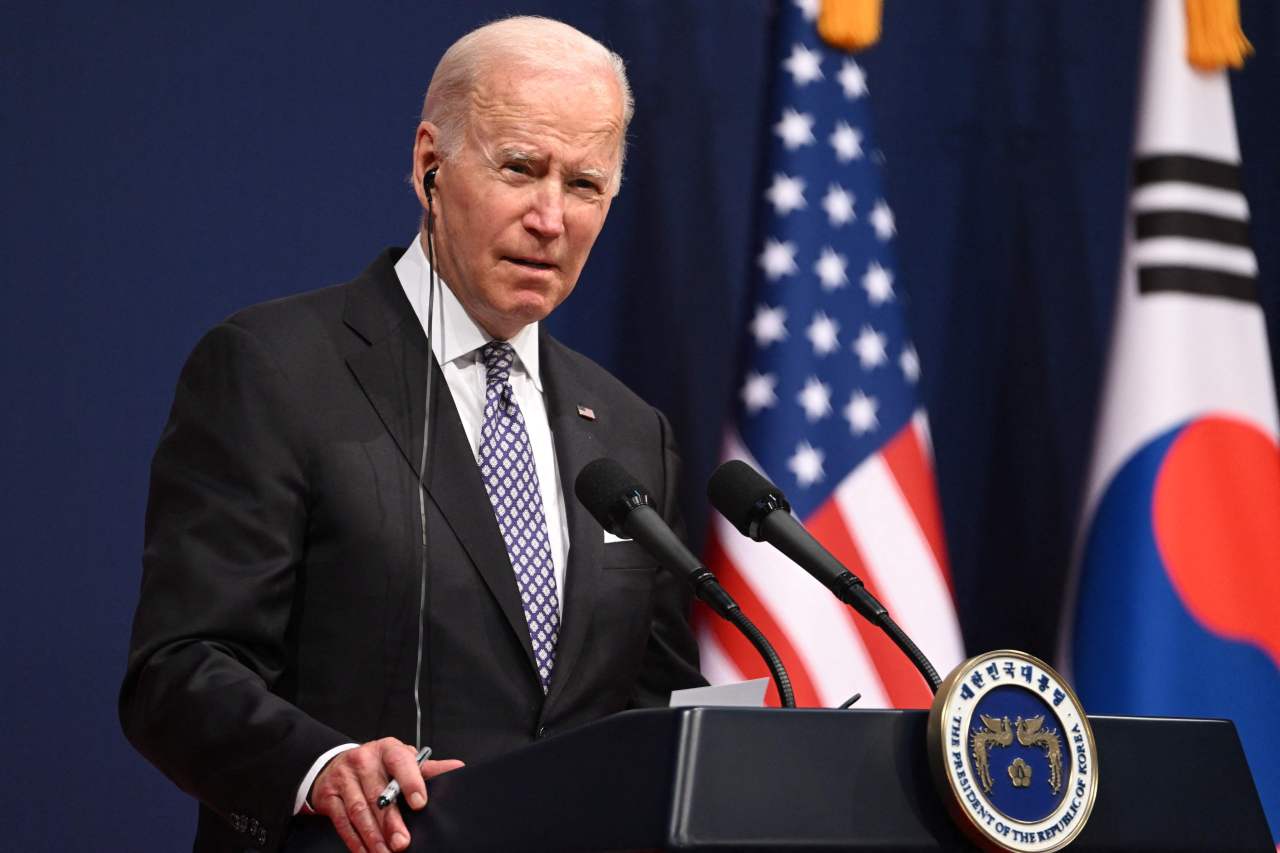 US President Joe Biden said there is room for improvement for Seoul and Tokyo’s strained relationship, and stressed on the importance of building strong ties in the wake of growing competition between democracies and autocracies, Saturday.

Speaking at a press conference following the first summit talks with South Korean President Yoon Suk-yeol in Seoul, Biden said he spoke about Korea’s relationship with Japan with Yoon in “generic terms,” and explained how he thinks it is “critically important that we have a very close trilateral relationship, including economically as well as, as militarily.”

The ties between South Korea and Japan have sunk to their lowest level since the normalization of diplomatic relations in 1965, with thorny issues regarding wartime history and trade stand between them unresolved.

In response to a question about what role the US can play in resolving the strained relations between South Korea and Japan, Biden said: “There are ways to deal with some of the trade barriers that were placed—some of which, by the way, were placed on my predecessor (former President Donald Trump) -- which we’re looking at very closely right now. So I think there’s a lot of room to move.”

With Yoon, Biden said he talked “in some length” about the need to expand regional partnerships and to sustain democracy from threats made by autocracies.

“We talked in some length about the need for us to make this larger than just the United States, Japan, and Korea, but the entire Pacific and the South Pacific and Indo Pacific. I think this is an opportunity,” Biden said.

“I really do think we’re at an inflection point in world history. ... there’s going to be a competition between democracies and autocracies. Unfortunately, they have been proven to be correct, not just here, but around the world.”

In the summit with Biden, South Korean President Yoon has agreed to make efforts to build trust with Japan, to “get rid” of thorny issues that stand between them, a South Korean official told reporters on the condition of anonymity on Saturday.

The US is leading the launch of the Indo-Pacific Economic Framework, an economic initiative widely seen as a regional coalition intended to exclude China from the global supply chain, South Korea is joining as a founding member, together with Japan.

Yoon and Biden held their first summit on Saturday, which comes in 11 days after the South Korean president was inaugurated.