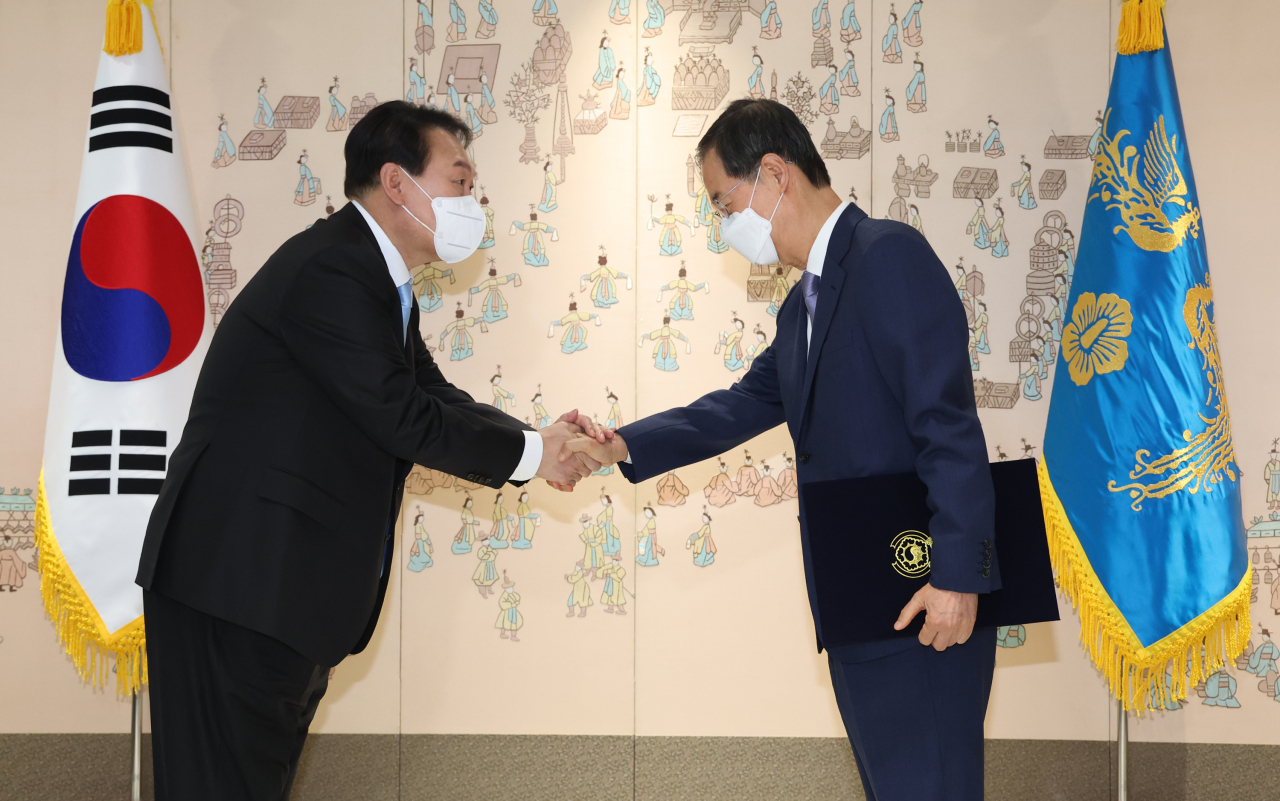 Yoon conferred an appointment certificate on Han in the morning at the presidential office in Seoul.

Han took the country's No. 2 government post for the second time. The 72-year-old previously served as prime minister during the liberal Roh Moo-hyun administration from 2007 to 2008.

During his confirmation hearing, Han said stabilizing the economy for ordinary people's livelihoods will be his top priority.

His appointment is expected to give much-needed momentum to the fledgling Yoon administration facing a series of tasks, including a recovery from COVID-19 and rising tensions on the Korean Peninsula sparked by continued North Korean provocations.

Meanwhile, Han, along with some presidential aides, plans to attend a memorial service for late former President Roh Moo-hyun set to take place in the southern town of Bonghwa on Monday, according to Han.