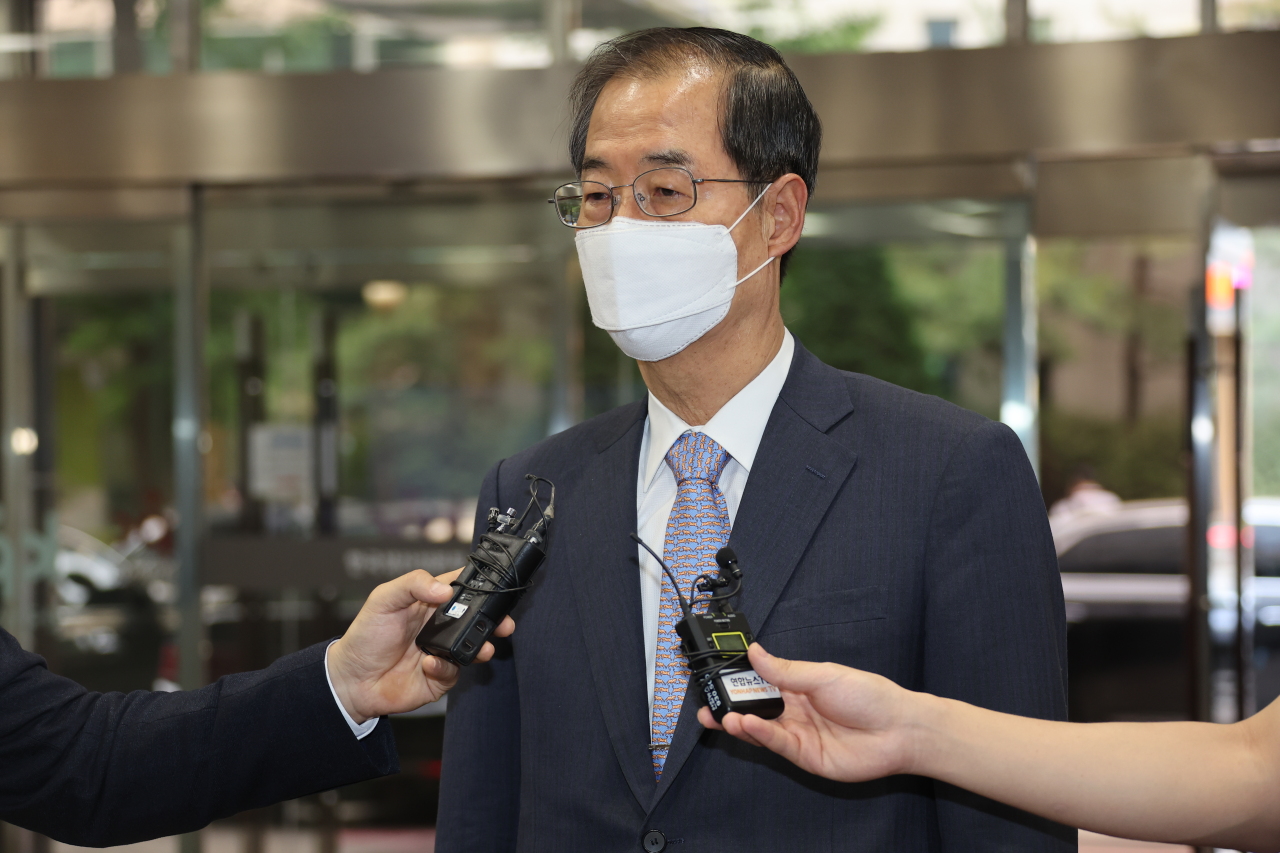 Prime Minister Han Duck-soo speaks with the press ahead of a confirmation hearing at the National Assembly in central Seoul, Friday. (Yonhap)
The National Assembly on Friday approved the appointment of Han Duck-soo as the new prime minister, with the main opposition Democratic Party of Korea deciding to vote for the appointment at a meeting held late in the afternoon.

The president can appoint ministers without parliamentary approval with the exception of the prime minister.

The Democratic Party had expressed discontent with Han as a prime minister pick citing the unusually high salary he drew while working in the private sector, and over President Yoon Suk-yeol appointing Han Dong-hoon as the Minister of Justice despite the opposition party being strongly opposed against the appointment.

With a 44-year career in the public sector, Han has served in key posts in both left- and right-leaning administrations. He served as the prime minister during the Roh Moo-hyun administration and later served as ambassador to the US from 2009 to 2012 during the conservative Lee Myung-bak administration.