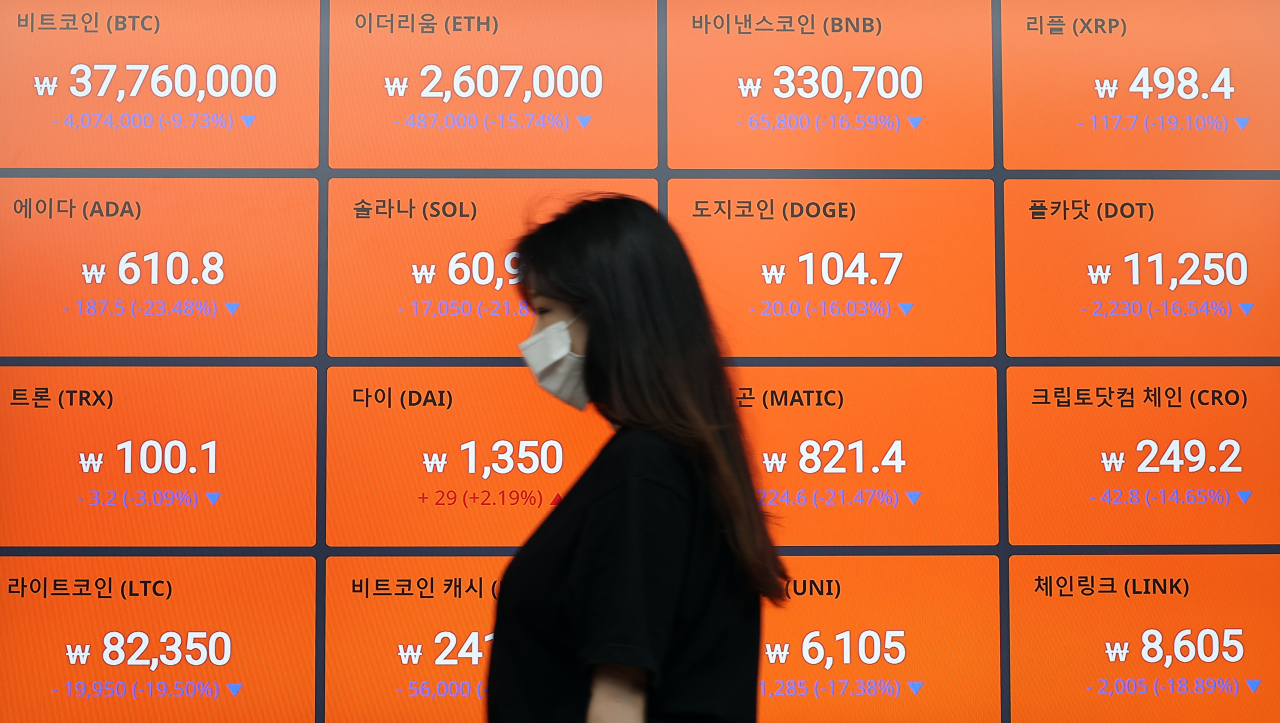 A woman passes by an electronic board showing cryptocurrency prices at Bithumb headquarters in southern Seoul. (Yonhap)
Some 100,000 retail investors in South Korea each held over 100 million won ($78,000) in deposits at cryptocurrency exchanges here as of end-2021, government data showed Thursday, fueling concerns as the recent crash of Korean-made terraUSD and luna cryptocurrencies has decimated the value of digital assets.

As of end-December last year, a total of 5.58 million investors were registered with local crypto exchanges, including those provide won-denominated and coin trading, according Financial Services Commission. Of them, 94,000 had deposits over 100 million won on the platforms.

The FSC reviewed all exchanges here, to avoid overlaps and double-counting.

By gender, there were 3.74 million male crypto investors, compared with 1.84 female investors. 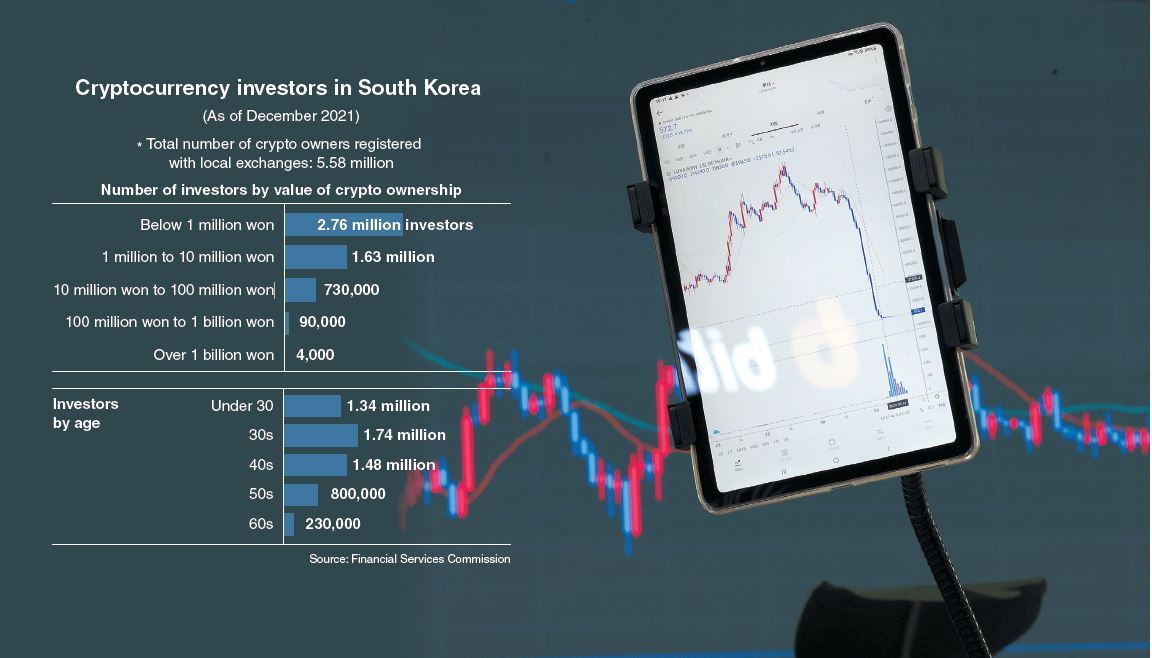 A total of 623 different types of cryptocurrency were being traded here in the cited period.

Thursday’s data comes as five South Korean investors that faced losses up to 1.4 billion won from the latest meltdown of the stablecoin terraUSD and its once bullish sister coin luna sued co-founders of Terraform Labs, the firm behind the cryptocurrencies. Complaints have been filed with the Seoul Southern District Prosecutors Office against the cryptocurrency firm’s co-founder and CEO Do Kwon (whose legal name is Kwon Do-hyung) and co-founder Daniel Shin, according to LKB & Partners, the law firm representing the investors on Thursday.

Do and Shin were accused of fraud and collecting money from investors without obtaining proper authorization or filing necessary reports, LKB & Partners explained. Additional inquiries about the lawsuit have come from within South Korea and overseas, including from investors in the US and Italy, it added.

TerraUSD and luna have lost almost all of their value as of this week. Stablecoins are cryptocurrencies that attempt to peg their market value to some external references, such as fiat money or exchange-traded commodities. TerraUSD is a stablecoin pegged to the dollar and luna is its digital coin counterpart.

The troubled cryptocurrencies wiped out almost $38 billion from investors’ balance sheets in a week with 280,000 Korean investors seeing hefty losses, according to FSC Chairman Koh Seung-beom. They both saw 99 percent declines in prices. Luna reached a high of $119 early last month but now trades at less than two-hundredths of a cent.

Korean financial authorities have been investigating high-risk cryptocurrencies and are working on passing a bill that would protect stablecoin investors, similar to the Markets in Crypto-assets (MiCA) regulation introduced in 2020 in the European Union. The regulation provides a legal framework for crypto-asset markets to develop within the EU by clearly defining the regulatory treatment of crypto-assets that are not covered by existing financial services legislation.