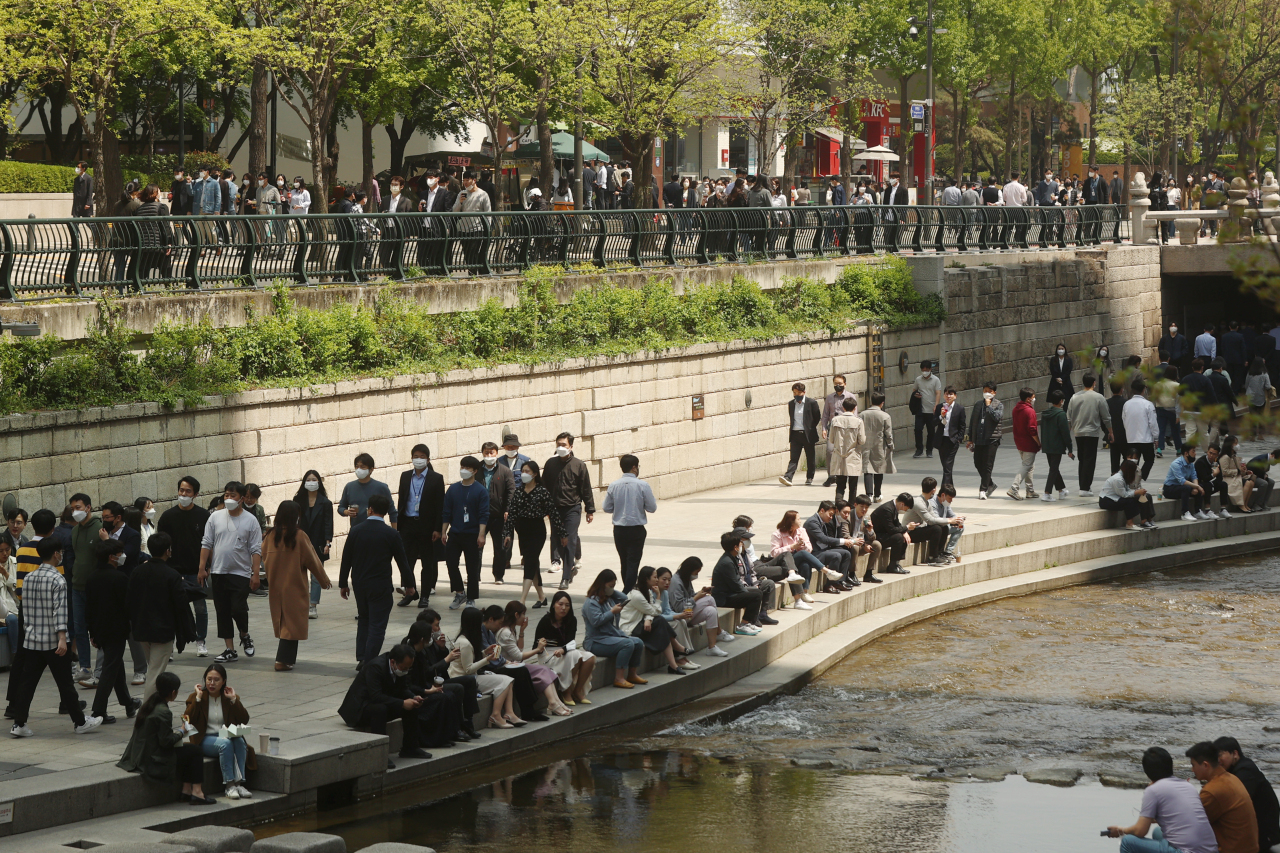 People walk along Cheonggye Stream during lunchtime in central Seoul on April 20. (Yonhap)
Over 70 percent of job seekers in South Korea said they were willing to get a position at a startup company, a survey showed Thursday.

According to online recruiting platform JobKorea’s survey of 1,063 workers and job seekers, the most-selected reason for expressing a willingness to work at a startup was their growth potential, with 52.9 percent.

Respondents could pick more than one reason, and 35 percent said they believed working at a startup would provide many learning opportunities, while 29.5 percent said the welfare system for employees at startups was appealing, followed by 27.2 percent choosing startups’ horizontal culture.

Some of the other reasons they would consider working at a startup included various welfare systems for employees and opportunities for individual growth.

“It appears that workers and job seekers are highly interested in startups with business visions that have high growth potential and an autonomous company culture,” said a JobKorea official.

“In particular, there have been startups that offer an unusual welfare system reflecting their autonomous culture and this seems to have had positive effects on recruiting talented people and keeping them,” the official added.

The survey also asked workers and job seekers what they would want the most from a company’s welfare system. The most picked answer was “four-day work week,” followed by “flexible working hours” and “working from home.”