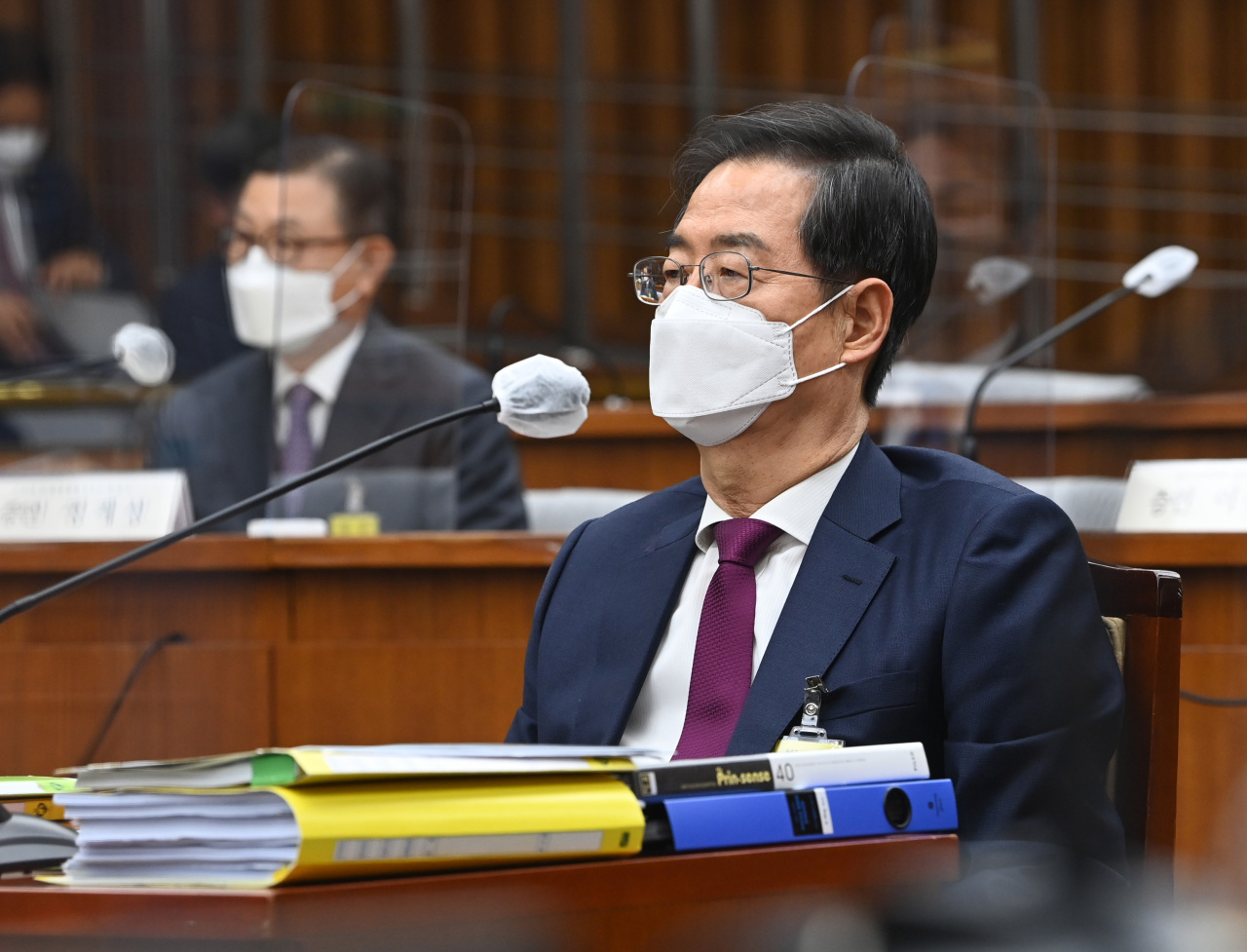 The National Assembly has scheduled a plenary session at 2 p.m. Friday to vote on whether to approve Han’s appointment to the office of prime minister. The Democratic Party holds sway over the final vote, as it controls 168 seats and holding super majority at the legislative branch.

In South Korea, the prime minister is the only Cabinet post that requires parliamentary approval, and the president can appoint figures for any other ministerial posts without gaining approval from the legislative branch.

The main opposition party already seems determined to vote against Han at the upcoming plenary session, as its legislators have vocally expressed discontent with Yoon deciding to forge ahead with appointing Justice Minister Han Dong-hoon on Tuesday.

“The ruling and opposition bloc were discussing to hold a general session on the 20th to vote on appointment of Prime Minister nominee Han Duck-soo,” Rep. Oh Weong-hwan, a spokesperson for the Democratic Party, said in a press briefing shortly after Han Dong-hoon’s appointment was announced.

“Forcibly appointing nominee Han Dong-hoon shows that President Yoon does not care about the people and is not willing to their voices.”

The liberal party took Yoon’s appointment of the Justice Minister as a step away from calls he made for cooperative politics during his first address to the National Assembly on Monday. It now believes it is justified in clearly standing at odds with the Yoon administration.

For the People Power Party to successfully appoint Han Duck-soo, it needs 147 votes out of 292 incumbent legislators. The ruling party controls 109 seats, which means it needs to draw at least 38 more votes from the Democratic Party, the Justice Party and independent legislators.

Some members within the liberal party have called for other members to approve Han Duck-soo without conditions as a means to win back public trust and save face in the local elections. The party has also been looking to recover from the impact of recent sexual misconduct scandals involving its lawmakers.

“I believe we should give unconditional approval to appoint Prime Minister Han Duck-soo,” Rep. Jung Sung-ho of the Democratic Party said in a Facebook post Thursday.

“We should trust the people and let them decide on the outcome of nominating a prime minister and ministers that do not meet our standards,” he added.

It is also speculated that Yoon and the People Power Party could use Health Minister nominee Chung Ho-young as a means to persuade the Democratic Party into voting in favor of appointing Han Duck-soo.

Chung, like some of Yoon’s Cabinet picks, has been caught up in suspicions of abusing his power and authority to provide preferential treatment for his children in the past. Yoon has not signed on appointing Chung even though more than two weeks have passed since his confirmation hearing.

Yoon could promise to walk back from nominating Chung in exchange for favorable votes from the Democratic Party on appointing Han Duck-soo, some believe.

The Democratic Party is hold a meeting of its legislators prior to the Friday general session to reach an official stance on Han Duck-soo’s appointment.