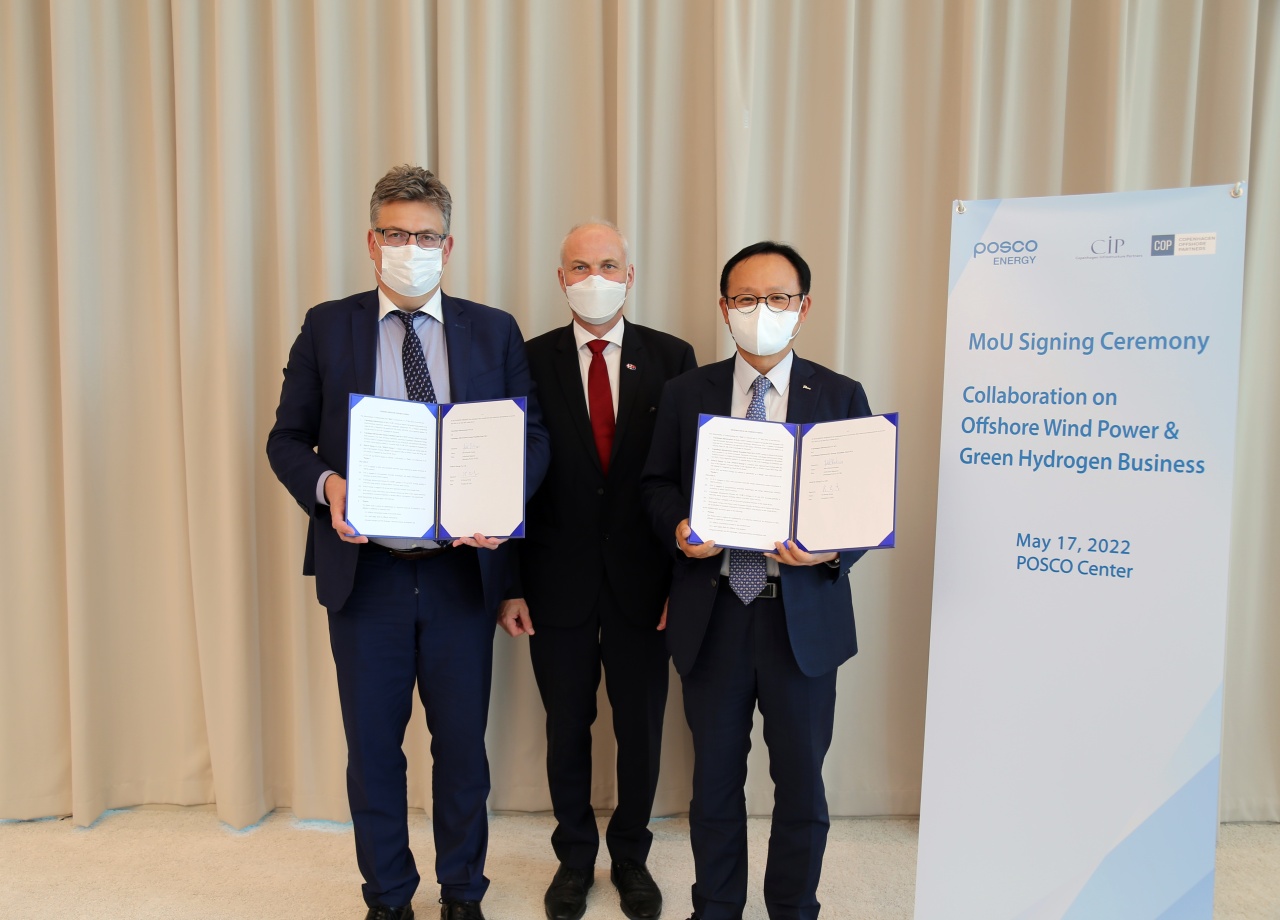 “Through cooperation with CIP, we will have opportunities not just in Korea but also overseas in the offshore wind power business. We also expect to work together in the green hydrogen business,” Chung said.

“Posco Energy, a global integrated energy company, is promoting the hydrogen power generation business,” Poulsen said, adding that when Posco commercializes hydrogen-based steelmaking, it will generate the largest demand for hydrogen in Korea.

Established in Denmark in 2012, CIP currently manages assets worth about 18 billion euros ($18.97 billion) and does business in 14 countries including Korea.

CIP has said it will invest 100 billion euros in green energy by 2030.