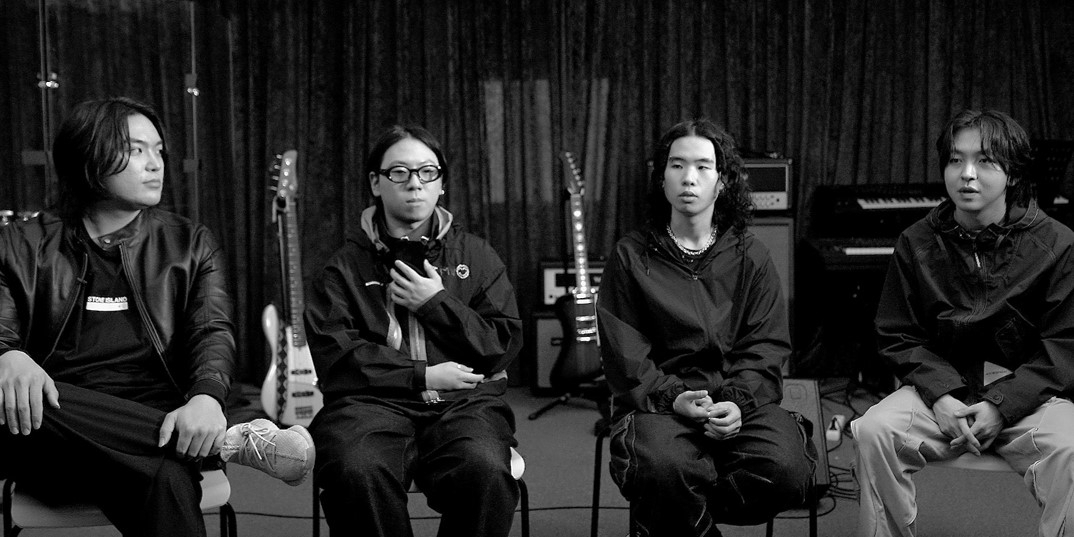 SURL speaks during an interview at their studio in Mapo-gu, western Seoul.

Rock music is seen as a cult genre in Korea, according to SURL, with the wider public not knowing much about it.

But as one of the groups scheduled to participate in Mnet’s next music survival program “Great Seoul Invasion,” a program aimed to discover Korea’s next generation of band groups, indie band Surl hopes to bridge the gap.

“We want to break down that barrier. Hopefully, our next full-length album and Mnet’s upcoming band survival show will become an opportunity to do just that,” said Lee Han-bin, the band‘s guitarist.

Singer Seol Ho-seung explained that the band reaches out to their listeners with a universal message of comfort and relatability. He also said many people, especially those in their 20s, were depressed today, and that the band tries to touch on these common emotions.

“Our songs also go beyond those feelings to send a message of comfort. People naturally feel that they’re not alone while listening to our songs, and they’re comforted by that,” he added.

Seol described himself as a 20-something like any other, determined but worried about what lies ahead.

“These days, not only people in their 20s, but everyone is worried about the future, and I think I’m just one of those people,“ he said.

“I went through a hard time when I was 20, and the feeling of depression was pretty strong. But there were a lot of people around me who reached out to me then, including these friends. Our song ‘The Lights Behind You’ is a message of gratitude to those people.”

SURL is composed of four members: singer Seol Ho-seung, guitarist Kim Do-yeon, drummer Oh Myeong-suk and guitarist Lee Han-bin. Before the band, they were just ordinary South Korean students playing music for school. The four members, all born in 1998, started the band when Lee called up his 20-year-old high school friends to make music together for the fun of it. 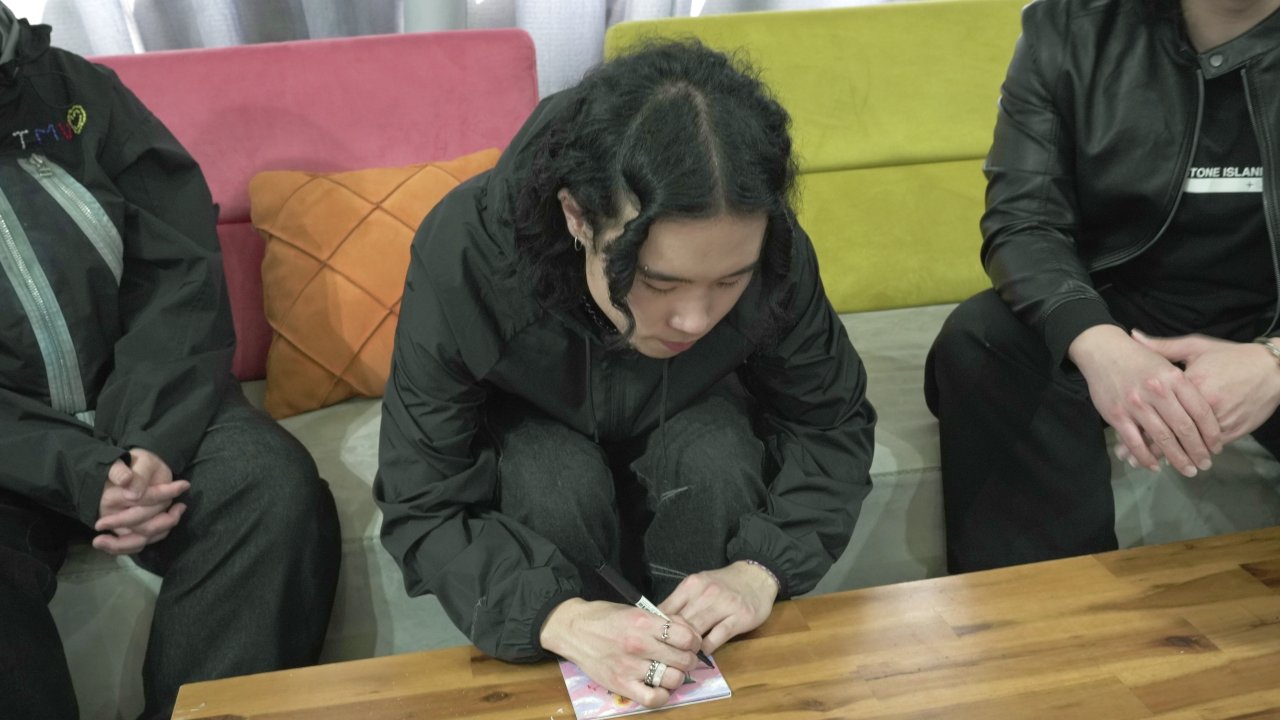 SURL’s leader Seol Ho-seung signs a copy of their 2019 EP “I know.”
The foursome quickly gained recognition in 2018 after winning the Shinhan Card Hello Rookie Awards, with only one year of practice and no prior physical album released.

To fans, the band encapsulates liveliness, with the members’ lighthearted playfulness and songs that takes the listener back to their youth.

It was that spirit of youth that had pushed them forward despite the challenges they faced. The four lodged together for practice in their first year as a band, and described their work environment at the time.

“The space was too small. ... It was a little over 1 pyeong. It was hard for all four of us to sleep in such a cramped space,” said Seol.

“What I remember is that the bathroom burst in the basement practice room and the bathroom hallway overflowed with water. It was very shocking,” said Lee.

“(We had a) self confidence that sprouted from ignorance. Because we had no experience, we had nothing to fear,” said Oh. “Even in that kind of environment, the music we were making was so good. We were able to endure those moments because we enjoyed it.”

From underground to the best: Unveil is a series of articles and video interviews that delves into the stories of South Korean artists who started in the underground scene and made their name through their unique style and music. --Ed.