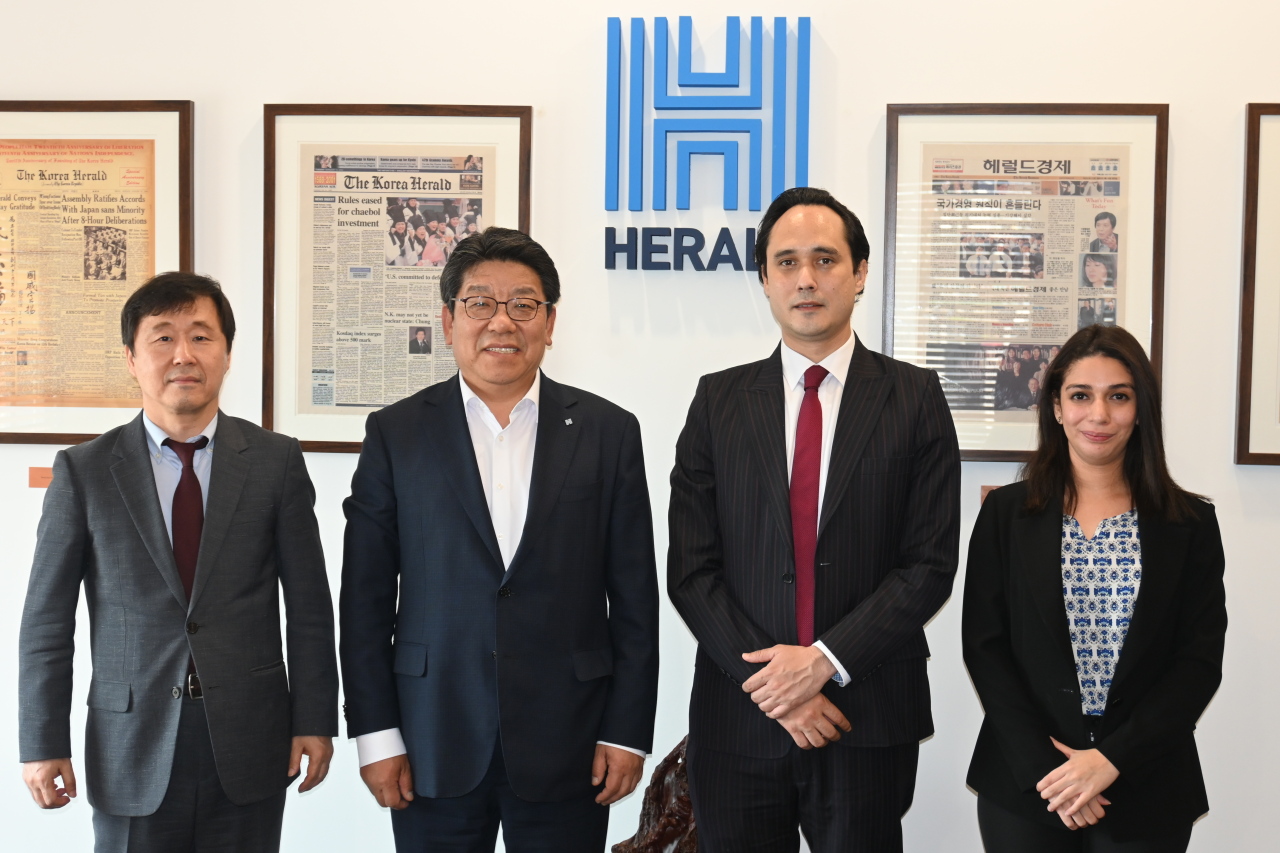 During a visit to The Korea Herald on Monday, El Salvador Ambassador to South Korea Jaime Jose Lopez Badia, The Korea Herald CEO Choi Jin-young and The Korea Herald Vice President Shin Yong-bae exchanged views on the need for developing businesses, a safety framework, a decentralized media platform and mass-media content in a digital ecosystem.

El Salvador has come up with forward-thinking policies like the “Bitcoin city” project. However, concerns of investors need to be respected, according to Lopez.

“There are a lot of positive reviews in El Salvador about cooperation with The Korea Herald on media discourse,” said Lopez.

The courtesy visit comes at a time when central banks and financial authorities from 44 countries are to hold a meeting with expert panels from lower and middle income countries in El Salvador. 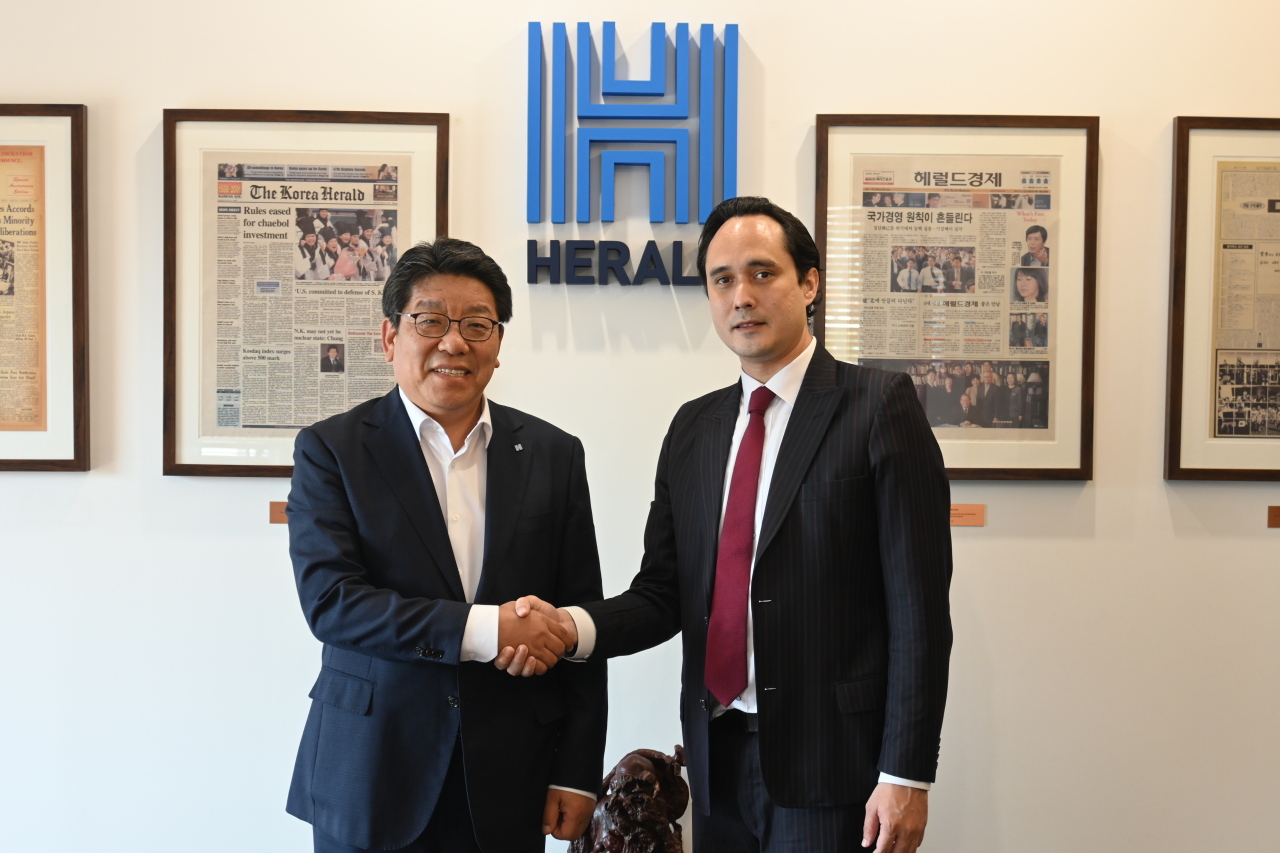 El Salvador Ambassador to South Korea Jaime Jose Lopez Badia (right), shakes hands with The Korea Herald CEO Choi Jin-young during a courtesy visit to the Herald Corp. headquarters in Yongsan-gu, central Seoul, Monday. (Sanjay Kumar /The Korea Herald)
“It was expensive, but now with the use of bitcoin as a platform, it is helping those who could not operate the banking system officially in person,” the ambassador said.

Choi echoed the ambassador’s view on the information gap, stressing the need for framing policy guidelines and financial regulations on digital assets through intensified cooperation between Korea and El Salvador.

Choi suggested joint participation of industry experts and corporations from both countries in the digital ecosystem, particularly blockchain technology-based businesses.

“Blockchain technology is a transformative key word for the ever-changing history of human civilization, and I applaud El Salvador’s leaders for implementing bold steps in the digital ecosystem,” said Choi, who recently co-authored the book “Metaverse Management.”

“Metaverse Management” analyzes US and Chinese companies’ strategies to dominate the metaverse market. It also suggests approaches for Korean companies to lead and survive in the competitive metaverse industry.