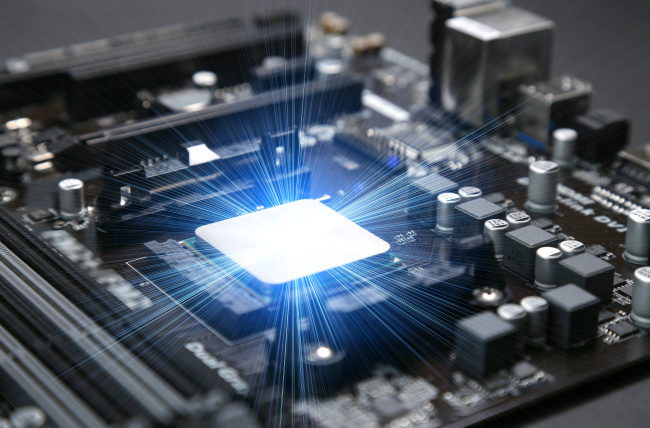 A visual concept image of a semiconductor chip (123rf)
Two former employees of Semes, a Samsung Electronics subsidiary and key semiconductor chip-related equipment supplier, have been indicted for their alleged involvement in technology theft.

The two former Semes staffers were allegedly involved in selling crucial wafer cleaning machines -- believed to be identical to ones by Semes -- to an undisclosed Chinese entity, according to Suwon District Public Prosecutors’ Office on Tuesday. The pair and another two employees of a Semes’ supplier were indicted by the prosecutors on charges of violating the Unfair Competition Prevention and Trade Secret Protection Act.

Those accused of technology theft reportedly obtained some 80 billion won ($62.6 million) in return.

A spokesperson of Suwon District Public Prosecutors’ Office declined to comment further on the matter, adding, “It will take a few more weeks to complete the investigation.”

The machines are considered as key to Samsung’s cutting-edge semiconductor chip technology.

At the earliest stage of the chipmaking process, it is crucial to keep chip wafers clean with cleaning equipment. As the wafers became thinner, the process requires a more sophisticated approach.

One of the ways to overcome the tech hurdle was for the equipment to use carbon dioxide in a supercritical fluid state to clean the wafer, which reduces damage to the wafer compared with cleaning with other fluids, like ultrapure water.

Semes was the world’s first company to develop the technology, and the machines have been supplied exclusively to Samsung Electronics, dedicated to memory chips, processor chips and contract-based chip manufacturing business.

Samsung has a stake of more than 90 percent in Semes, an equipment supplier that oversees a range of chipmaking processes from cleaning to etching, photography, testing and packaging.