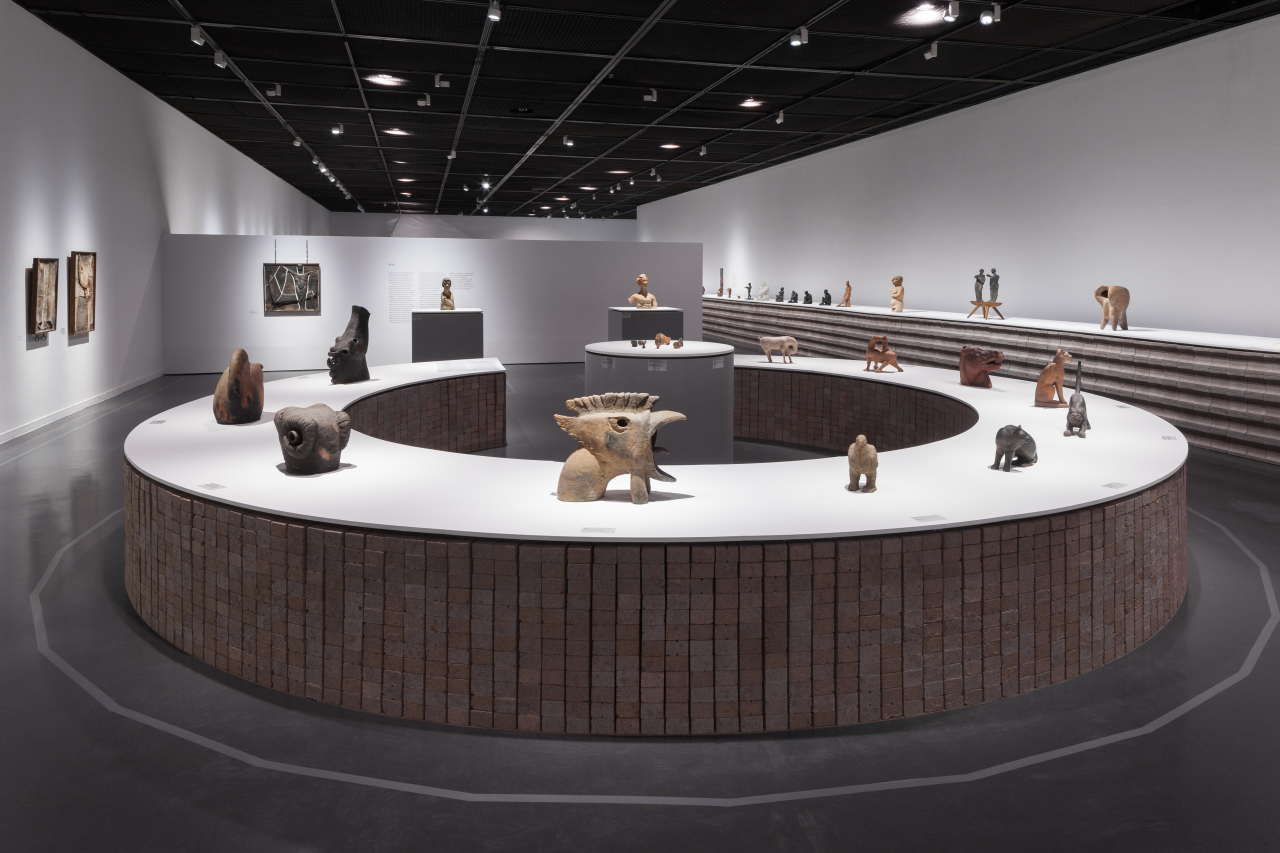 An installation view of “Kwon Jin Kyu Centennial: Angel of Atelier” at the Seoul Museum of Art (SeMA)

At age 37, he left behind many opportunities and headed home to take care of his elderly mother in Korea. He also harbored a strong desire to explore his own art in his homeland.

Kwon pursed the archaic medium of terracotta and lacquer, which were not commonly used for sculptures at the time in Korea. Terracotta is a durable material naturally resistant to mold and bacteria, while lacquer is resistant to decay, humidity and insects.

When seen in person, the sculptures created by Kwon seem alive even today, decades after their creation. Such an impression does not simply come from the materials he chose, but his unique way of portraying his subjects. Kwon referred to himself as more of an artisan than an artist, valuing what he creates using his hands, according to the biography written by Kwon’s nephew, Huh Kyung-hoe. 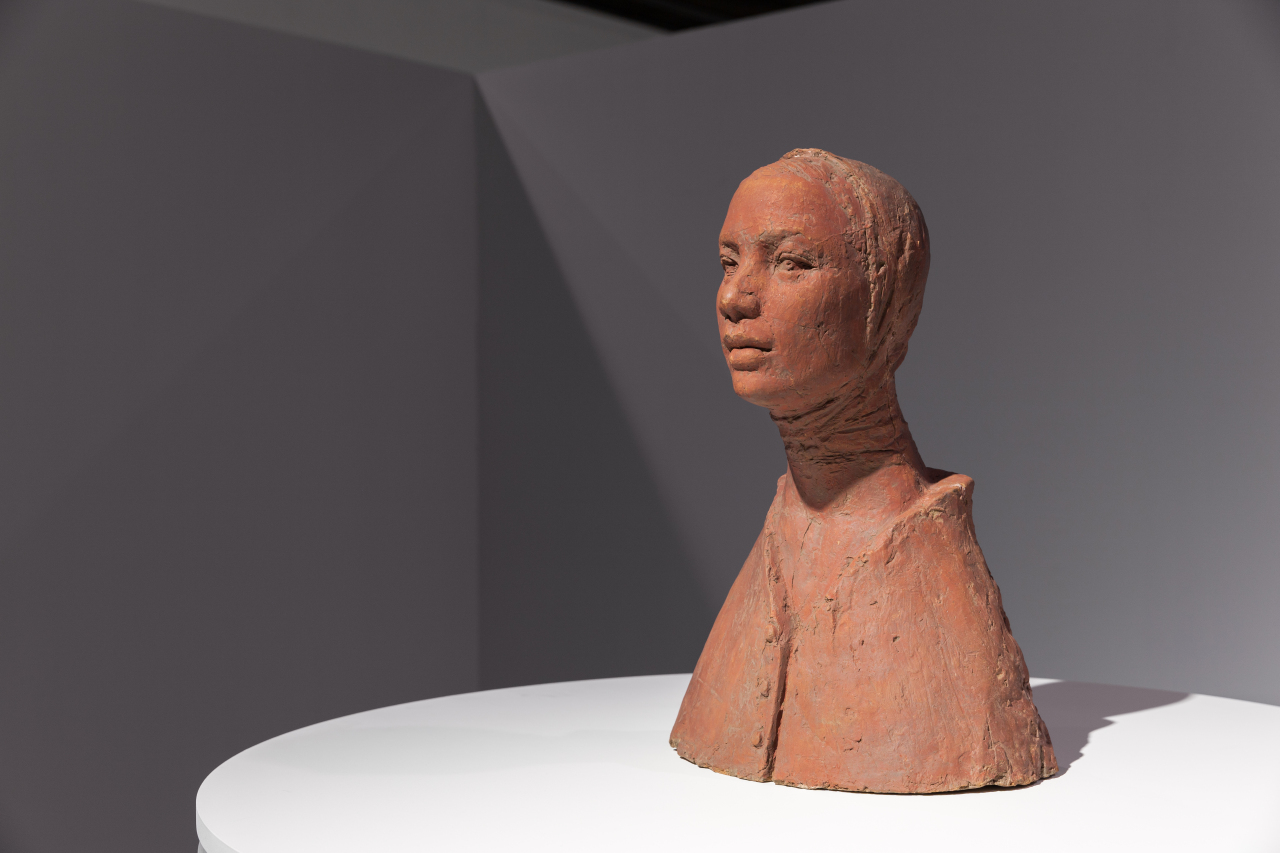 “Bust Z” by Kwon Jin-kyu is on display at the exhibition “Kwon Jin Kyu Centennial: Angel of Atelier” at the Seoul Museum of Art. (SeMA)

The best known sculpture by Kwon is “Bust Z,” also known as “Ji-won’s Face” in Korean. Made of terracotta, the sculpture is the face of a woman wearing a scarf wrapped around her head staring straight ahead. The 50-centimeter-tall sculpture is as intense as it is serene. Kwon left behind many sculptures, many of which appear androgynous and devoid of sexuality. In fact, many of his works emanate an almost religious quality.

In commemoration of the 100th anniversary of the artist’s birth, the Seoul Museum of Art in Jung-gu, central Seoul, is holding an exhibition titled “Kwon Jin Kyu Centennial: Angel of Atelier.” Featuring some 240 artworks and archive materials including those donated by the artist’s family, the show aims to shed light on the artist’s career from the 1950s to the 1970s.

“When Kwon started his artistic career in Korea, the art world was fascinated by abstract art rather than figurative works. But he pursued his own art based on realism,” curator Han Hee-jean told The Korea Herald. “What is special about Kwon is that he did not simply create sculptures that looked identical to the subjects, but tried to manifest the inner world of the subjects.”

While Kwon created many figurative sculptures of humans, including women and self-portraits, he also made sculptures of animals and Buddha statues. The titles of the three sections -- “Wander Forth (1947–1958),” “Self–Discipline (1959–1968)” and “State of Enlightenment (1969–1973)” -- were inspired by Buddhism. Kwon was a Buddhist and his faith influenced his artistic work, the curator said. 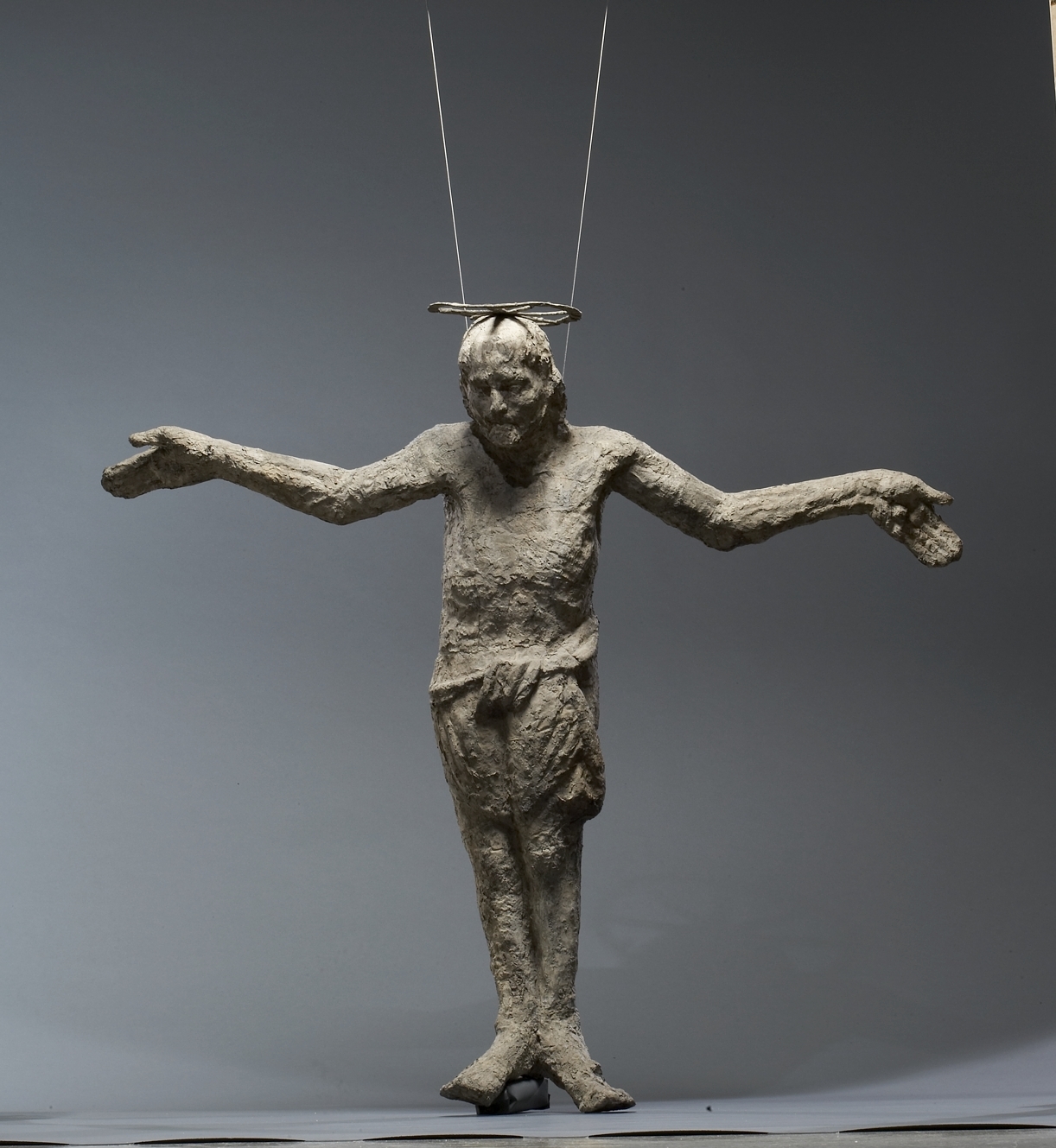 “Cruxifixion” by Kwon Jin-kyu is on display at the exhibition “Kwon Jin Kyu Centennial: Angel of Atelier” at the Seoul Museum of Art. (SeMA)

Before leaving the exhibition, visitors may encounter a 140-centimeter-tall sculpture of Jesus, spreading out his hands as if he is on the cross. The sculpture, which was created with Kwon’s lacquer techniques, is known as the largest work by the artist. It was created at the request of a minister from a church near Kwon’s atelier in Seoul. However, the work ended up being stored at Kwon’s atelier, as the minister did not like how the work turned out dark and rough due to Kwon’s lacquer technique.

When it came to lacquer sculptures, Kwon used hemp cloths, Kwon’s younger sister Kyong-sook said in a video played at the exhibition. “We had a lot of hemp blankets and covers. Kwon liked hemp because it is durable and indigenous to Korea. And he was proud of it,” she said.

The exhibition runs through May 22 at the Seoul Museum of Art. Admission is free of charge. The artist’s family donated 140 works by Kwon to the museum in 2021.