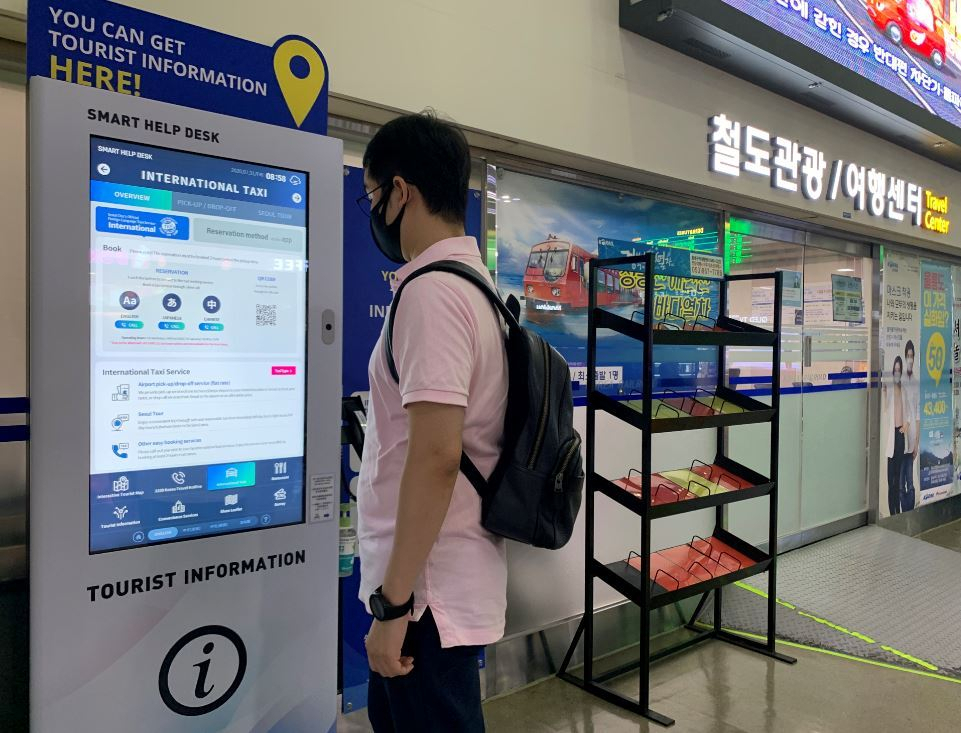 Half of older adults in Seoul have no experience using digital kiosks, a survey showed Monday, despite a rising number of businesses adopting such self-service electronic machines amid the pandemic.

The poll released by the Seoul Digital Foundation, a digital arm of the city government, showed 45.8 percent of people aged 55 or older living in Seoul said they have used kiosk machines, compared with 94.1 percent of those aged less than 55.

The survey showed 33.8 percent of older adults had difficulty using the kiosks properly.

The survey was conducted on 5,000 Seoul citizens, and it will be used for the city government's policy on providing digital education, officials said.

An increasing number of restaurants and stores have adopted kiosks as alternatives to keep personnel costs down amid the COVID-19 pandemic, ranging from ordering food to purchasing tickets. (Yonhap)