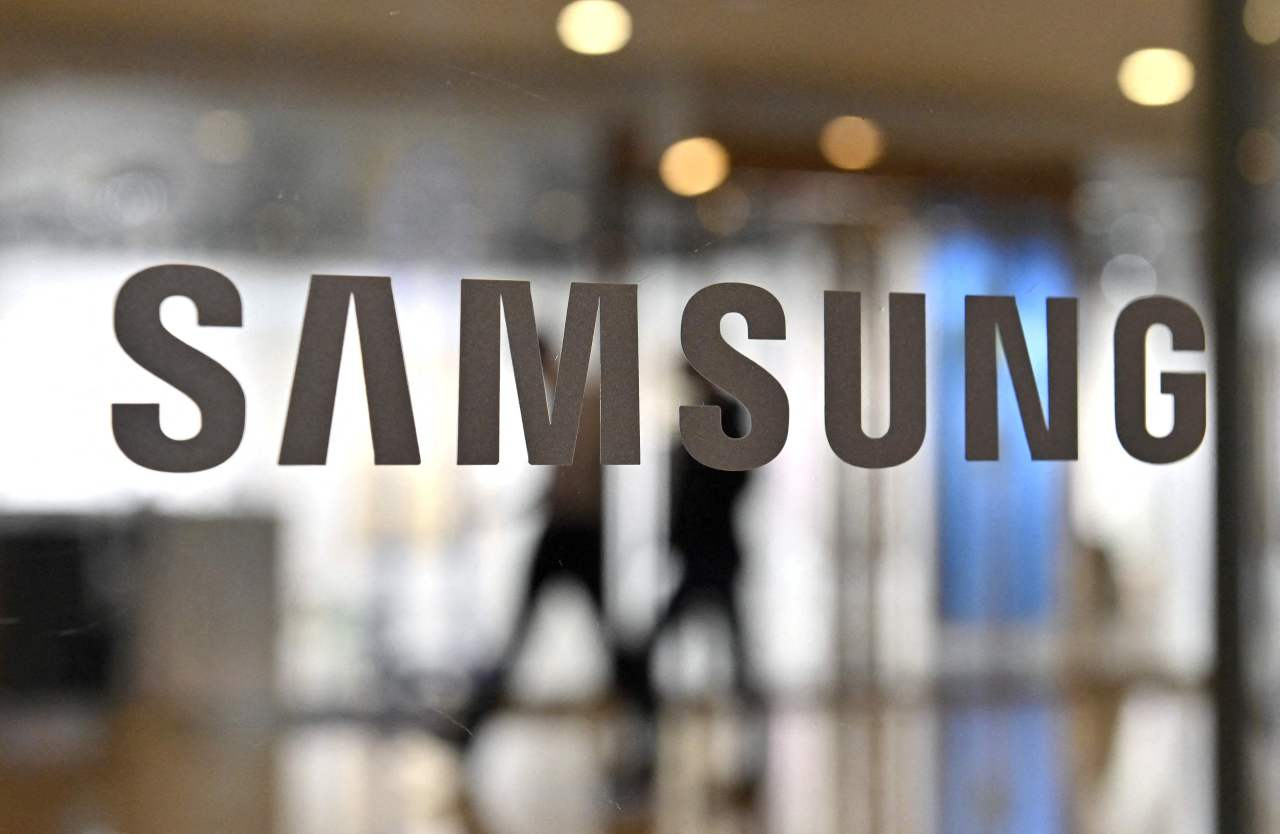 People walk past the Samsung logo displayed on a glass door at the company's Seocho building in Seoul. (Yonhap)

The Muziktiger edition, to go on sale from Monday, is priced at 1,280,400 won (US$997). The new edition comes with the handset device, a clear cover and Muziktiger accessories, including a key ring and a pop socket.

The Muziktiger edition will be available on Samsung Electronic's website, Galaxy Campus Store, and local e-commerce platforms Gmarket and Auction.

In April, Samsung's Galaxy Z Flip3 Pokemon Edition sold out within five minutes of its release in South Korea, following the recent runaway success of the Pokemon sticker-bread duo on the company's home turf.

Samsung, the world's largest mobile phone maker, has collaborated with popular designers and brands as part of efforts to target more fashion-savvy young consumers and expand an ecosystem of accessories and portfolios of limited-edition mobile products.

In 2015, it launched the Galaxy G6 edge Iron Man Edition in collaboration with Marvel. (Yonhap)