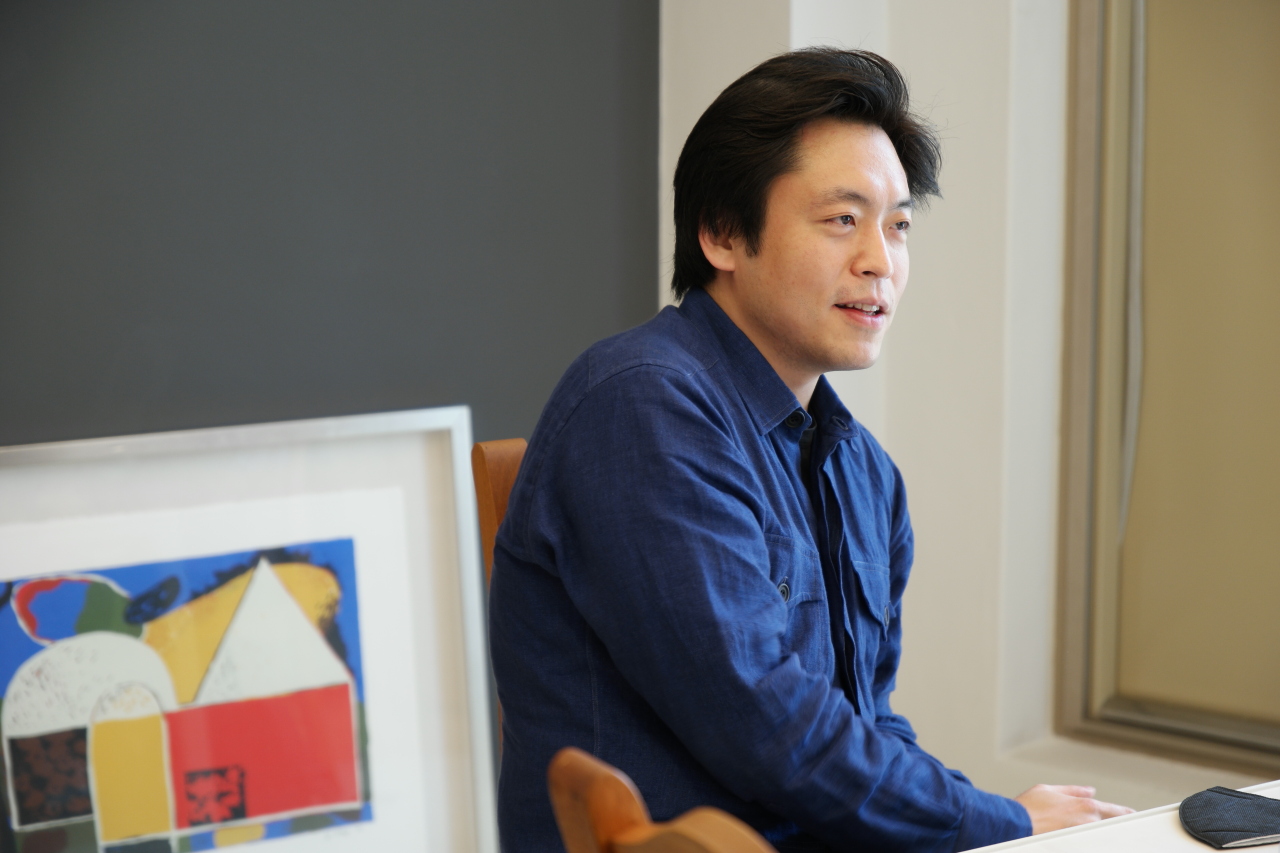 South Korean pianist Kim Sunwook is swapping out his usual repertoire of Beethoven and Brahms for the upcoming recitals to play pieces that were formative in his youth.

“For this recital, I wanted to take a break from Beethoven and Brahms, which I played numerous time in the 14 years of my career,” the 34-year-old pianist said, adding that he is facing a turning point as a musician.


Kim's history with these pieces is highlighted by a performance of Brahms’ Piano Concerto No. 2 that won him the prestigious Leeds International Piano Competition in 2006, at just 18, becoming the competition’s youngest winner in 40 years, as well as its first Asian winner. More recently, in 2012, he embarked on a journey to perform all 32 Beethoven sonatas.

“Although majestic these renowned pieces are not necessarily the most comforting music, posing a challenge for the audience as well as the performers,” Kim noted.

His first upcoming concert will be on May 15 at Seoul Arts Center. He will also take to the stage with the same program at Mapo Art Center in western Seoul on May 18 and Namhansanseong Art Hall in Gwangju, Gyeonggi Province, on May 19.

"I was six years old when I first heard Shubert’s Four Impromptus D. 899 and it introduced me to the beauty of music," he said. “It is also the first music score that I asked my parent to buy for me,” added Kim, who has since become an extensive score collector.

Liszt’s Piano Sonata in B minor S. 178 is another piece of music that was influential in Kim’s youth.

"I played Liszt a lot during my teenage years, and I was confident about playing his piano sonata," Kim said, adding that revisiting the piece was long overdue, considering he hasn't played it in nearly a decade.

In addition to these two masterpieces, he will perform Albeniz’s ”Iberia“ for the first time at the recitals. Kim, who calls himself a music nerd, said he discovered Albeniz while traveling in Spain a few years ago.

“I listen to local composers when I walk around a foreign country. I bought the music score collection of Albeniz in Spain, but had put it aside because they are so difficult. But this time, I picked a few pieces out of the second book of the four-book Iberia collection that I thought the audience would enjoy the most.”

“I feel like the period during which I performed Beethoven and Brahms also constituted my youth, and I feel like I’m a brand new musician now,” Kim said.

Along with departing from a familiar repertoire, Kim will also take a break from a 10-year streak of recording albums. Since 2013, the pianist recorded and released 10 albums.

“The process of recording is definitely helpful because I would only record music when I feel really confident about it. Having said that, I also need to take into consideration that the world is changing. There are so many platforms and no one carries CD players any more,” Kim said. “For the time being, I’m taking time off from recording albums.” 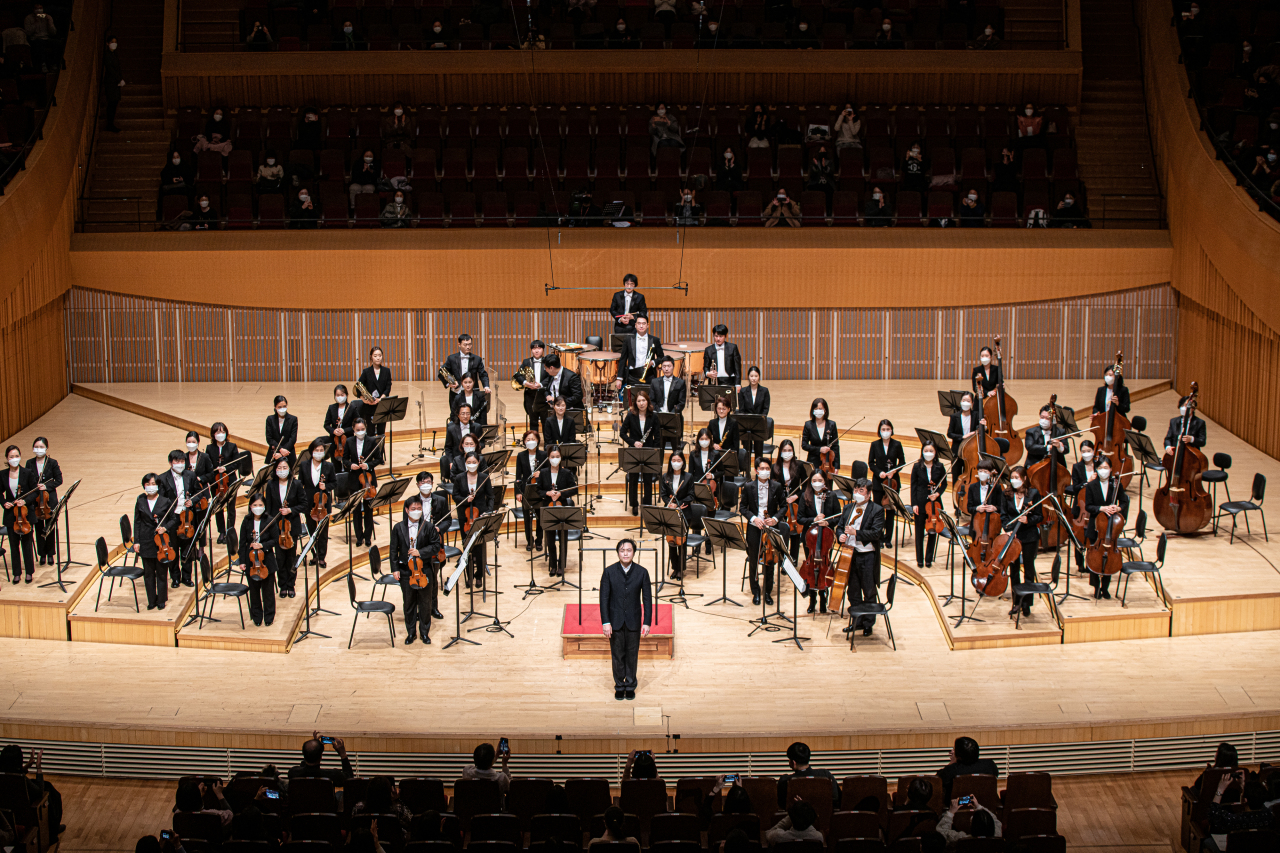 Pianist Kim Sunwook greets the audience after his debut stage as a conductor with the KBS Symphony Orchestra on January 12, 2021. (Vincero)

Even though he won’t be recording for a while, he expects an even more packed scheduled as he looks forward to growing as a conductor in the next five years.

The pandemic gave him an unexpected break from recitals and concerts and a chance to delve into the world of conducting -- a role he has been desired since he was a child, he said.

“If it weren’t for COVID-19, my debut as a conductor probably would have been delayed for a long time or wouldn’t have happened at all.”

During the pandemic, he developed a routine -- he would run first thing in the morning, practice the piano for about three hours starting at 10 am. He would then have lunch, take care of e-mail correspondence and other chores from 1 p.m. to 3 p.m. after which he would return to studying and analyzing music scores. In between, he would watch popular shows on Netflix and YouTube. This routine was something unimaginable when he was overwhelmed by engagements around the world.

“I get anxious if I don't practice the piano. I still practice at least 3 or 4 hours a day. However, after years of consistent practicing and accumulation of experience, I feel more relaxed because I can enjoy the process more, “Kim said.

“It is only now that I can do music according to my interpretation or direction. That’s why I feel like I am restarting my life as a musician,” he added.