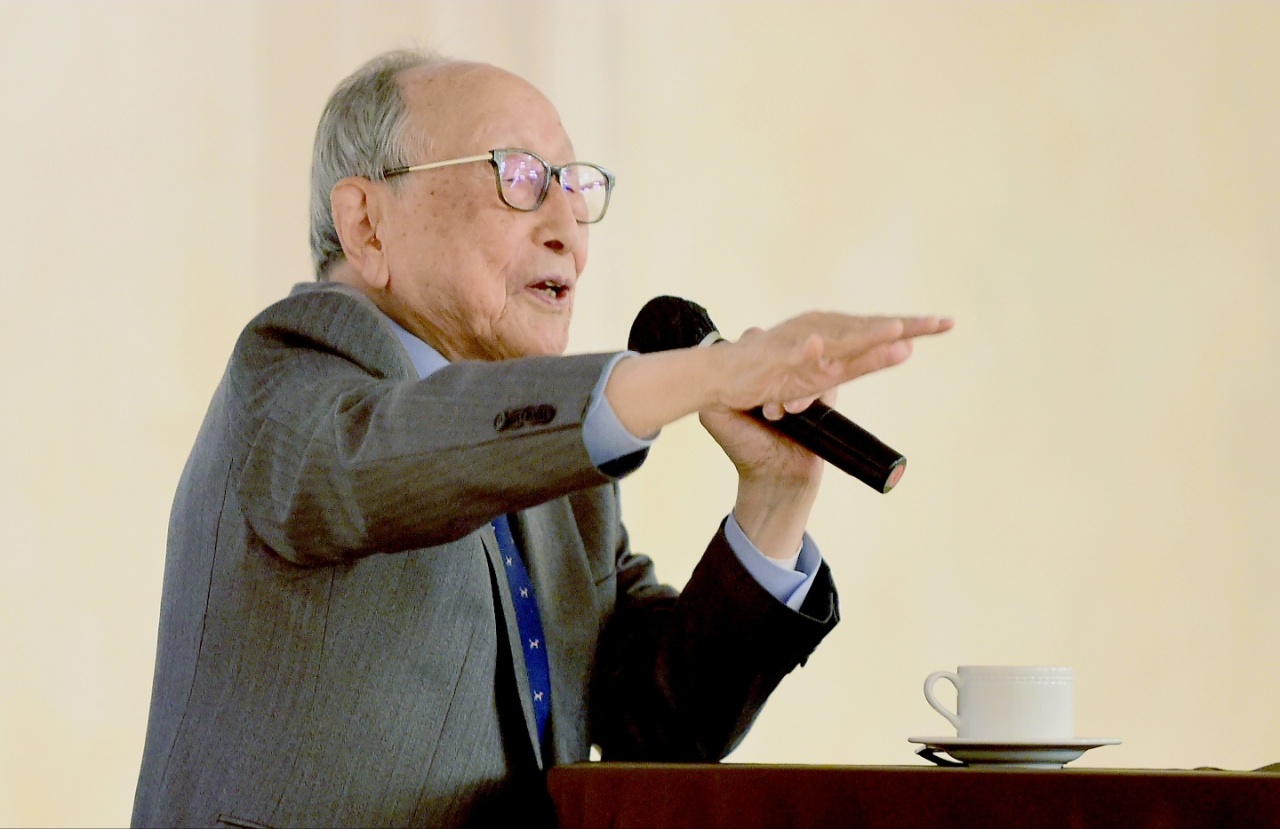 Kim Hyung-seok, professor emeritus at Yonsei University, speaks at The Korea Herald’s Global Business Forum held in Gangnam-gu, southern Seoul, on Wednesday. (Jenny Sung)
Learning, working and contributing to society -- these are the three steps that one should take every three decades in order to live a responsible and fulfilling life, according to Kim Hyung-seok, a 103-year-old professor emeritus at Yonsei University.

At The Korea Herald’s Global Business Forum held Wednesday evening in Gangnam-gu, southern Seoul, the esteemed scholar spoke of his own contemplations on the true meaning of life.

Born in North Korea’s South Pyongan Province in 1920, Kim lived through the most turbulent times of Korea’s history, from the Japanese colonial era to the Korean War, and South Korea’s democratic movements.

As a professor who taught philosophy for 31 years starting in 1954, Kim has not ceased writing books, columns and giving public lectures, even long after his retirement.

“Looking back, the years I had the most achievements were from the age of 60 to my 80s. People retire around this age and stop thinking about problems that society faces. But I thought I had a lot to share and give at the time, which turned out to be true,” Kim said. 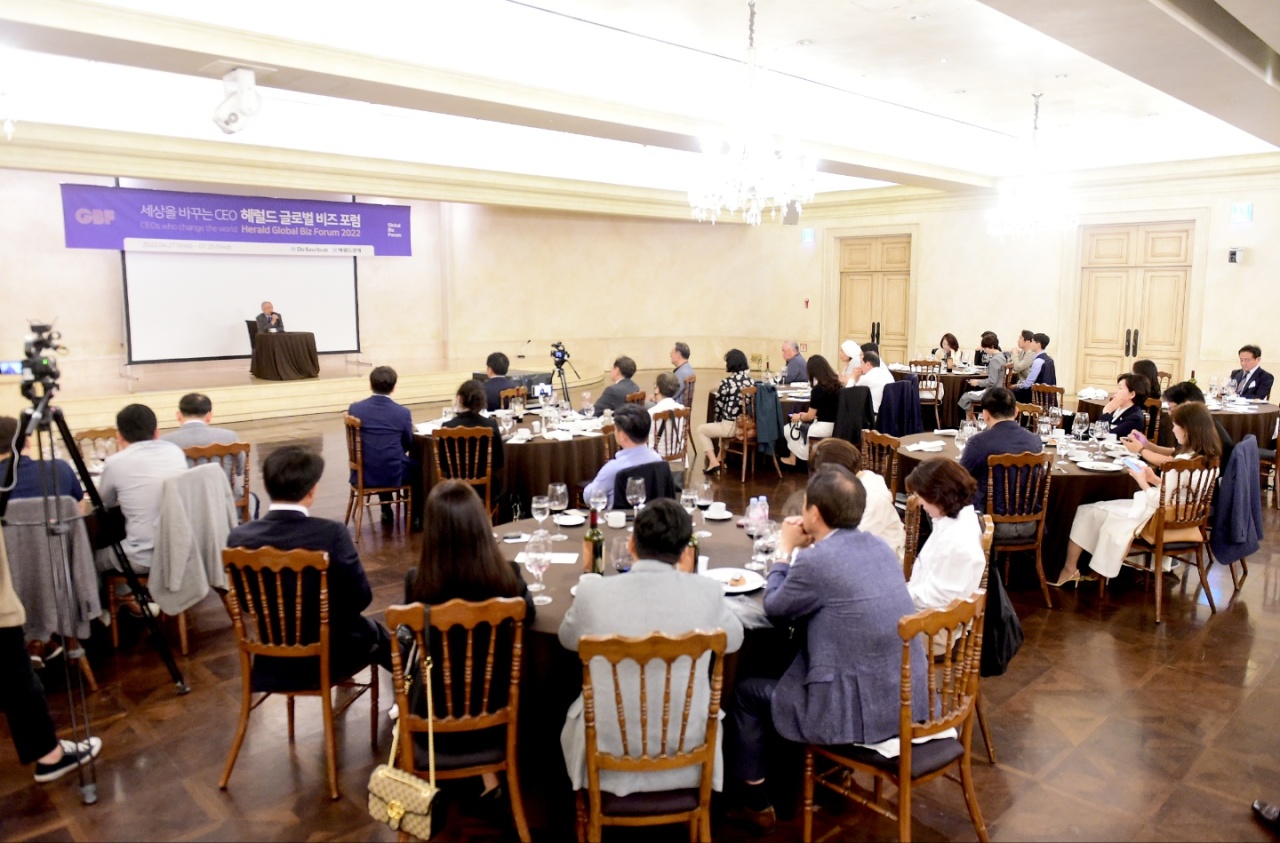 “Although different people handle a thousand different tasks each day at work, I’ve learned that it all comes down to a single reason. It is to live and share a worthy and happy life with others.”

Recalling his father’s words, Kim spoke on the importance of continuously expanding one’s thoughts. Such an attitude shapes one’s mental strength and can eventually help overcome physical weakness, which is the secret to living a healthy life, according to Kim.

“I want to share my father’s advice, which I treasure the most: Exercise your ability to think beyond the realm of your home, to keep reaching out to society and toward humanity.”