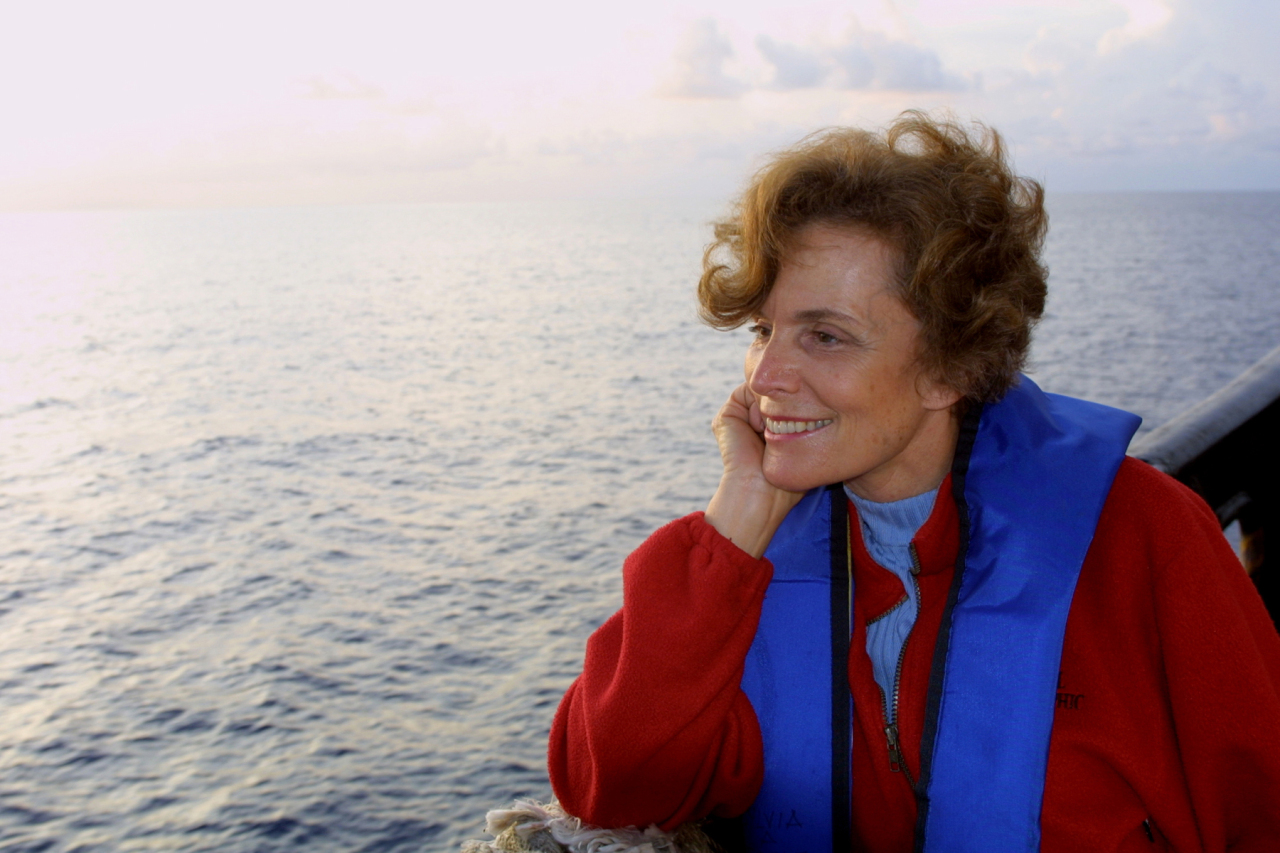 Sylvia Earle is seen aboard a deep sea submarine. (Sylvia Earle)
Sylvia Earle, the world’s best known marine biologist and oceanographer with more than 7,500 hours logged underwater, said the next decade is critical in rebuilding marine life and determining the future of marine ecosystems for the next 10,000 years.

Earle, who is also president and chairman of Mission Blue, explorer-in-residence at the National Geographic Society and Time Magazine’s first-ever Hero of the Planet, urged people to recognize the true cost and value of ocean wildlife and stop indiscriminately killing marine life.

“As 21st century humans, armed with unprecedented knowledge, we can and must do better than our predecessors,” Earle said an email interview with The Korea Herald in the run-up to the H.eco Forum on May 26.

“Above all, killing 90 percent of the sharks and many other large marine animals in a few decades is simply wrong morally. So is the indifference to pain and suffering inflicted, coupled with the loss of irreplaceable knowledge inherent in the nature of wild animals and their ecosystems.”

Earle, in particular, pointed to the devastating consequences of overfishing on the high seas and in the deep sea that endangers marine ecosystems.

“Targeting ocean wildlife for taking on an industrial scale tops my list of damaging activities,” she said. “Not only does removal of millions of tons of wild animals seriously impact the abundance and diversity of biodiversity and ecosystems, the resulting disruption of nutrient cycles also impacts the global carbon cycle, connections to phytoplankton abundance and distribution, and other changes to ocean chemistry with significant climate consequences.”

Overfishing has been compounded by multifaceted factors, including an increase in fish consumption across the world, global expansion of industrial fisheries spearheaded by transnational corporations and billions of dollars of government subsidies to the commercial fishing industry.

The government support, Earle said, makes the price of seafood unrealistically low. It also enables the fishing industry to identify and sell previously unexploited marine species such as fish and invertebrates from the deep sea, high seas and polar regions that were protected by their inaccessibility until late in the 20th century.

What makes matters worse is that the main culprits of global overfishing such as industrial fishing barons do not take responsibility nor make reasonable efforts, she said.

The American marine biologist underscored that the “overall unwillingness to recognize the true cost and the true value of ocean wildlife” has impeded global efforts to stop overfishing despite the magnitude of the issue.

“Alive in the sea, fish and other marine animals have an accounting base of zero. They are treated as free goods, available for anyone to take without the need to pay for them,” she said. “Farmers must care for the land and pay for what they grow in addition to getting their crops or animals to market. Not so for fishermen.”

Earle called for stakeholders in commercial fishing, including those who capture and sell marine species, and consumers, to look into the severity of overfishing and realize the window of opportunity to restore the health of the ocean is closing as overfishing continues.

Environmental activists have long warned about the catastrophic effects of overfishing, which they say has become an existential threat to the survival of marine life and endangered sustainable fisheries by depleting fish stocks faster than they can replenish the population.

Overexploitation in fisheries has led to marine habitat destruction and “disruption of tightly connected ocean food webs, and additional losses caused by lost and discarded nets, lines and other gear,” Earle said.

“Think of a bank account that protects the capital and draws down relatively small but sustained income versus consuming 90 percent and expecting to maintain on-going spending,” she said. “Given the two great environmental issues of the 21st century -- climate disruption and radical loss of biodiversity and wildlife abundance, it is vital to consider the enduring value of living ocean wildlife versus the short term interests that are literally costing the Earth.”

Earle underscored that the world is at a critical juncture in preventing marine ecosystems from crossing a tipping point, a threshold that the ecosystems can no longer endure environmental changes and create dramatic shifts.

“What we do -- or fail to do -- in the next ten years will determine the nature of the next ten thousand years,” Earle said. “There is time, but not a lot, to attain turning -- not irreversible tipping -- points. Every day that we look away makes it harder to achieve peace with the natural systems that make our existence possible.”

To resolve the ocean pollution, the marine biologist said people should first come up with ways to change their current “throw away attitude” and innovative solutions.

“More important than innovative technologies is innovative thinking,” Earle said. “All of us are part of the problem and all of us can be part of the solution. Taking responsibility starts by looking in the mirror.”