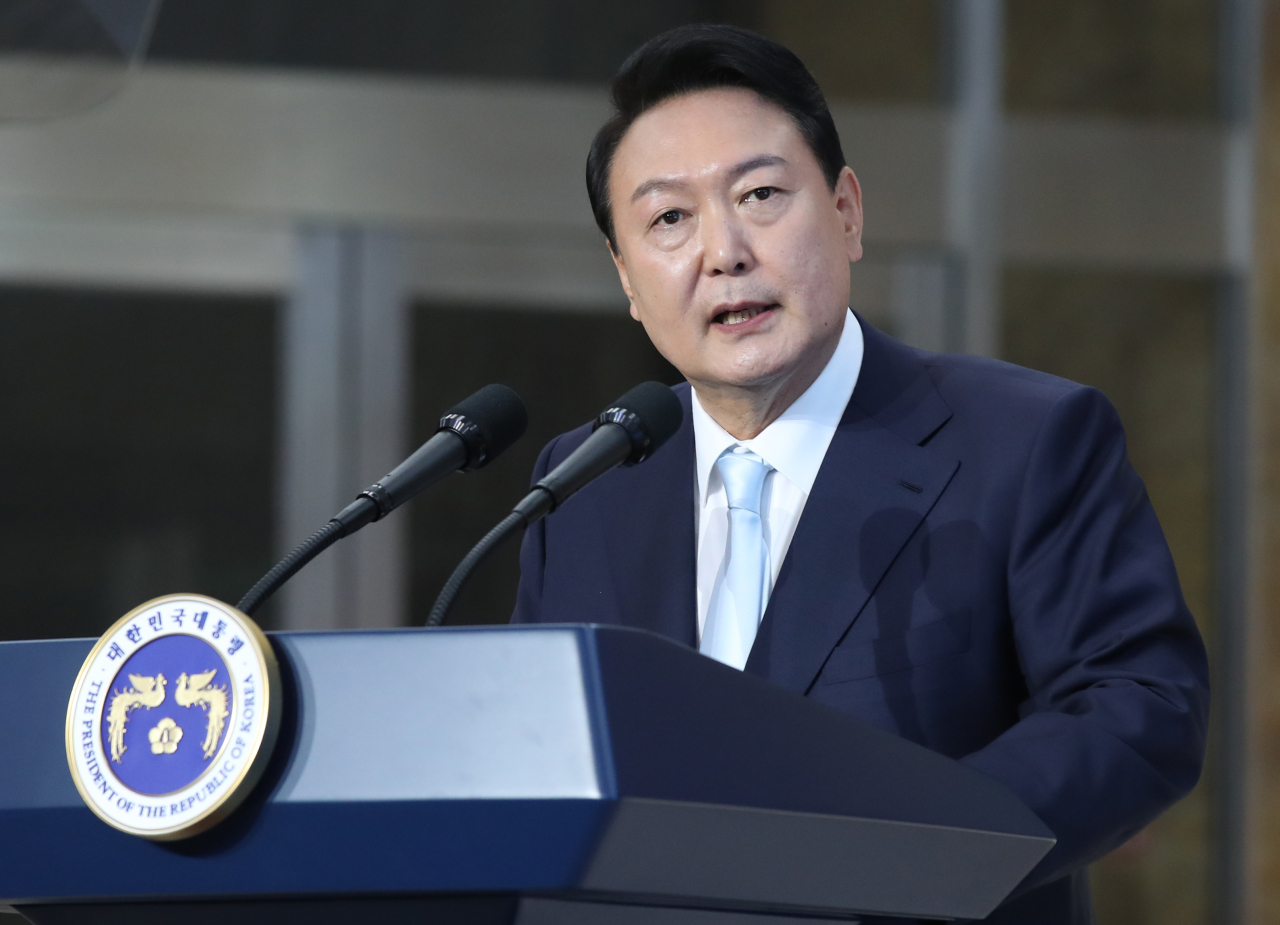 President Yoon Suk-yeol at the National Assembly. (Yonhap)
The Yoon Suk-yeol government is looking to make it easier for “vulnerable groups” to take out loans to follow through on his campaign promise, while offering better protection to consumers from predatory lending and unfair corporate practices.

The groups refer to self-employed people, small business owners, first-time home buyers and those fresh out of college who the government says need more financial support than all the others. COVID fallout and runaway housing prices have put them in greater focus.

“We have yet to receive a clear directive on details but given what’s been said so far, we expect expanding support for the financially challenged groups,” an official at the Financial Services Commission said.

The official was referring to Yoon’s “Target 110,” an agenda laying out 110 goals Yoon has given priority. Yoon’s office revealed it last week ahead of Yoon’s swearing in on Tuesday.

Financial authorities are preparing concrete steps, such as offering more favorable interest rates, rolling over maturing loans and reducing debts for the self-employed and small businesses to help them recoup losses caused by COVID-19.

For first-time home buyers and those seeking to open and expand their savings account from their first job, the government is considering partially easing a long set of mortgage rules and allowing more favorable terms on the savings accounts.

Meanwhile, the Yoon government is expected to put a greater check on banks seeking to inflate interest rates -- a complaint consumers have long filed with authorities.

Financial services companies would also face a higher burden of proof for any security breaches that violate consumers’ interests, according to authorities. Banks have long been accused of shifting the burden of proof to consumers or regulators to reduce damages to pay.

Authorities added that they will deal with unfair corporate practices, referring to a contentious spinoff LG Chem carried out and the stock options row at Kakao Pay, which all took place in January this year.

Individual investors holding shares in LG Chem, which wholly owned LG Energy Solution before the world’s second-largest battery maker went public in what was Korea’s record listing, cried foul over the lack of regulation for what they saw as a corporate practice that unfairly diluted their share value.

A similar spinoff also took place to float Kakao Pay, a payment arm of Korea’s leading chat app operator Kakao Corp., which is one of the two internet giants along with Naver.

But it was a stock price fall that brought down the CEO at Kakao Pay, where the senior management including the CEO exercised stock options a month after the initial public offering, causing what investors called an “unwarranted dip” in stock prices.

The bourse operator have had to roll out rules to oversee spinoff IPOs done by large-cap companies and lockup periods on executives looking to offload shares following an IPO, when shares could potentially run higher than expected on investor optimism.

Such rule change is one of many to come to level the playing field for consumers, authorities said.