[ The Korea Herald – Send E-mail ]
Constitution bars presidents from seeking reelections in S. Korea: Why?
Four facts about the S. Korean presidency
By Yoon Min-sik
Published : May 10, 2022 - 18:55
Updated : May 19, 2022 - 13:58
The history of Korean people spans across thousands of years, but the Republic of Korea, aka, South Korea, is relatively young, with its history punctuated by military dictatorships and struggles to establish a truly democratic system.

The presidential system itself has undergone multiple changes along the way, and several of the nation’s leaders have had less-than-fortunate endings.

Here are four facts about the South Korean presidency that you may not have known before.

The newly sworn-in Yoon Suk-yeol is officially the 20th president of South Korea, but the number of his predecessors is less than 19. In fact, there were only 12 people who held the position. This is because there had been times when presidents could hold the position for multiple terms in the country.

It has been customary to regard each term as an individual presidency. That means the nation’s first president, Syngman Rhee, is the first, second and third president. This is different from countries like the US, where the presidency is counted by how many people have held the position, regardless of how many terms they were in office.

The late military strongman Park Chung-hee held onto the top office from the fifth to ninth presidencies of the country.


The final approval ratings for outgoing President Moon Jae-in stood at 45 percent, dwarfing those of any of his predecessors since 1987. But a second term was never an option for Moon as Article 70 of the Constitution states that a president’s term is to be five years and cannot be repeated.

The constitutional ban on a president seeking reelection is a direct result of the country’s struggles against dictators.

In 1987, nationwide pro-democracy protests forced then-President Chun Doo-hwan to accept the people’s demand for a direct presidential election system. Lawmakers, then, set the presidential tenure to a single five-year term with a clause in the Constitution, which was confirmed via a referendum and came into effect in February of 1988. 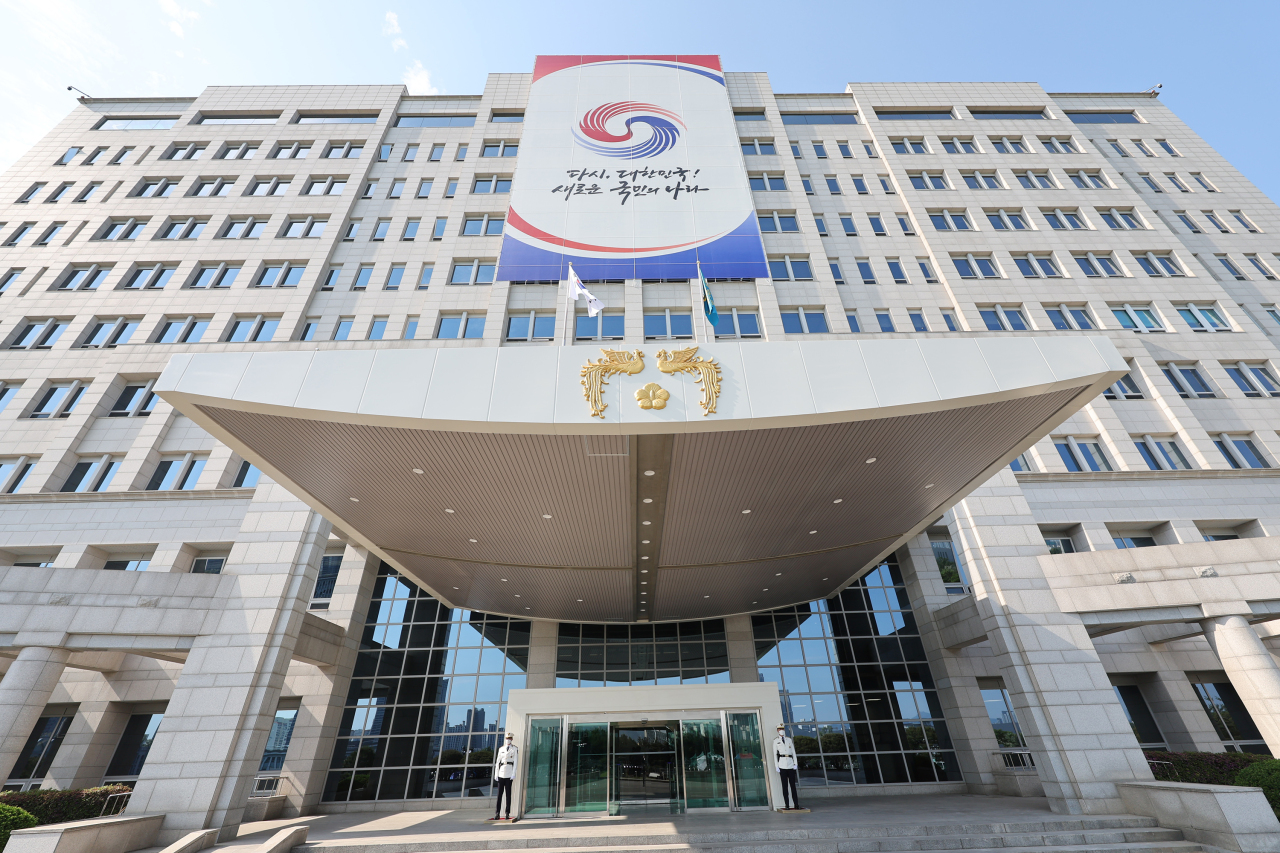 The first four South Korean presidents never finished their terms -- a testament to the tumultuous times the country had to go through as a new nation.

Former independent fighter Rhee revised the Constitution so that he could run for an unlimited number of terms in 1954 and faced heavy criticism for the election rigging of 1960. He stepped down in April of that year, after nationwide protests known as the April 19 Revolution.

Then leader of the opposition, Yoon Po-sun, succeeded him later in the year, but his presidency was short-lived due to a military coup led by Army Gen. Park Chung-hee on May 16, 1961. Park’s iron-fisted rule over the country spanned across two decades, but a bullet to the heart -- actually to the lung and brain -- killed him and his regime.

Another military dictator, Chun Doo-hwan, finished his term in the 1980s, putting his friend from the military, Roh Tae-woo, in the top office. The pair later ended up standing side by side in court for crimes against humanity and corruption, which eventually put both of them in jail.

Presidents of the 2000s also faced grim fates. Roh Moo-hyun in 2009 committed suicide after a controversial investigation by the prosecution that zeroed in on corruption allegations on his family, and his successors, Lee Myung-bak and Park Geun-hye, both got prison terms for corruption and abuse of power.

The Honorable Treatment of Ex-Presidents Act stipulates that a former president is entitled to a pension worth 95 percent of his or her salary in office. Other benefits include three secretaries, a driver, bodyguards, security service, medical services, and other expenses and subsidies including office space and transportation.

Ironically, Moon is the only one of the three surviving former presidents that can receive this pension. The law stipulates that such benefits will be stripped in the case that one is sentenced to imprisonment. Both former Presidents Lee Myung-bak and Park Geun-hye were convicted of corruption while in office.