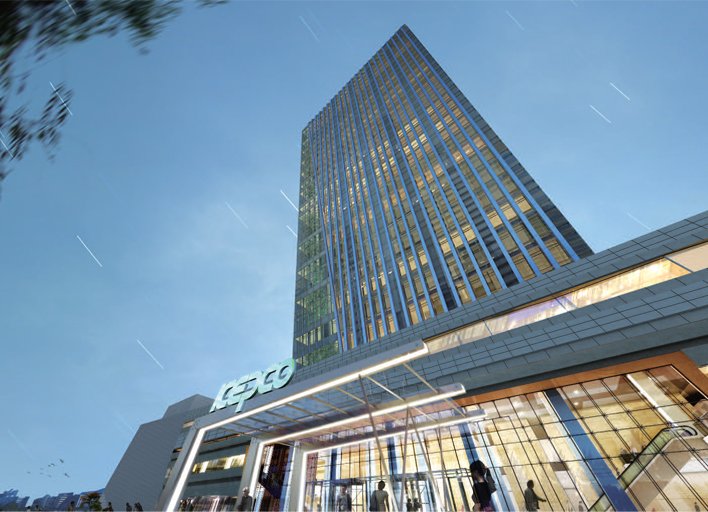 Headquarters of the Korea Electric Power Corp., located in Naju, South Jeolla Province (KEPCO blog)
SEJONG -- Almost 1 out of every 2 state-funded agencies in South Korea were in the red last year, state data showed Tuesday, in the wake of the ongoing pandemic and soaring oil prices.

Of the 362 public agencies surveyed, 170, or 46.9 percent, suffered operating losses in 2021, according to Alio, a system that publicizes management information of public agencies. They included the Korea Electric Power Corp. and the Incheon International Airport Corp.

Kepco posted the largest deficit with an operating loss of 5.86 trillion won ($4.6 billion) due to high import prices of international crude, which is used for power generation.

The figure outstripped its deficit of 2.79 trillion won in 2008, when the global financial crisis rocked the nation. Kepco posted an operating profit of 4.86 trillion won in 2020 on the back of then-low oil prices.

The power company could see an all-time high operating loss of 17 trillion won this year, according to predictions by local brokerage firms. This year’s growth in international crude prices far outpaced last year’s.

The Incheon International Airport Corp. recorded the second-largest deficit among the 362 public agencies with an operating loss of 930 billion won in 2021, trailed by the Korea Railroad Corp. with 888.1 billion won.

The agencies had taken a beating during the COVID-19 pandemic since early 2020 after recording positive operating profits in 2019. But their business performances are likely to see a sharp rebound this year thanks to relaxed regulations on social distancing at home and abroad.

The Korea Ocean Business Corp. ranked No. 2 with 4.95 trillion won in operating profit, followed by the Industrial Bank of Korea with 3.23 trillion won, the National Health Insurance Service with 2.18 trillion won and the Korea Development Bank with 1.84 trillion won.

Among the next were the Korea Sports Promotion Foundation who raked in 1.81 trillion won in profit, the Korea Gas Corp. at 1.23 trillion won, the Korea Hydro & Nuclear Power at 804.4 billion won and the Export-Import Bank of Korea at 752 billion won.