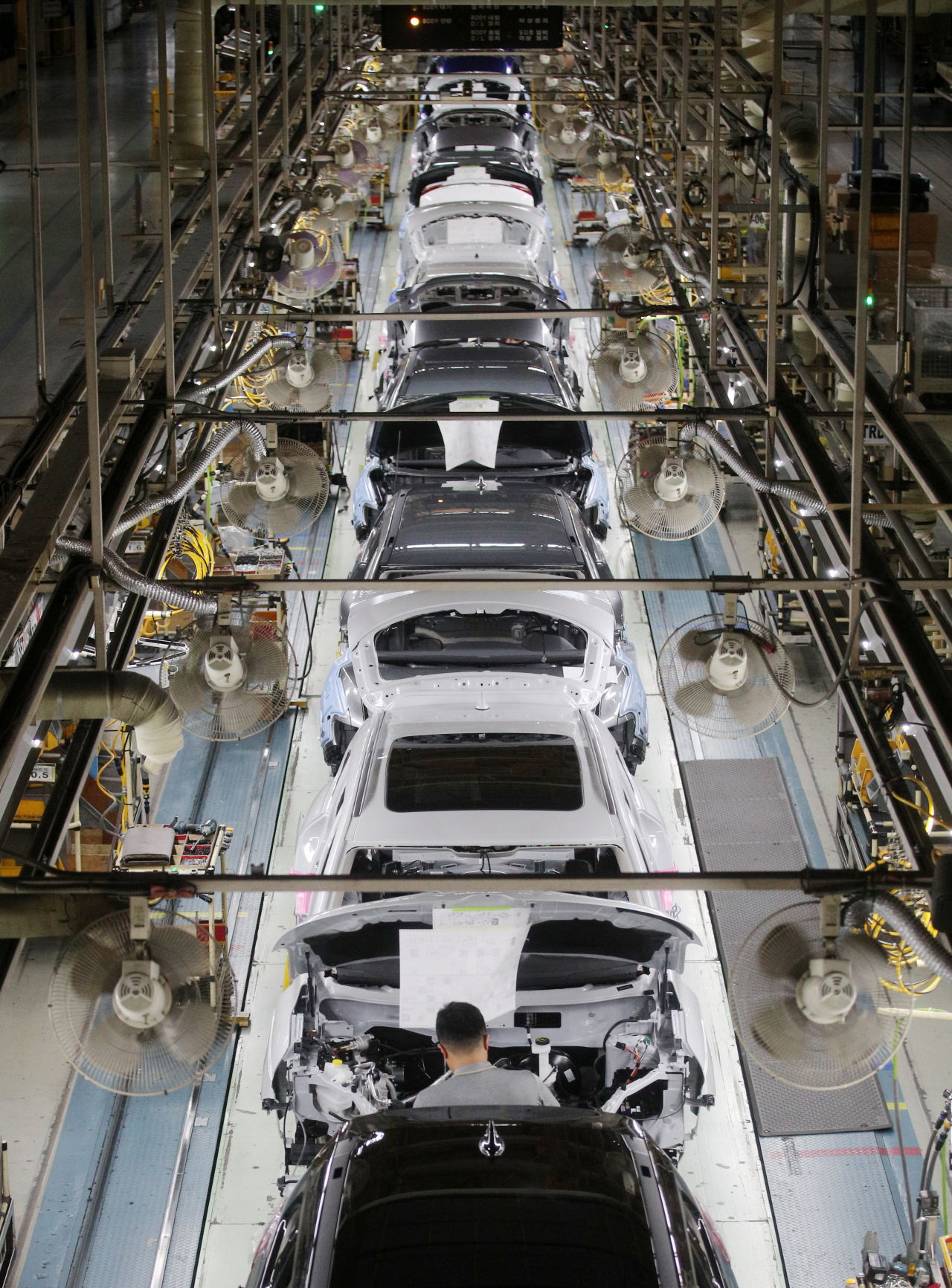 Inside Renault Korea Motors’ Busan manufacturing plant. (Yonhap)
Chinese automotive manufacturer Geely Auto of Zhejiang Geely Holding Group is acquiring a 34.02 percent stake in Renault Korea Motors, as part of a strategic effort to establish a foothold in the local market for expanding its overseas presence, according to experts.

Hangzhou-based Geely Automobile Holdings is China’s largest privately-owned automotive group. With an above-30 percent share in the Korean carmaker, which recently dropped “Samsung” from its name upon termination of its contract with the firm, Geely Auto will be the second largest shareholder.

Currently, Renault Group has an 80.1 percent share in Renault Korea Motors. The second largest shareholder was Samsung Card with 19.9 percent, before it announced in December that it was selling off its entire share in the carmaker.

In another announcement on Tuesday, French carmaker Renault Group said the capital raised from stake sales will be invested in the French automaker’s electric vehicle business. It is reported that Geely will acquire some 45 million newly issued shares from Renault Korea Motors at 264 billion won ($207 million).

While Renault Korea Motors said the Chinese carmaker’s latest acquisition comes after an agreement was clinched in January between the two firms to work on hybrid models, market insiders speculated that Geely Auto is leveraging the Korean automaker to secure a foothold in the local market in terms of production -- and possibly sales. The acquisition is widely seen as the second case of a Chinese automaker securing production capacity in Korea after Shanghai Automotive Industry Corporation acquired a controlling stake in SsangYong Motor in 2004. SAIC ditched its management rights over the SUV maker five years later, citing a serious liquidity crisis.

The announcement came three months after a minor production deal was made between an electric commercial vehicle unit of Geely Auto and a local company.

However, Geely’s possible strategy to enter the Korean consumer market with its EVs and hybrids remains uncertain, as market competition is already high for eco-friendly vehicles. Korean auto giants Hyundai and Kia have been dominating the green car market scene along with strong sales by luxury carmakers Mercedez-Benz, BMW and Volkswagen.

According to Renault Korea Motors, high-efficiency hybrid models will be produced at the Korean carmaker’s sole plant in Busan, with volume production set to begin in 2024. The vehicles will make use of the hybrid technology and Compact Modular Architecture platform from Swedish carmaker Volvo, which is 100 percent owned by Geely Auto.

Besides owning a 100 percent stake in Volvo and a significant share in the Korean unit of the Renault Group, Geely Auto acquired a 9.69 percent stake in Daimler AG in 2018, which has been renamed to Mercedes-Benz AG earlier this year.

EV maker Polestar, which established its Korean branch to launch Polestar 2 in the local market earlier this year, is an EV brand co-developed by Volvo and Geely.