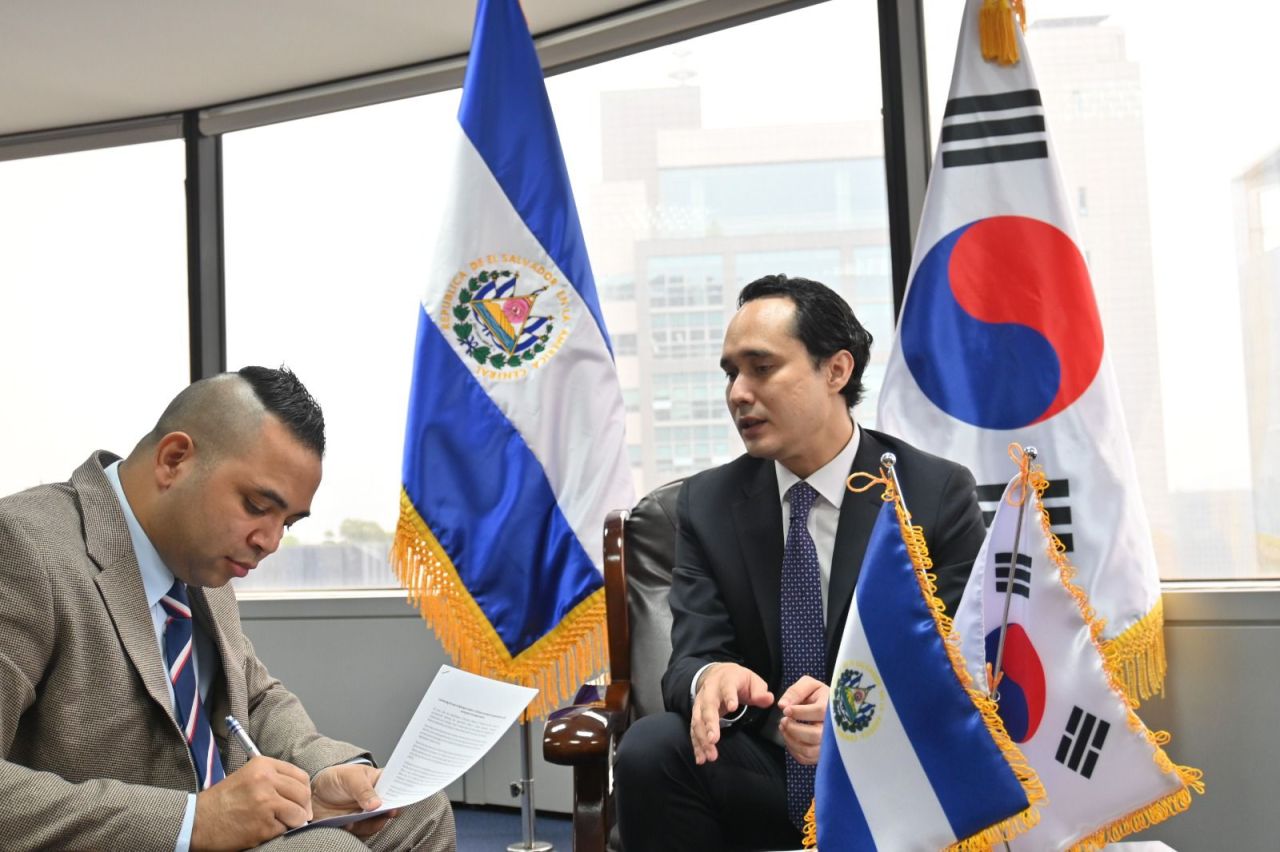 El Salvador’s Ambassador to South Korea Jaime Jose Lopez Badia speaks to The Korea Herald at the Embassy of El Salvador residence in Jung-gu, Seoul, on April 25. (Sanjay Kumar/The Korea Herald)
Korean expertise is essential to achieve and accelerate logistics transformation in El Salvador, the country’s top envoy to Korea said during an interview with The Korea Herald.

According to Lopez, the increase of Korean foreign direct investment in El Salvador in recent years is also remarkable in terms of its contribution to the national economy. By the end of 2021, the Central Reserve Bank reported an increase of 4 percent in comparison to the previous year, generating about 7,500 jobs. Salvadoran exports to South Korea reached a record high in 2021, increasing by 35 percent compared to 2020.

“El Salvador must take advantage of these potential opportunities and overcome different challenges to achieve better results regarding the Free Trade Agreement with Korea,” Lopez said.

“The Korean private sector can achieve common benefits by participating in one of the most dynamic and innovative areas of the national economy, generated by the adoption of bitcoin as legal tender,” he stressed.

According to Lopez, legalization of cryptocurrency leads to development of many state modernization projects, including El Salvador’s energy matrix transformation and decentralization of industrial and digital development as part of the “Bitcoin City” project.

“Our government has created a comprehensive ecosystem around bitcoin that benefits private entities and the Salvadoran population,” he said.

El Salvador recently held a high-level conference between the Minister of Economy of El Salvador and Korean companies related to blockchain and cryptocurrencies, who are interested in investing and establishing representative offices in El Salvador.

The envoy sees Korea’s historic transformation as a global benchmark for development as the tenth largest economy in the world and one of the main donors to Organization for Economic Cooperation and Development.

Lopez outlined areas of mutual interest such as technological innovation, ports, airports and energy infrastructure projects, as well as promoting technical exchanges in terms of urban territorial planning, environmental sustainability and digitalization of public services. Lopez said that El Salvador and South Korea have worked to strengthen national technological and research capacities to guarantee food security; and sustainability of ecosystems and use of natural resources. The two countries have also worked on digital governance and support for micro, small and medium-sized enterprises, as well as for health, education, security and culture.

The ambassador pointed to Korea as a reference point for applied health technology. The two countries have mainstreamed bilateral and multilateral cooperation on health, safety, technology, the environment and sustainable development, he said.

The year 2022 is a milestone for El Salvador to outline the future direction of greater South Korean presence in the country and implement complementary initiatives.

“El Salvador will remain committed to ensuring tangible, sustainable and substantial achievements over the next 60 years of diplomatic relations,” the ambassador said.

This interview is a part of The Korea Herald’s interviews commemorating 60th anniversary of the establishment of diplomatic relations between of Korea and 13 Latin American countries with embassies in Seoul. -- Ed