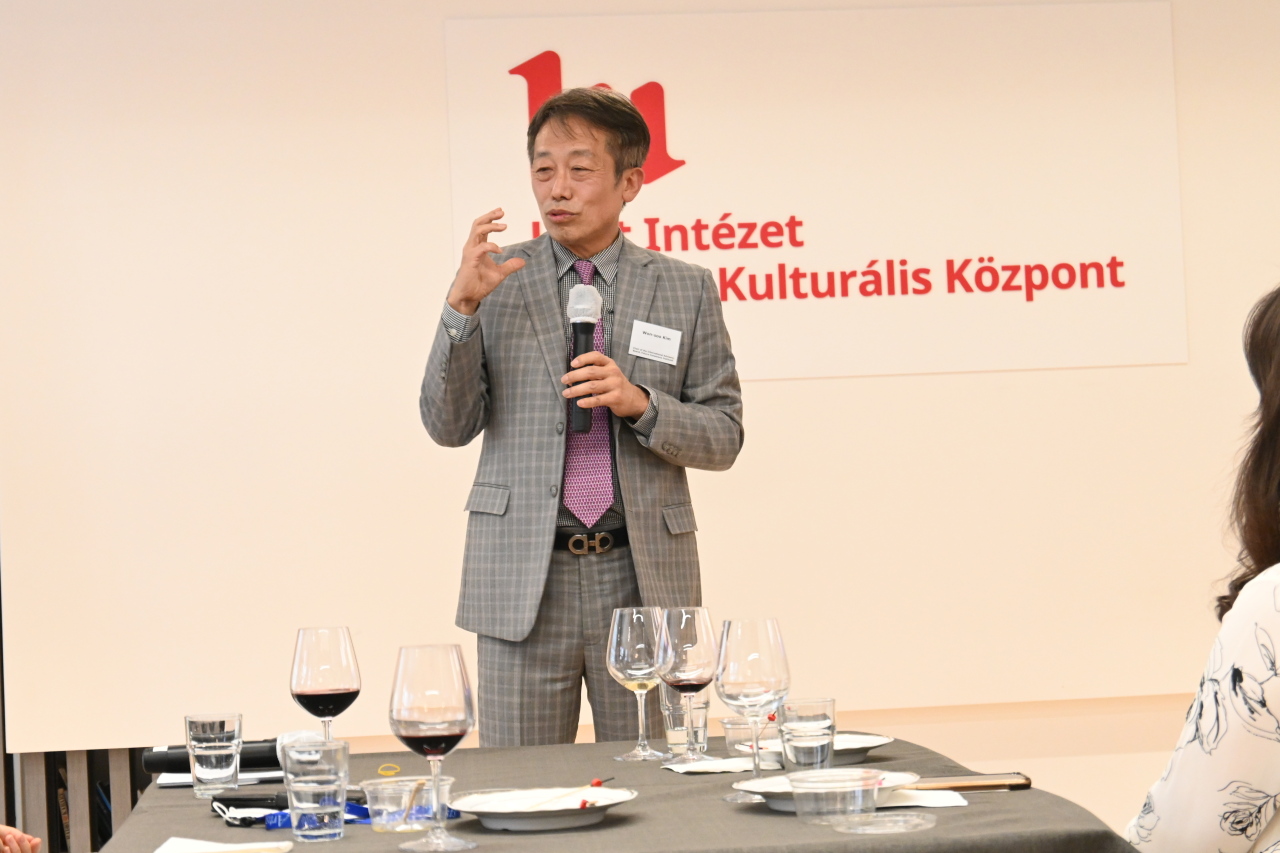 Citing the EU’s role in Iran’s denuclearization talks, South Korea can bring India, Mexico, Indonesia, or other countries who share similar interests and have a significant international presence without being strongly aligned with the US and China, Kim said, stressing there are functional approaches that can be taken instead of political ones.

Other than the US, China, Russia and Japan that surround the Korean Peninsula, other powers, such as the EU, could help bring back North Korea to the negotiating table to end its nuclear weapons programs, Kim said.

Kim was speaking at the forum on May 3 hosted by the Corea Image Communication Institute, this time in cooperation with the Liszt Institute. The forum, moderated by CICI President Choi Jung-wha who founded the organization in 2003, gathers ambassadors, journalists, business representatives and opinion leaders from Korea to discuss topical social issues.

The remarks come as North Korea has been ramping up missile launches this year, conducting 15 weapons tests, including the launch of an intercontinental ballistic missile. 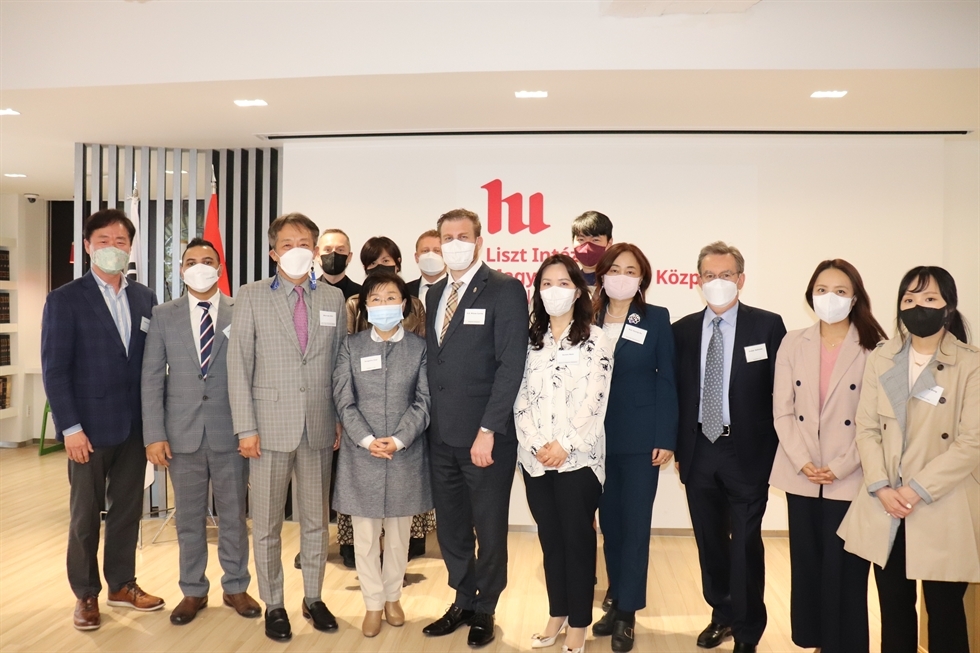 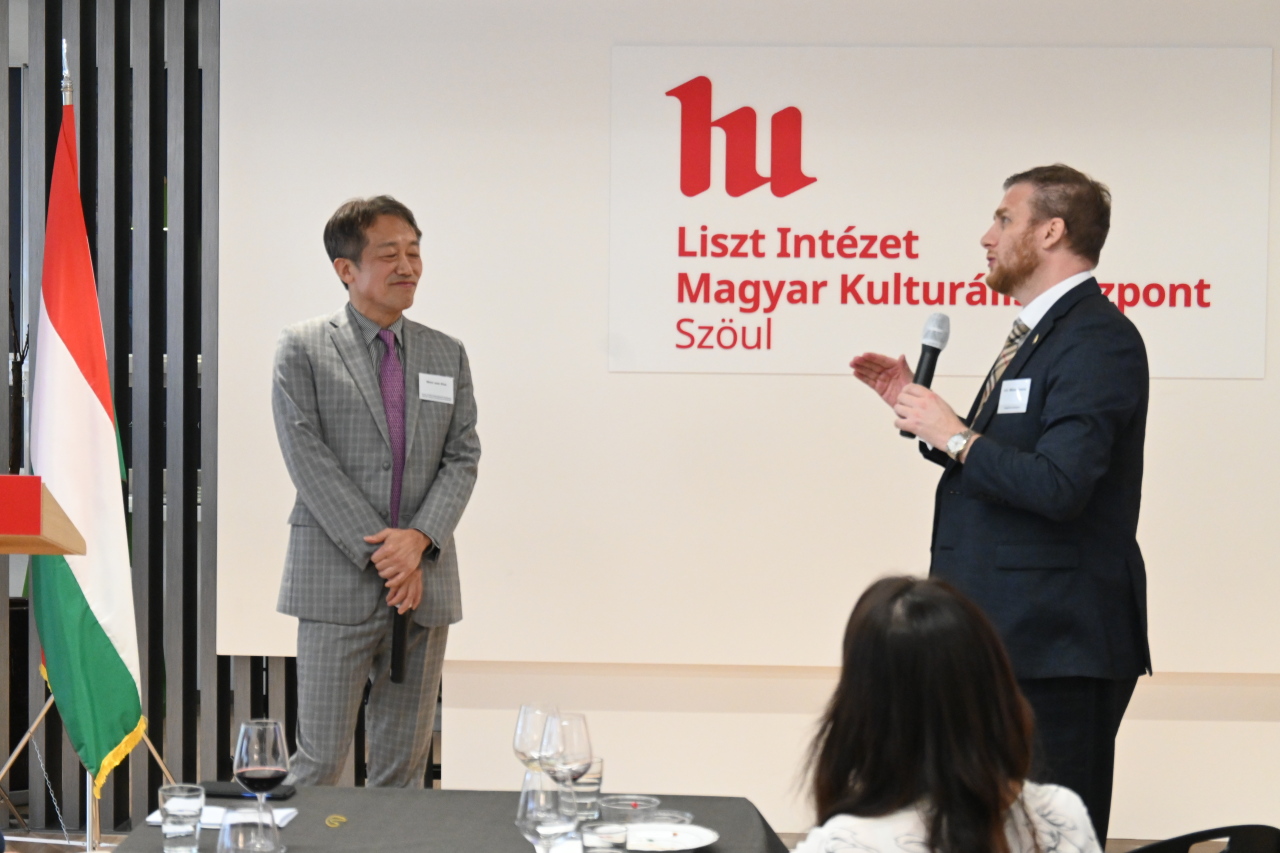 Hungarian Ambassador to Korea Mozes Csoma interacts with former UN Undersecretary-General Kim Won-soo at Korea CQ Forum. (Sanjay Kumar/The Korea Herald)
That is why the incoming administration should “get back to basics” in mapping out its foreign and security policies, he said, stressing the need for national consensus.

In doing so, Korea should “aim for the best, but prepare for worst” by developing contingency plans, thinking ahead and coordinating with allies and partners.

“If another world war happens, both Koreas are in a difficult situation,” Kim warned, pointing to Russia’s invasion of Ukraine. “If such case happens with Korea what we are going to do?”

“There is no magic solution,” Kim said, as whatever choice Korea makes will come with downsides and costs.

Should Korea choose a closer alliance with the US, it will inevitably impact relations with China, Korea’s biggest trading partner, he said, adding that “alliance comes with reciprocity.” 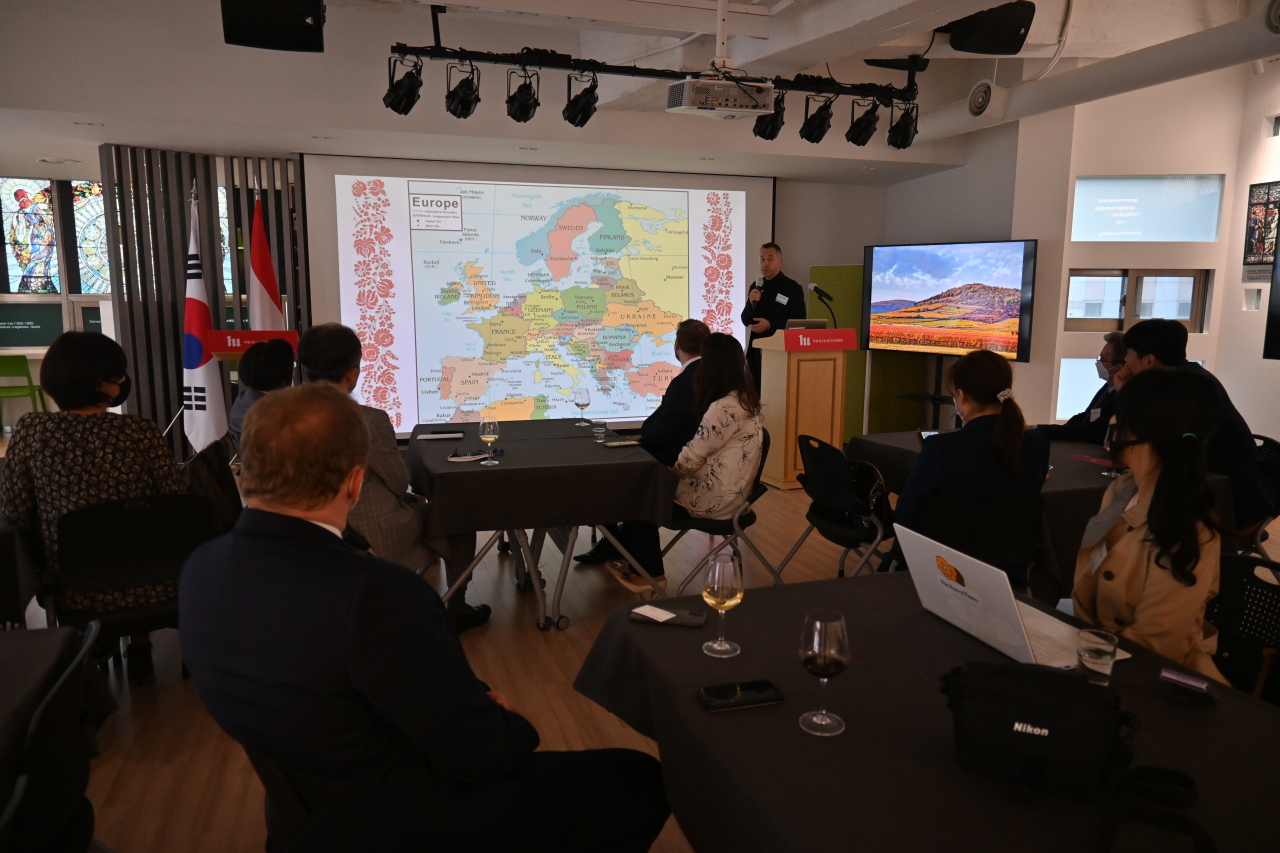 Medvigy, a wine expert, delivered a short presentation on the cultural background of Hungarian wines and wine culture.

He also spoke about the mission of the Liszt Institute, which aims to promote Hungarian culture in Korea and strengthen relations and public diplomacy on a wide spectrum through art exhibitions, movies, classical, folk and pop music, arts and crafts, culinary events, sports, education, design and street art.