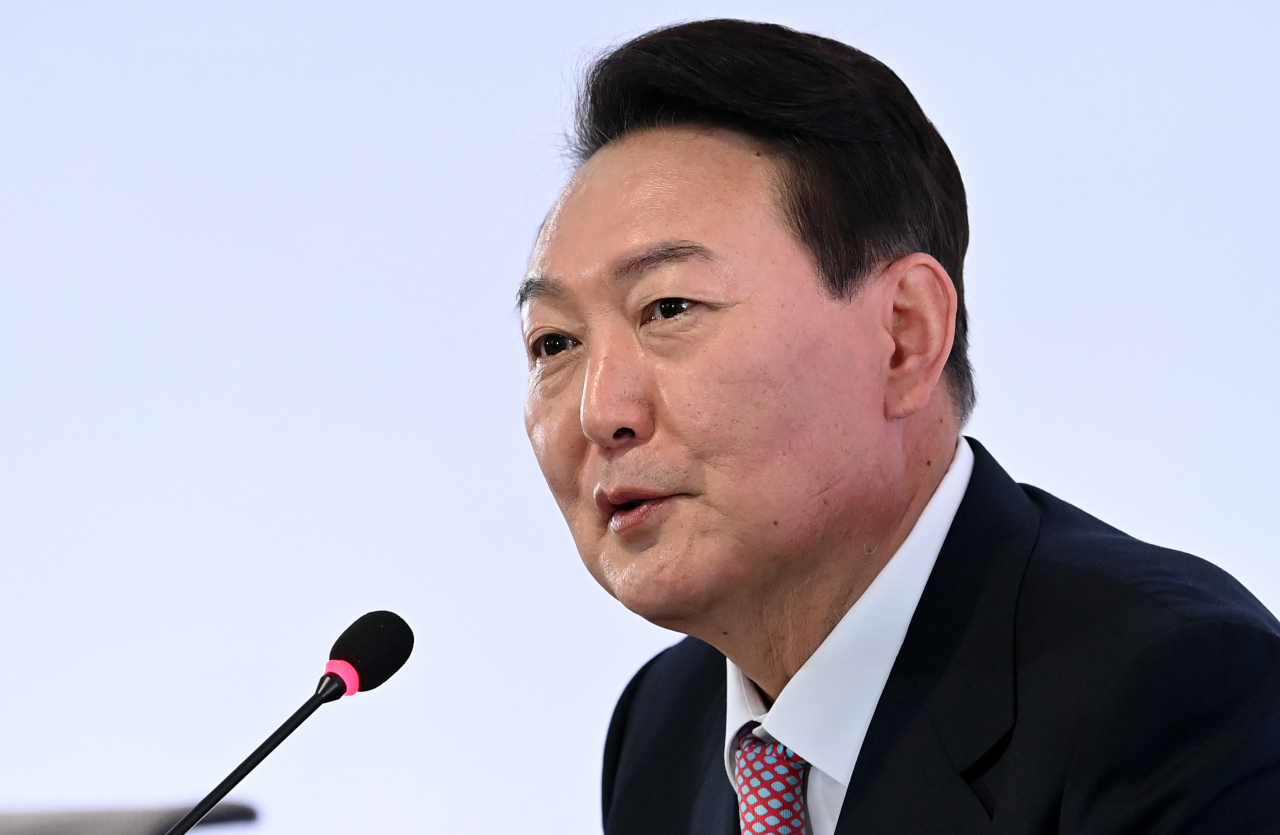 Incoming President Yoon Suk-yeol will begin his term at midnight Monday at an underground bunker set up at his office building by receiving a briefing from the Joint Chiefs of Staff as the commander-in-chief, an official said.

Yoon will be briefed by phone in the underground bunker of the new presidential office in Yongsan, which will serve as the situation room of the national crisis management center.

"He will receive his first phone briefing from the JCS command and control center upon the transfer of military command," the official said.

The national crisis management center is used for meetings by the presidential National Security Council and was previously set up in the underground bunker of Cheong Wa Dae prior to the presidential office's relocation.

Yoon's predecessors, Moon Jae-in and Park Geun-hye, received their first JCS briefing at their homes, while former President Lee Myung-bak received his briefing at the office of his transition team.

Lee and Park held the calls at midnight, while Moon held the call at 8 a.m. as his term began immediately after a snap election that resulted from Park's removal from office. (Yonhap)