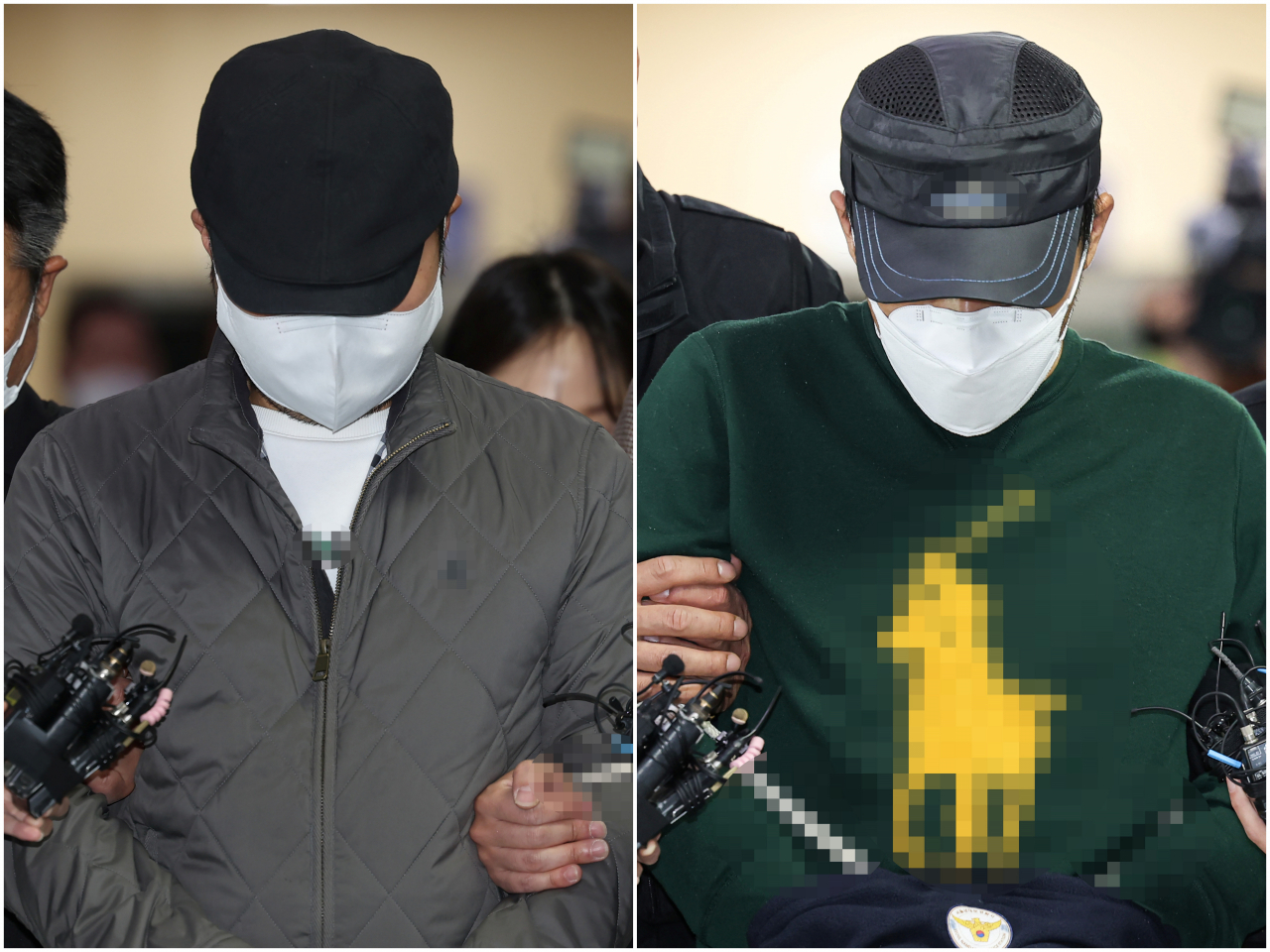 This composite photo shows a Woori Bank employee (L) and his brother, suspected of embezzling company funds, coming out of Namdaemun Police Station in central Seoul to be sent to the Seoul Central District Prosecutors Office on Friday. (Yonhap)

Police on Friday referred an employee of Woori Bank, one of South Korea's largest commercial banks, and his brother to the prosecution on charges of embezzling more than 60 billion won ($47 million), officials said.

The employee is suspected of having embezzled a total of 61.4 billion won through three occasions, in 2012, 2015 and 2018. He turned himself in last week after learning the bank determined him as a suspect and filed a complaint against him.

Most of the stolen money was found to be from a 57.8-billion won contract deposit that Woori Bank has to return to Iran's largest consumer electronics maker Entekhab Industrial Group in connection with a failed acquisition deal.

His brother was also taken into custody, as some of the funds were transferred to his business.

On their way to the Seoul Central District Prosecutors Office, the suspects stayed silent in the face of reporters' questions, including whether they admit to their charges.

Police said they will continue investigating where the suspects used the money and the possibility of another accomplice. (Yonhap)