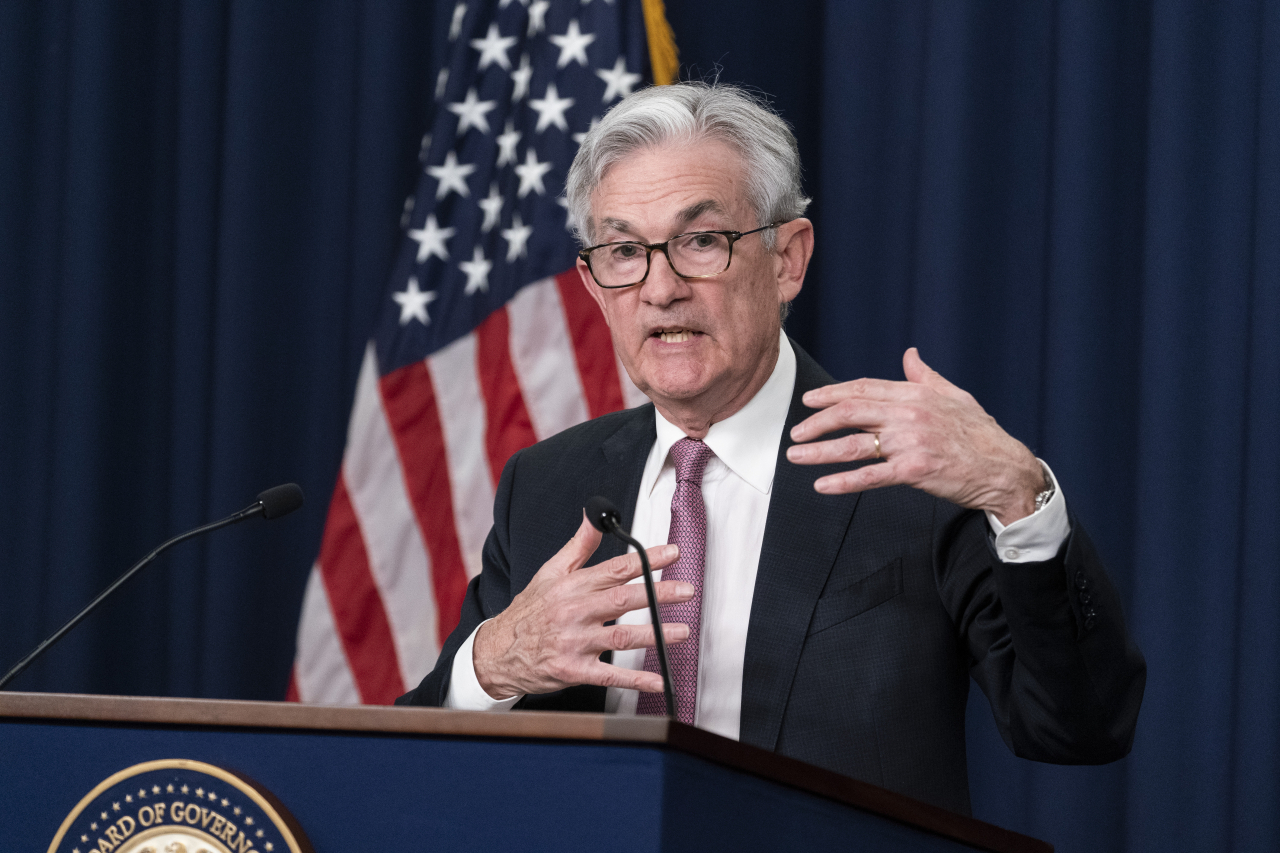 This AP photo shows Federal Reserve Board Chair Jerome Powell speaking during a news conference at the Federal Reserve in Washington on Wednesday in Washington, as the central bank intensified its drive to curb the worst inflation in 40 years by raising its benchmark short-term interest rate by a sizable half-percentage point. (AP-Yonhap)

On Wednesday (US time), the Federal Reserve raised its benchmark interest rates by a half-percentage point to curb the country's worst inflation in about four decades. The increase was the sharpest in 22 years.

Fed Chairman Jerome Powell said 50-basis point rate hikes "should be on the table at the next couple of meetings," though the committee is not actively considering even more aggressive rate hikes.

"The government will closely monitor the market situation and risk factors with extra caution and implement stabilization measures actively and swiftly, if needed," he added.

Lee, however, noted the global uncertainties have had a limited impact on the South Korean economy up until now, citing the country's relatively resilient economic recovery and improved consumer sentiment in recent months.

South Korea's stock and currency markets got off to a weak start Friday. The benchmark stock price index had lost 1.2 percent, or 30.41 points, to trade at 2,647.16 as of 9:25 a.m., and the local currency was trading at 1,272 won per the US dollar, down 5.7 won from Wednesday's close. The stock market closed Thursday for Children's Day holiday.

US stocks plunged Thursday on renewed concerns over an economic slowdown due to high inflation and the Fed's monetary tightening, a sharp reversal from the previous day's large gains. The Dow Jones Industrial Average shed 3.12 percent, and the tech-heavy Nasdaq composite tumbled 4.99 percent.

In a separate meeting held Thursday, the Bank of Korea (BOK) said the results of the Fed's meeting largely matched market expectations and Powell's remarks appear to be regarded as "somewhat dovish."

But the BOK called for beefing up market monitoring, as surging inflation and the Fed's envisioned rate hikes are expected to boost uncertainties, along with prolonged market uncertainties caused by the war in Ukraine and the economic slowdown in China. (Yonhap)